The Vols face Virginia Sunday at 2 p.m. ET in their first College World Series game since 2005. 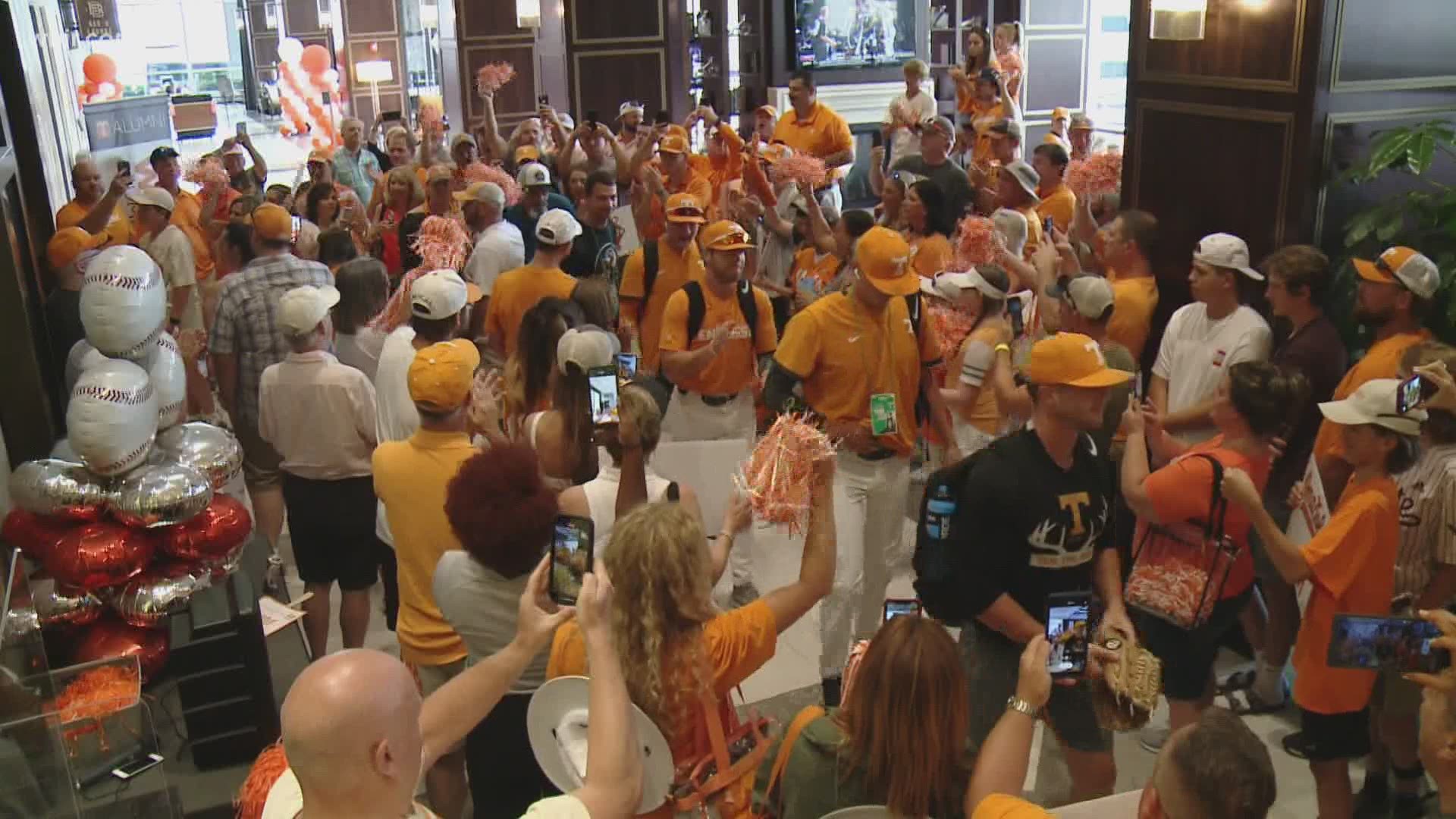 OMAHA, Neb. — The stage is set. Tennessee baseball starts its chase for the national crown Sunday at 2 p.m. ET as the Vols face Virginia in the opening round of the College World Series.

The game will be aired on ESPN2. Tom Hart (play-by-play), VFL Chris Burke (analyst) and Ben McDonald (analyst) have the call.

Former WBIR 10Sports Reporter Kris Budden is also on the call as a reporter.

Tennessee enters the game with a 50-16 record. This is only the third time in program history that UT has totaled 50 wins in a season and the first time since 1995.

This fanbase did NOT disappoint.

Watch as Vol fans show their support for Tony Vitello and the Tennessee Baseball team!@wbir pic.twitter.com/A417pjk7yZ

Junior right-handed pitcher Chad Dallas will start on the mound for Tennessee.

The Vols stranded eight runners, en route to a 6-0 loss to Virginia in the College World Series. This is Tennessee's third shutout loss of the season.

FINAL: #Vols fall to Virginia, 6-0 and drop to the loser's bracket. UT will play the loser of Mississippi State/Texas on Tuesday at 2:00pm.