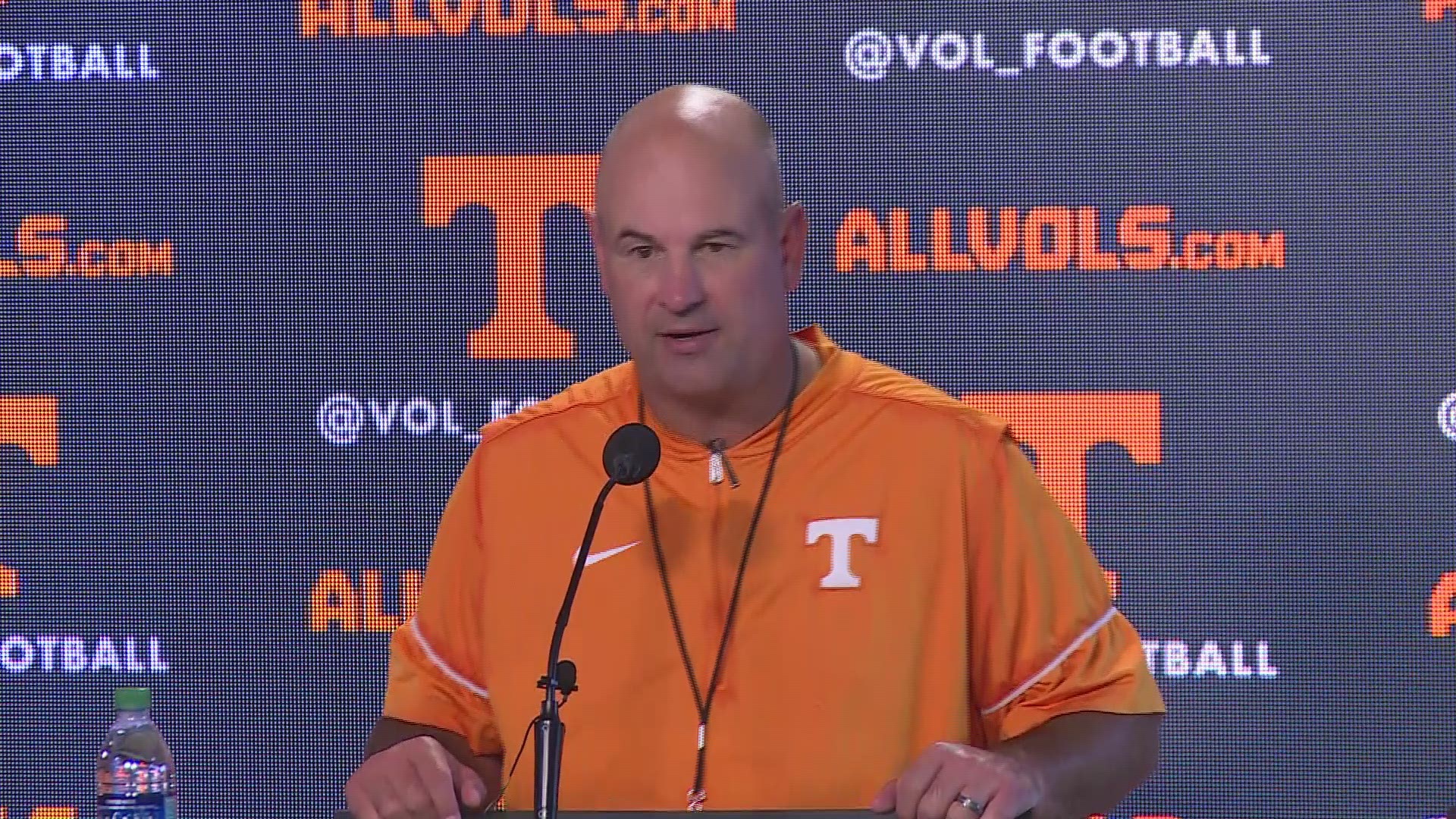 KNOXVILLE, Tenn. — We are three weeks away from kickoff to the 2019 Tennessee football season and the Vols were out on Haslam Field practicing on Saturday afternoon in helmets, shoulder pads and shorts.

“We had two really good back-to-back practices here the last couple of days. It seems like the energy is there" said head coach Jeremy Pruitt.

"We’ve kind of got three groups of players. We’ve got guys that know what to do, they have experience and they kind of know how to play. We’ve got guys that know how to play, know what to do, but they don’t have any experience. And then we’ve got a group of guys that have the ability, but they have yet to learn what to do. Our coaches are doing a really good job pushing these guys and getting them there. When you’re not having to coach effort, the guys are policing themselves, it allows you to be a coach and coach the details and fundamentals. That has been fun to do. We are improving.”

Tennessee will hold a closed scrimmage on Sunday inside Neyland Stadium, the first scrimmage of 2019 fall camp.

“To start with, offensively it starts up front. We’re looking for guys that don’t make mental mistakes and don’t beat themselves – guys that know what they’re supposed to do. We’re going to keep the calls simple on both sides of the ball to give the guys a chance to have success playing with the right temperament, playing ‘til the whistle blows, being consistent," Pruitt said. "Things aren’t always going to go their way, so how do they handle adversity? Who can sustain? Who can finish?"

"Defensively, we have a lot of really young players. They need to be thrown out there and turned loose and see what they’re going to do, because you don’t know what you got until to you go out there and do that. The way the rules are now you don’t get an opportunity to take them to the ground in a full-scale practice but a few times. It will be interesting because coaches aren’t out there with them. When things don’t go the right way, how’s the team going to respond? Is anyone going to have a positive impact on the folks around them?

The media was allowed to view one period of practice on Saturday which lasted for about five minutes. During that time quarterback Jarrett Guarantano seemed to be taking more of a supervisory role, helping younger QBs J.T. Shrout, Brian Maurer and walk-on Steven Orr as they threw slant routes to receivers against air. 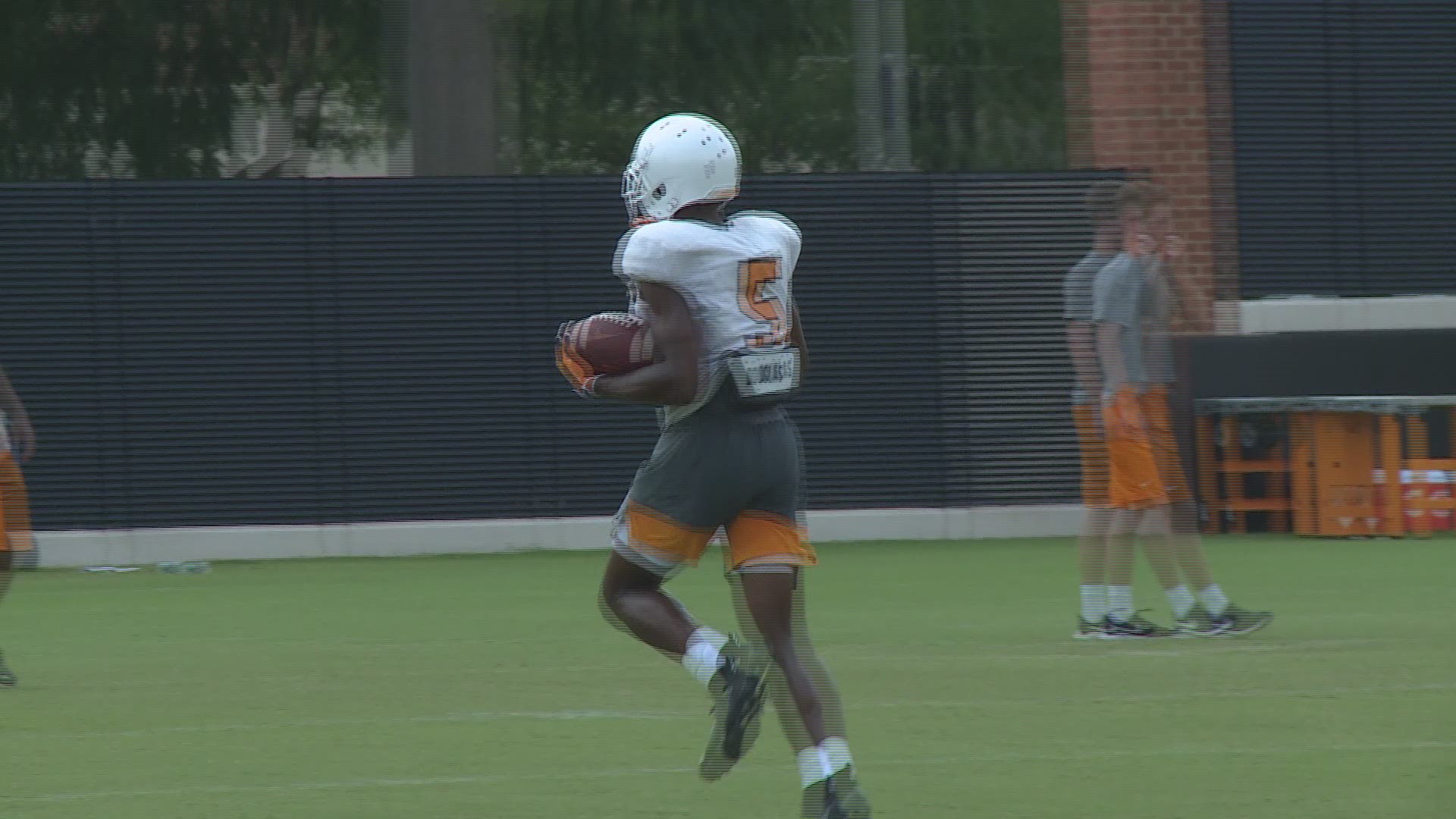 Guarantano has made 18 starts in his career while the other QBs have never appeared in a college game. Tennessee needs to get Maurer and Shrout up to speed because one of them will always be one snap away from going in the game this fall.

“I think both guys need experience. They’ve both got really good arm talent. Brian (Maurer) can run around really well, probably when the play breaks down he can extend and hurt you a little bit with his feet there. They’ve got to quit throwing the ball to the other team. They’ve got to take command  of the offense when they’re out there. They’ve got to understand situational football. We’re throwing a lot at them and both of them are doing a really good job competing every day, and they’ve created a lot of plays – both of them have. We just got to continue to coach them up and they’ve got to continue working hard to improve every single day,” Pruitt said.

The Vols open the season on August 31 at home against Georgia State.