White will replace Phillip Fulmer as director of athletics at UT. 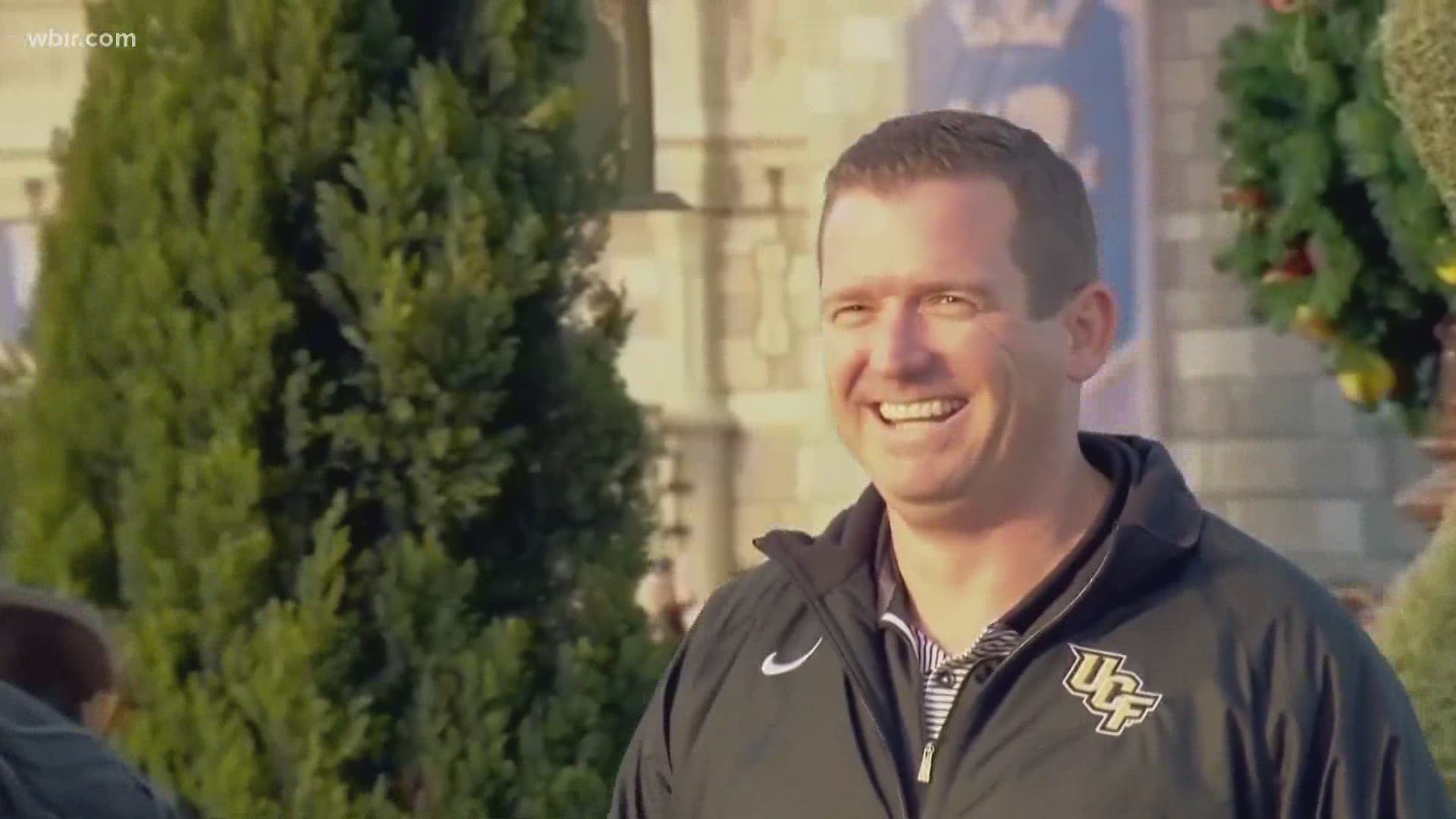 KNOXVILLE, Tenn — The University of Tennessee has hired Dr. Daniel J. White as its next Director of Athletics. The university formally announced the hire Thursday afternoon.

White has been the Vice President and Director of Athletics at the University of Central Florida since late 2015.

Tennessee Athletics said White's contract will start at $1.8 million initially with a 5% annual increase. He will receive up to $300,000 yearly based on team athletic performance, team academic performance, and departmental goals. Details on his start date are still being finalized, and the university will issue a memorandum of understanding in the coming days.

White said priority number one will be finding a new head football coach after UT fired former coach Jeremy Pruitt this week for cause along with nine other coaches and recruiting staff embroiled in an investigation into "serious" NCAA Level I and II violations.

"I am thrilled to be headed to Knoxville and to a university with a great competitive tradition and a spirited and devoted fan base," White said. "Volunteer fans have an expectation to win, and my first task will be taking on the search for a new head football coach. But I want all Vols to know that I am deeply committed to excellence in all of our athletic programs."

Both the Central Florida football and basketball teams saw great success under White. The football team went from 0-12 in 2015 to 13-0 in 2017, winning the AAC championship and knocking off Auburn in the Chick-Fil-A Peach Bowl.

Hiring now Nebraska head coach Scott Frost had a lot to do with it, but his replacement, Josh Heupel, got the Knights as high as eighth in the 2018 College Football Playoff standings.

In 2018-19 both the UCF men's and women's basketball squads got invitations to the NCAA Tournament.

UCF was the only NCAA Football Bowl Subdivision program that had each of its sports produce winning records in 2017-18, 2018-19 and in the COVID-shortened 2019-20 athletic year.

White has been named as a Sports Business Journal 40 Under 40 winner in multiple years.

"Danny White is an innovative leader in college athletics with a strong track record in recruiting and developing leaders. He brings the combination of winning attitude, competitive drive, and dedication to integrity and academics that we are looking for," UT Chancellor Donde Plowman said. "We undertook this search with urgency and found strong interest from a robust candidate pool, enabling us to act quickly and with great confidence. I'm proud to say we found our leader, and I'd like to thank President Boyd, our trustees, and our staff for their support and hard work."

I could not be happier that Danny White is joining us as our next athletic director. He is a proven leader and will make special things happen here. Go Vols! https://t.co/0c71Ut2zX3

Prior to working at UCF, White worked as the director of athletics from May 2012 through Dec. 2015 at the State University of New York at Buffalo.

Credit: © 2012 University at Buffalo | Douglas Levere
Danny White the New UB Director of Athletics before his Press Conference Announcement in the CFA in 2015. Photograph: Douglas Levere

White is a New Orleans native and played college basketball at Notre Dame and Towson University, and served as director of operations and assistant men's basketball coach for a season at Ohio University.

He graduated from Notre Dame in 2002 with a degree in business administration, eventually completing a doctorate degree in higher education at the University of Mississippi in 2016.

"Danny White is a great fit for the programs we are building at Tennessee," UT System President Randy Boyd said. "He combines a strong vision for competitive excellence with a deep commitment to winning with integrity. The greatest decade in UT Athletics begins now."

White's family is deeply ingrained in college sports -- particularly college basketball. His father, Kevin White, has been serving as Director of Athletics at Duke University since 2008. His brother, Mike White, is head coach of the Florida Gators men's basketball team.