Four athletes moved their lives to Knoxville to pursue their dream of becoming an Olympic Pole Vaulter. 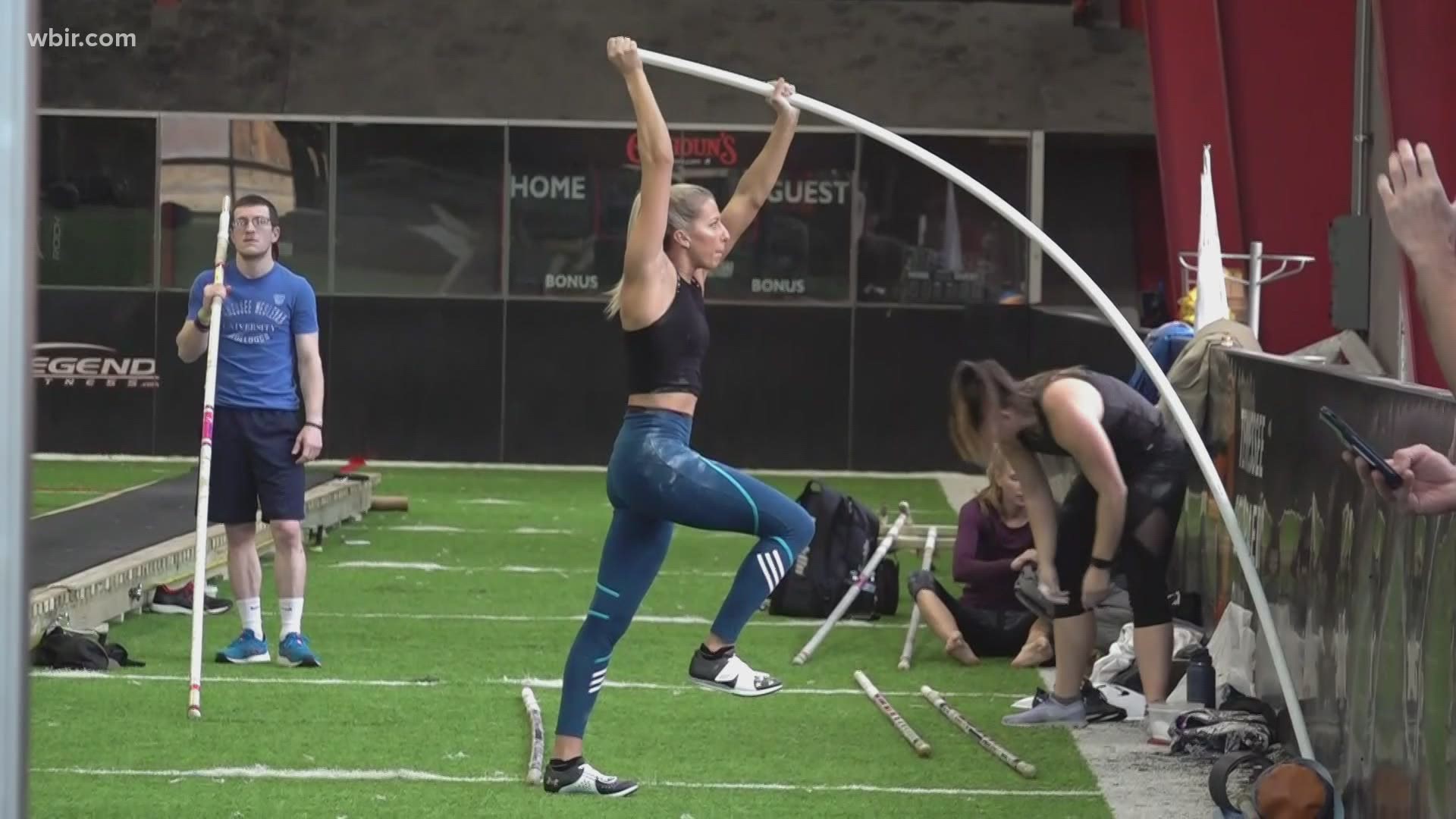 In 2016, three-time US National Pole Vault champion, and former number two in the world, Mark Hollis finished fourth in the Olympic Trials, missing the Rio games by a tie.

A tie that cost him his dream of joining his coach, and Knoxville native Tim Mack, with an Olympic gold medal.

Instead of dwelling, Hollis used his experiences in the sport, to pour into other young members of the pole vault community by creating the Full Vertical Vault Club in Knoxville. The club was built with the purpose to empower athletes to know their worth.

"What really allowed me to step away, was to realize that my worth as a person wasn’t based on the accolades I had behind my name." Mark Hollis told WBIR.

They knew no one, but knew their dream was greater than their fear. A fear of complacency.

"I packed my entire car, sold everything I owned, and moved to Knoxville." Jacqueline Williams said.

It's also vaulted Michael and Jill into a relationship, moving to Knoxville together.

"We had no where to go, no where to eat." Michael said. "The two of us were just lounging in our car, and our stuff stacked up behind us, just having the time of our life. It was just that shift of life where we finally felt like we could grow again."

"This sport is not easy." Jill said. "We don’t have it laid out for us by any means. We have to make what we want happen, ourselves. So I think that instilled a very strong drive in me to understand nothing is going to be handed to you. If you want it to happen, you have to do something yourself."

In a sport that is as mentally defeating as it is physicaly, the four are relying on each other and their coach, to help turn their dreams into a reality.

"I’m just so blessed and so lucky to be doing this and it’s sometimes surreal at the moment." Marissa said. "I’m just like ‘I can’t believe I am here actually fulfilling this’ I still don’t feel satisfied with what I’ve done. But it’s not about that though."

"It's an incredible sense of hope." Jacqueline said. "It's knowing that every day is going to matter for that end goal. It's more than trying to be an Olympian. It's like 'Who am I as an athlete? Who am I as a person? How can I better myself for this world?'