“It’s very humbling.” Rob Black said. “When you look at the rich history of sports in the Knoxville area, it’s tremendous. There’s some unbelievable names." 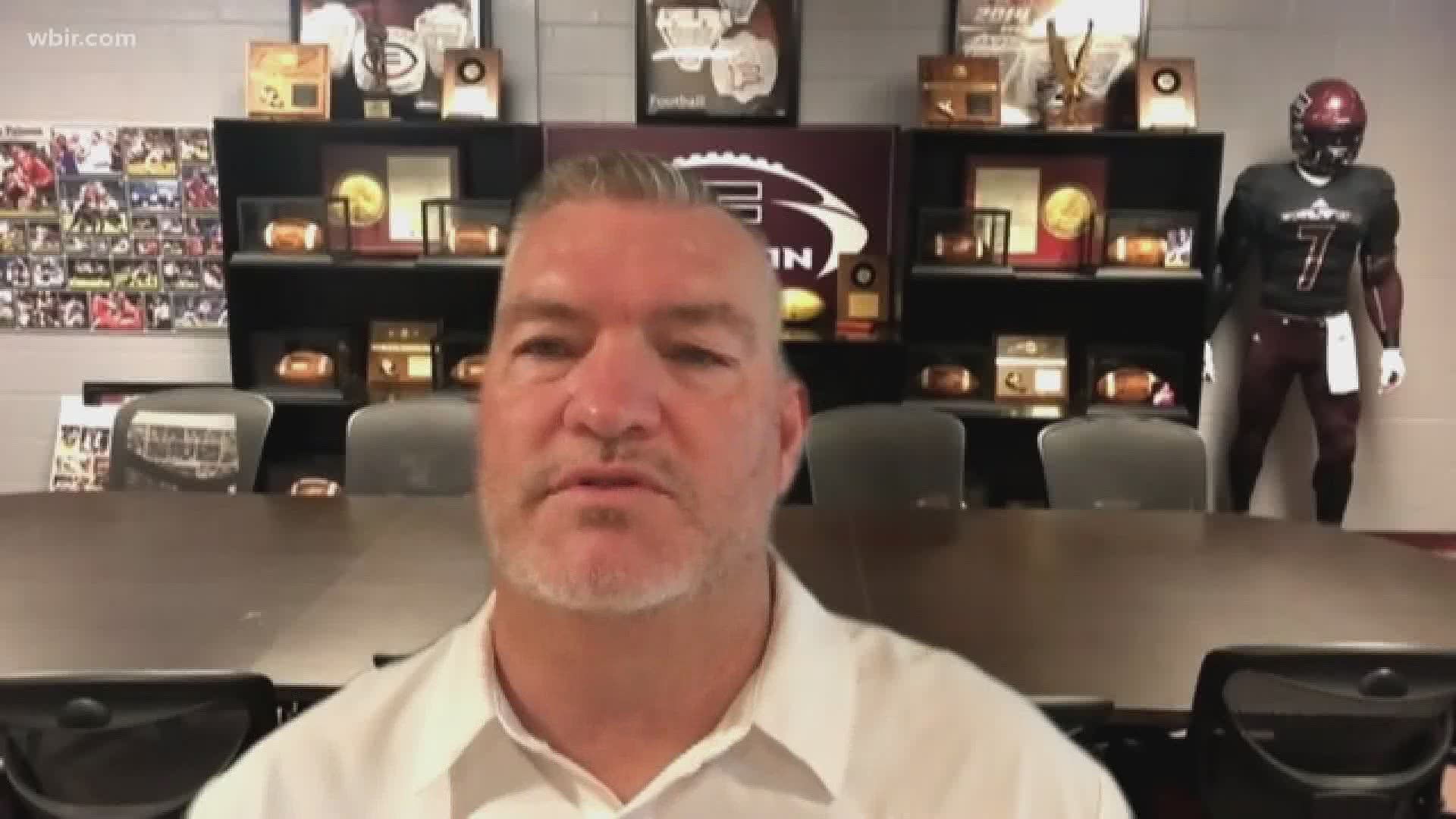 The 2020 class of the Greater Knoxville Sports Hall of Fame will be inducted on Tuesday, July 21st. This year will be a virtual ceremony due to the coronavirus pandemic.

“It’s very humbling.” Rob Black said. “When you look at the rich history of sports in the Knoxville area, it’s tremendous. There’s some unbelievable names, but to go in with my dad, and Buck Coatney and Jody Wright, it’s very special.”

Rob Black’s passion for coaching football came from his father, Bob Black who coached Fulton for 43 years, leading the Falcons to three state championships. Black was inducted into the GKSHOF n 2008.

From a Falcon player to offensive coordinator to head coach, Rob Black says he found success by following his dad’s lead.

“To see the impact that he’s made on so many people’s lives.” Black said about his father, Bob Black. “He’s been a father-figure, an uncle, a pastor, you name it, he’s done it all in trying to help young people. The fed me, in a way, and when I finally settled down in what I wanted to do, coaching gave me a chance to stay in the game, stay competitive, and also hopefully have a positive impact on young people’s lives.”

Rob Black’s 91-27 coaching record speaks for itself. The six-time region coach of the year guided the Falcons to three consecutive state titles from 2012 to 2014, achieving a 36-game win streak. Black’s success has only just begun, but as a soon-to-be Hall-of-Famer, he credits his staff and players for the honor.

“It’s the Fulton Family.” Black said. “I can say I wouldn’t be where I am without the coaches, players, and staff that helped me along the way.”