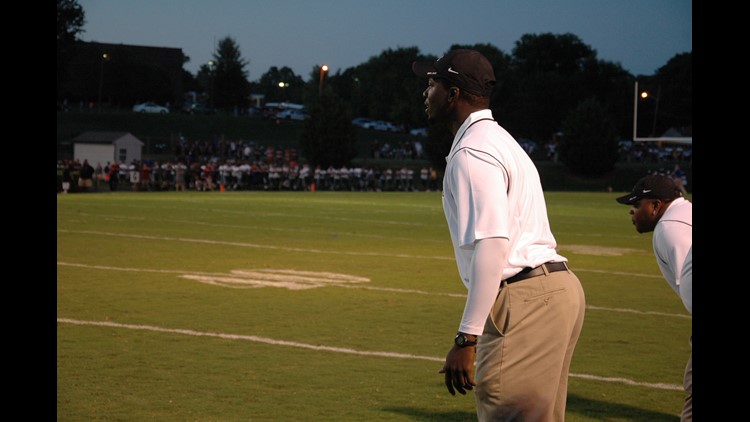 KNOXVILLE, Tenn. — 5 Star Preps reported on Tuesday afternoon that Central head football coach Bryson Rosser would be leaving that position. While this came as a shock to a lot of folks around East Tennessee, it's important to look back at what Rosser meant to the East Tennessee football community.

The Bryson Rosser era as Central High School's head football coach will be revered for many years to come. How did it all come to be? Rosser may have had a bigger impact on football in Tennessee than many realize.

Bryson Rosser isn't from Tennessee, but he played quarterback in college at Tennessee State University in the mid-2000s. After getting into coaching, he came to East Tennessee as the offensive coordinator at Oak Ridge High School from 2009-2012, where he worked under head coach Scott Blade. After leaving Oak Ridge, it didn't take long for Rosser to find a spot back in East Tennessee.

In 2014 Rosser was named head football coach at Central High School. In the six years that followed, the program's trajectory skyrocketed.

Although Central's program has had a lot of history, they had never been able to win a state title up to that point. However, things would drastically change during the fall of 2016. That was the year that Rosser lead the Bobcats back to the state title game for the first time since 1996.  While the Bobcats lost that game, the program continued to advance in the right direction. In 2017, Rosser led his Bobcat squad all the way to back to Cookeville where they were able to bring a state championship back to Fountain City for the first time in program history.

That was enough to make just about everyone around the Central program happy, but Rosser and the Bobcats weren't ready to settle for being a one-year wonder.

In 2019, Rosser led the Bobcats back to Cookeville once again.  Although their season wasn't as smooth as the 2018 season had been, the Bobcats found a way to play their best football when it mattered most.  During the playoffs, Central's defense proved to be a stalwart. Central surrendered just one touchdown in the final two games of the season. With the help of the state championship MVP quarterback Dakota Fawver, Rosser lead his team to their second consecutive state championship in 2019.

Just over a month later, Rosser is leaving the program. While inevitably there will be Bobcat fans that are sad to hear the news of Rosser leaving, it's important to look back and appreciate the journey that Central High School has been on since Rosser was hired. His impact on the East Tennessee community couldn't be contained by sidelines. When talking with his players, it doesn't take long to figure out that as much as he means to them as a coach, he means even more to them as a mentor and as a friend.