The SEC and Sun Belt Conference are closely related. That relationship is helping the Sun Belt move forward with football season. 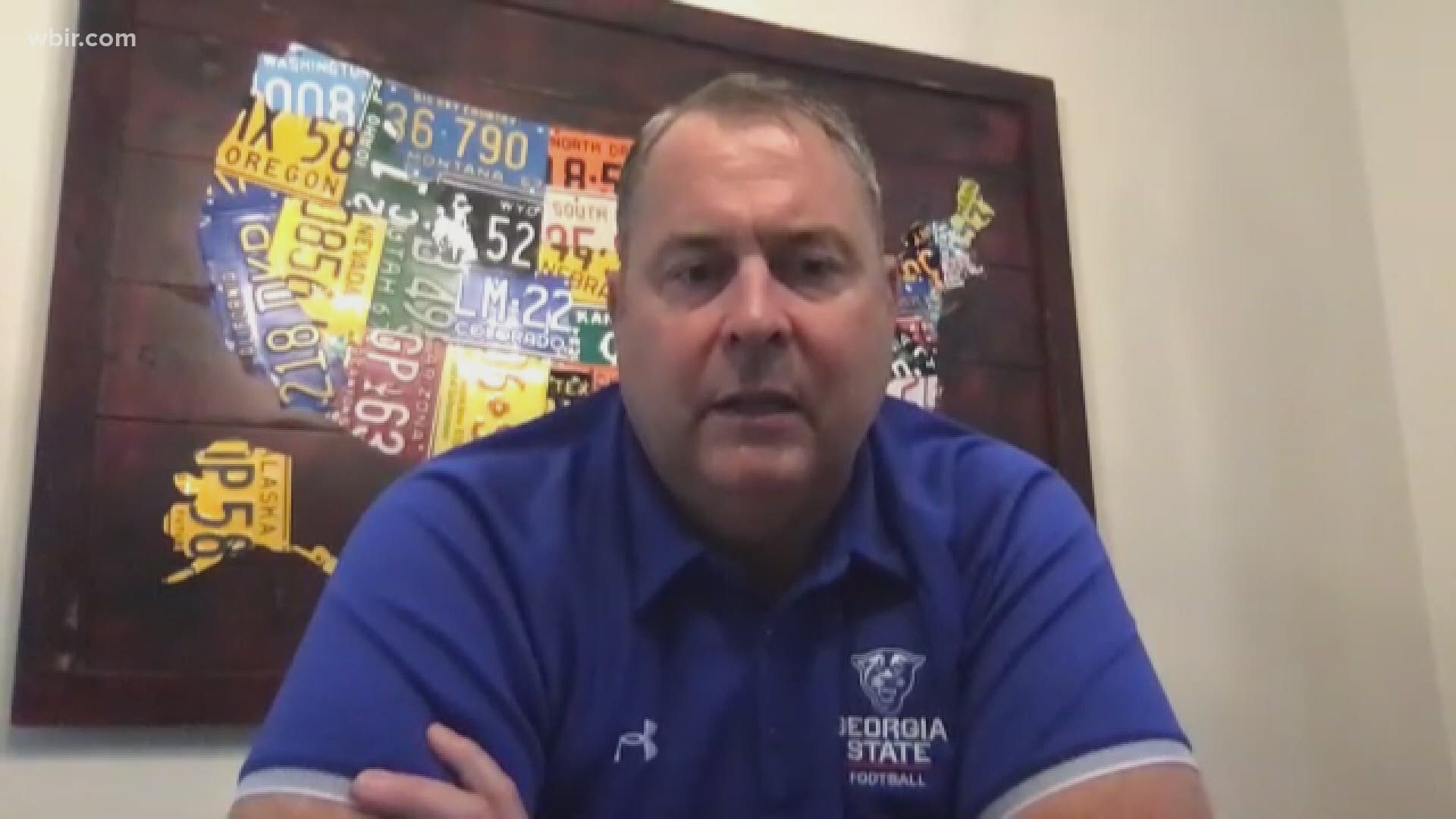 KNOXVILLE, Tenn. — , e SEC is one of just six FBS conferences still planning to play football this fall. Out of the other remaining five, the Sun Belt conference has the closest ties to the SEC. The group of five conference's relationship with the Southeastern is partly why they are moving forward with a 2020 football season.

The SEC and Sun Belt share much of the same geographical area. The two conferences have teams in six states. They have shared game officials, referees and a replay center since 2013 and will do so through, at least, 2022.

There are also a handful of Sun Belt-SEC football games, each season. In 2019, Tennessee hosted Georgia State and South Carolina hosted Appalachian State.

"We provide an opportunity for each other," said Georgia State Athletics Director Charlie Cobb. "With the shared geography, it allows both leagues to function at the levels they want to function."

The Sun Belt postponed the start date for the football season to Sept. 3. However, they will not play a conference-only schedule. Member schools are allowed to schedule up to four non-conference opponents. Those games won't be against the SEC, though.

Before going to a conference-only schedule, Tennessee was set to host Troy in a late-season contest, Georgia State planned on travelling to Alabama in week two and Florida was going to host South Alabama.

"I wouldn't say that [the SEC and Sun Belt] are interdependent," Cobb said. "I think, if we're both able to play, I think it speaks to our shared values and shared commitment."