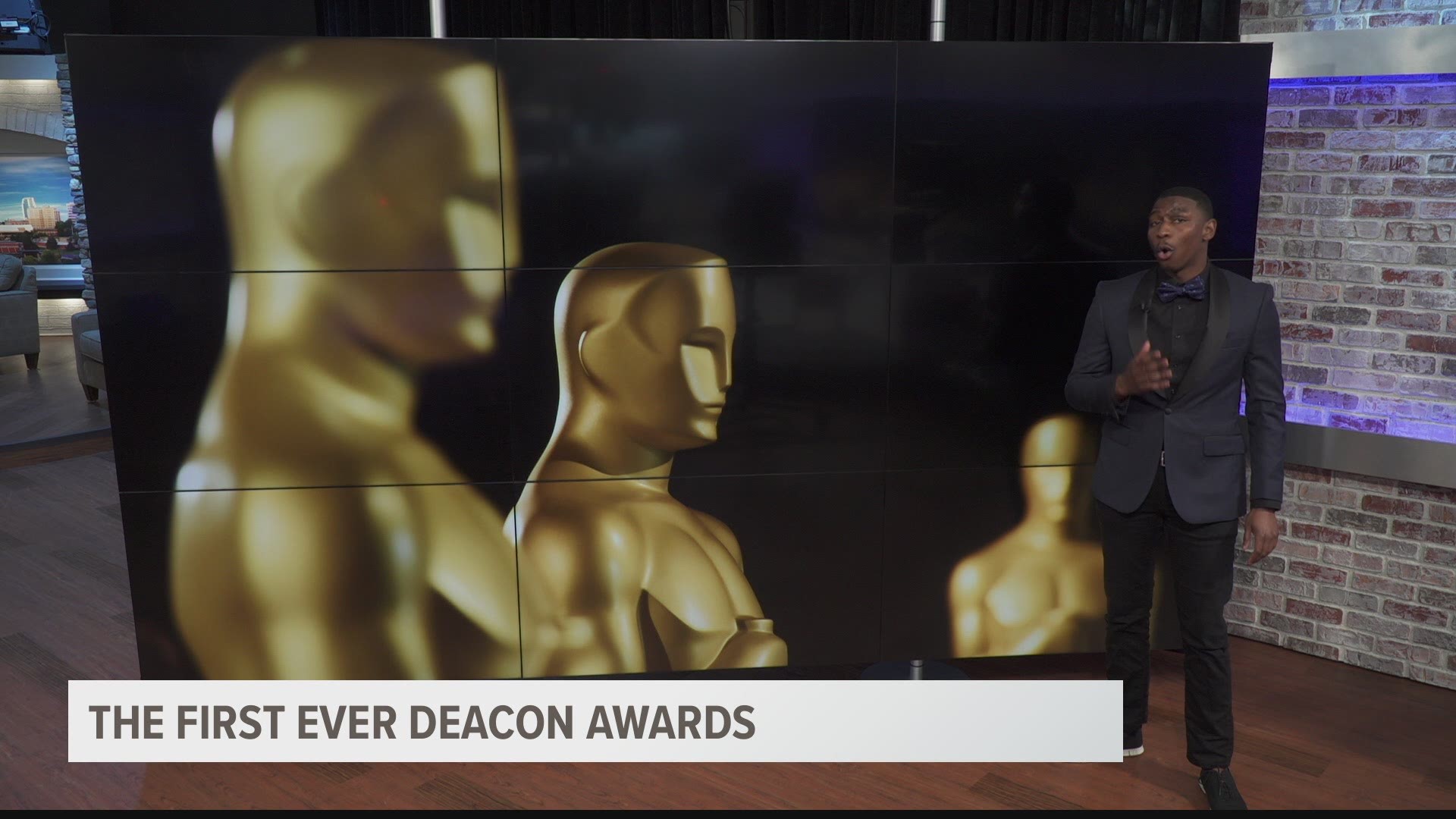 KNOXVILLE, Tenn — With the Oscars taking place, I feel that it is an appropriate time to honor the best of East Tennessee sports in the past calendar year. The qualified nominees stem from the latest completed sports seasons. Basketball is the only exception, because we are so far into the current season.

And the winners are...

During the Vols 2019 fall camp, head coach Jeremy Pruitt was not entirely satisfied with his defensive line. He gave us an unforgettable analogy.

"To me, I look at it like this: OK, we all get in the car every day. When y’all leave here, y’all are gonna get in the car, OK, and you’re gonna drive. Whether you’re going out Alcoa Highway or Kingston Pike out there, when you get out there, aight, just shut your eyes while you’re driving down the road and see how well you do, aight? 'Cause if you don’t know the things that I’m talking about, and you’re trying to play defensive line, you’re basically playing with your eyes shut, OK? That’s not real easy to do."

There were high stakes in this game. The winner advanced to the state tournament. A storm hit East Tennessee, delaying the game by about 30 minutes. That only added to the dramatics.

The Lady Devils took an early 2-0 lead, in the bottom of the first inning. Morristown East tied the game in the fourth inning. The game remained tied into the seventh inning.

That's when Aspen Calloway from Halls became a hero.

She pulled off a full split to record a crucial ground out for Halls. Then, in the bottom of the seventh, she hit a ball just over the head of Morristown East's third baseman and into play. Teammate Kendall Moles was already on base and headed for third. Somehow, the ball ended up out of play. The umpires instructed Moles to take home base, giving the Lady Devils the walk-off win and a ticket to the state tournament.

The Lady Vols had a sense of motivation for this game. They'd lost their previous five games against the Crimson Tide and refused to extend that streak.

The Crimson Tide ended up taking a 63-62 lead with less than 15 seconds left. Rennia Davis put Tennessee on her back, nailing a three-pointer with 0.8 seconds on the clock to give the Lady Vols a 65-63 win. 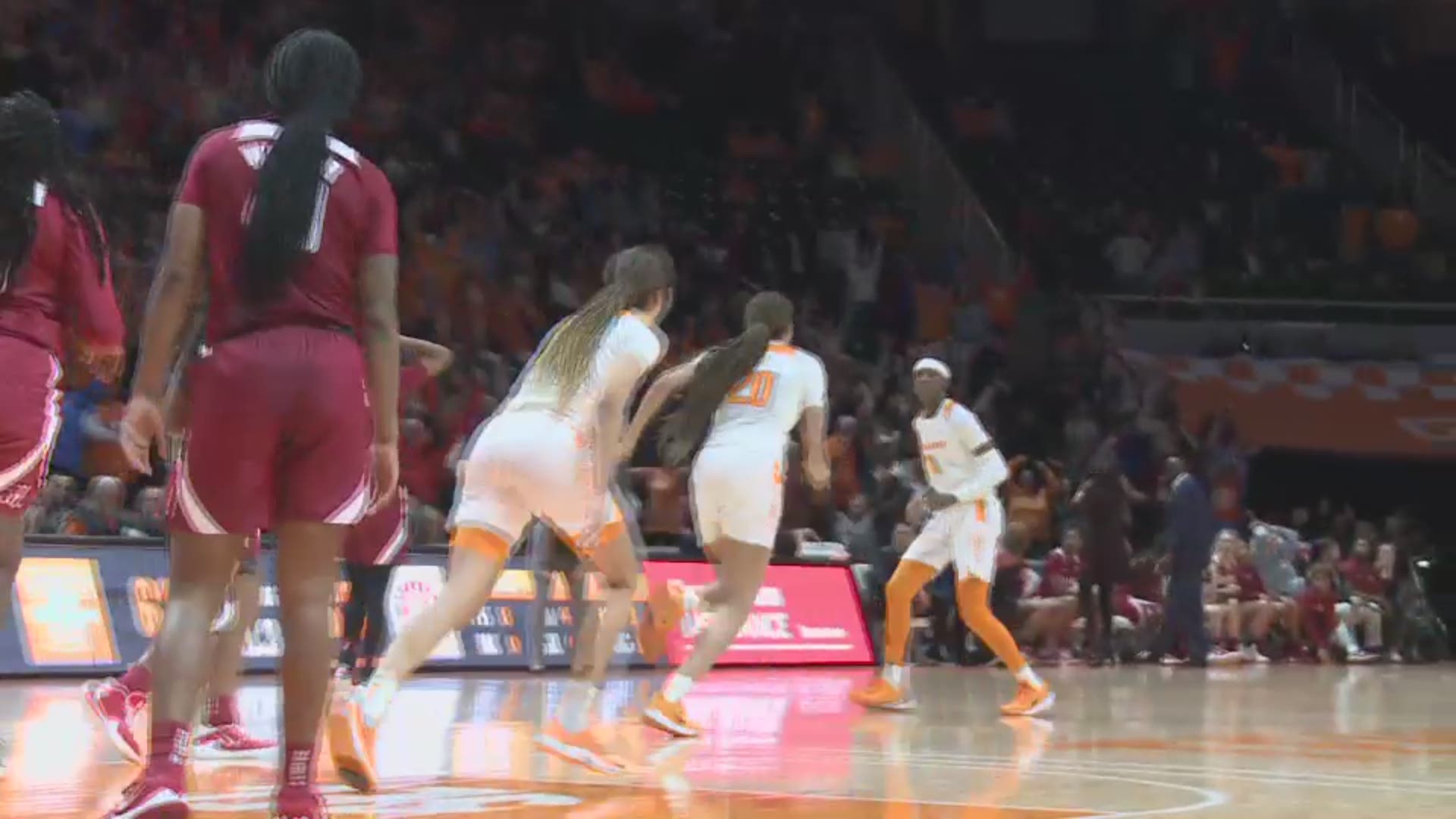 Allow me to define unicorn performance. This means something so rare occurred that you will probably never see it again.

How often do you see someone hit a grand slam? 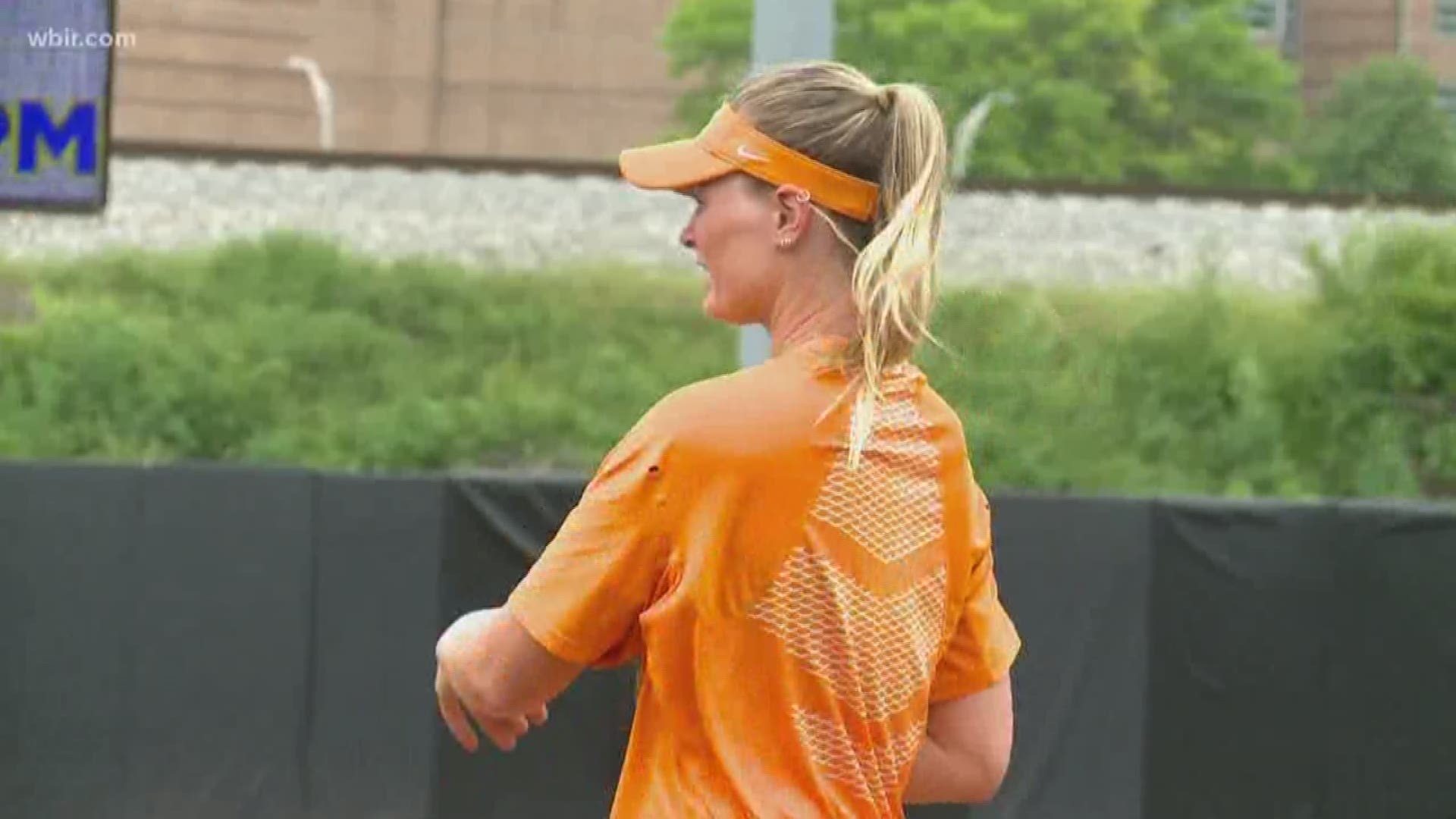 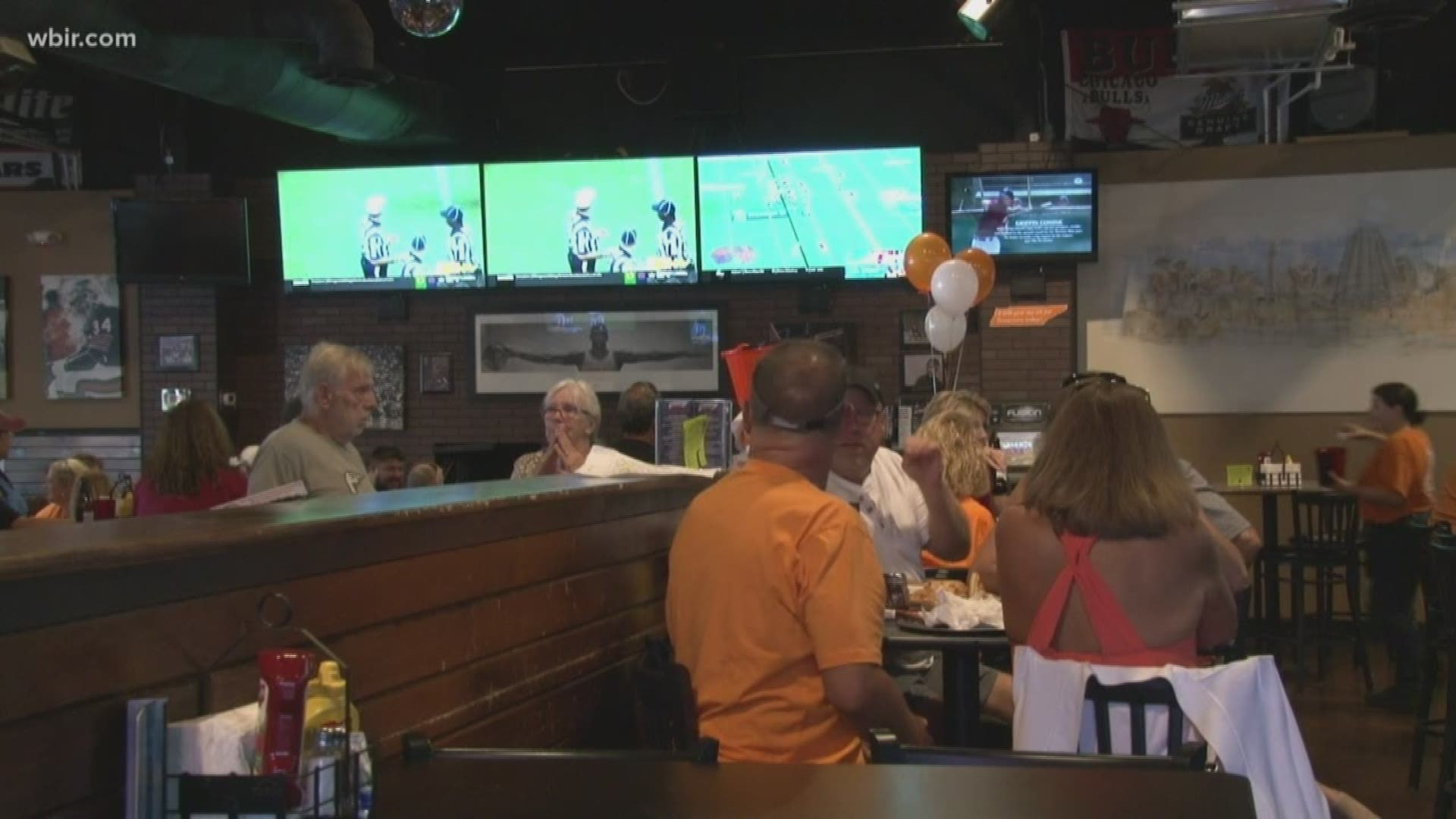 During the game, I couldn't have been more stressed out. For starters, the heat pierced through the air and made everyone at Neyland Stadium sweat enough to have their shirts stick to their torsos. Secondly, I'm an alumnus of Georgia State and this was the first ever Tennessee football game I had to film.

Luckily, I didn't shake the camera too much.

I have never seen a high school gym packed to such a capacity that fans were denied entry...until IMG Academy visited Knox Catholic on Jan. 25 for a basketball game. 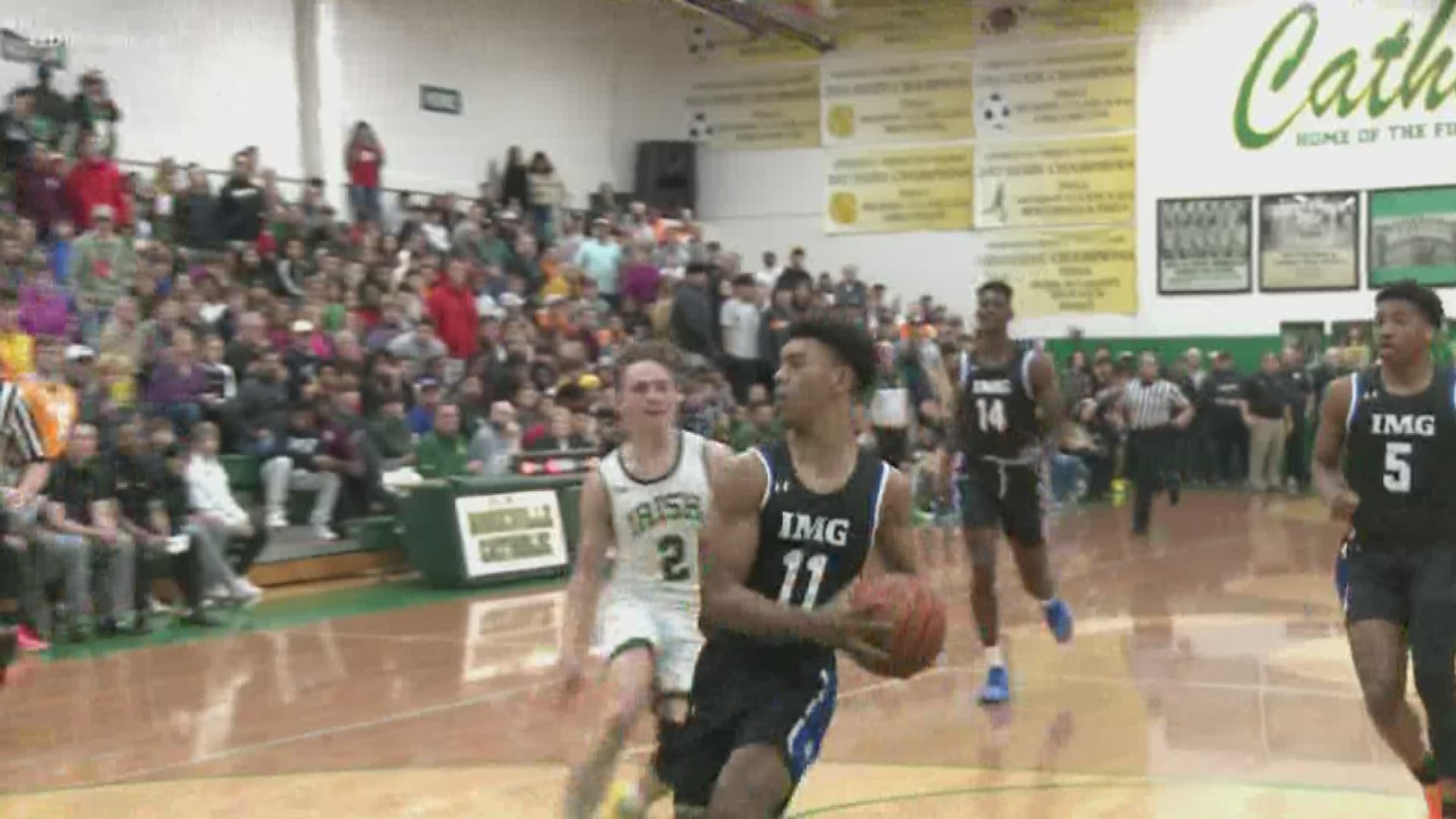 There wasn't an open seat in the stands, nor much standing room behind each basket.

The Irish didn't back down from the challenge. They played with a perfect mix of fundamentals, aggression and passion.