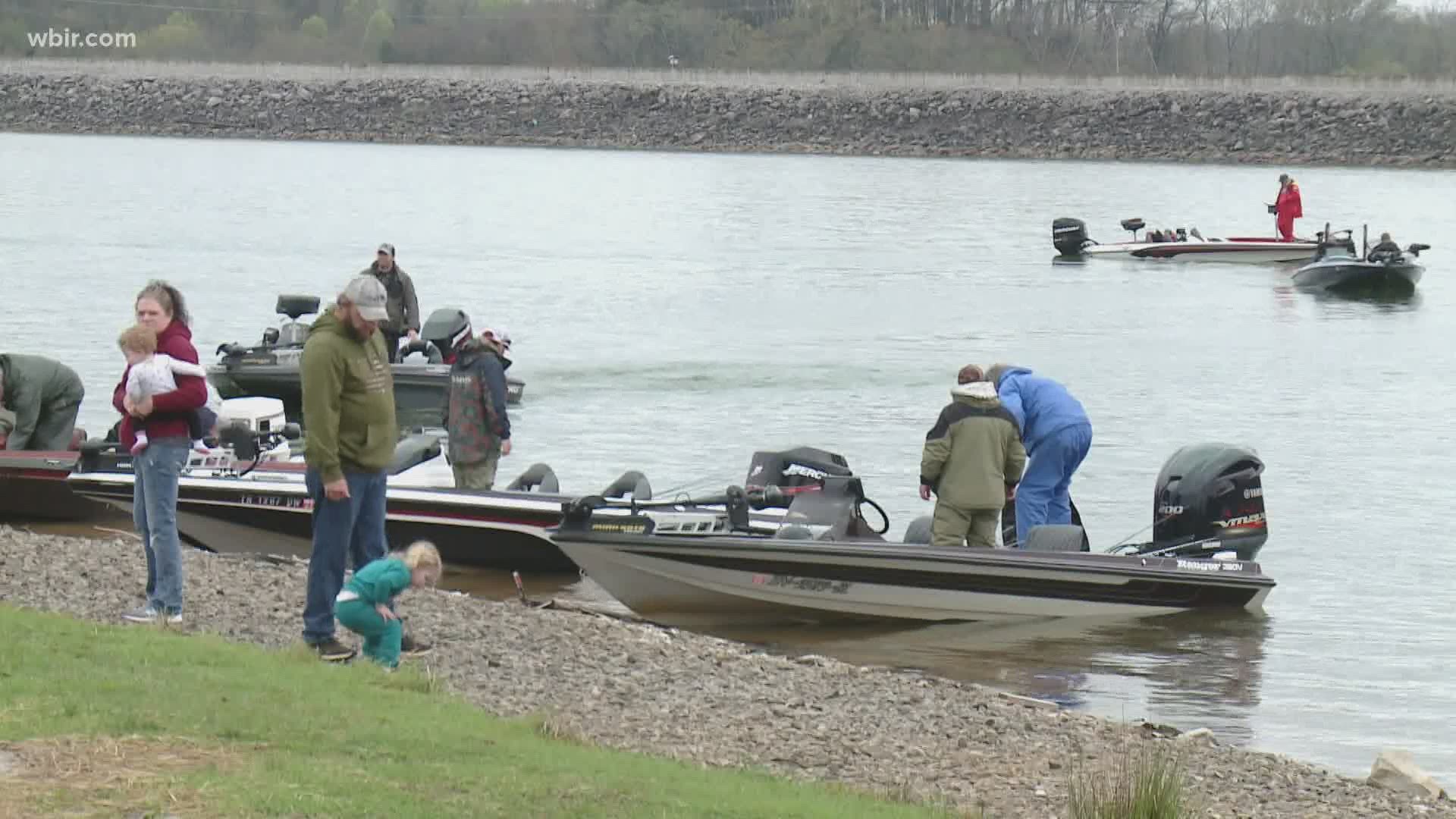 KNOXVILLE, Tenn. — Tennesseans cast their lines for the biggest catch on Saturday, as part of the Bill Williams Charity Fishing Tournament.

The event was hosted by The Greater Knoxville SERTOMA Club to raise money for local charities. The money came from businesses supporting the event and private sponsors, as well as entry fees from participants. Fees were $150 per boat, and it was held on Fort Loudon and Tellico Lakes.

First place was awarded a $4,000 prize, according to officials. People had 8 hours to catch the biggest fish they could.

And even though the weather was less than perfect for the tournament, officials said it was the biggest it had ever been.

"We have over 115 boats this year, and that's the most ever, so we're very excited about that," said Bill Williams. "They're good fishermen, they're very good fishermen."

There was a five-fish limit per boat, and scoring was by boat weight. Catches had to also be at least 14 inches long, with an 18 inch minimum for Smallmouth fish. They were released after being weighed-in.

Bill Williams is an anchor emeritus of WBIR who was also inducted into the Tennessee Journalism Hall of Fame.