The wide receiver was initially recruited by Tee Martin during his time with the Trojans. 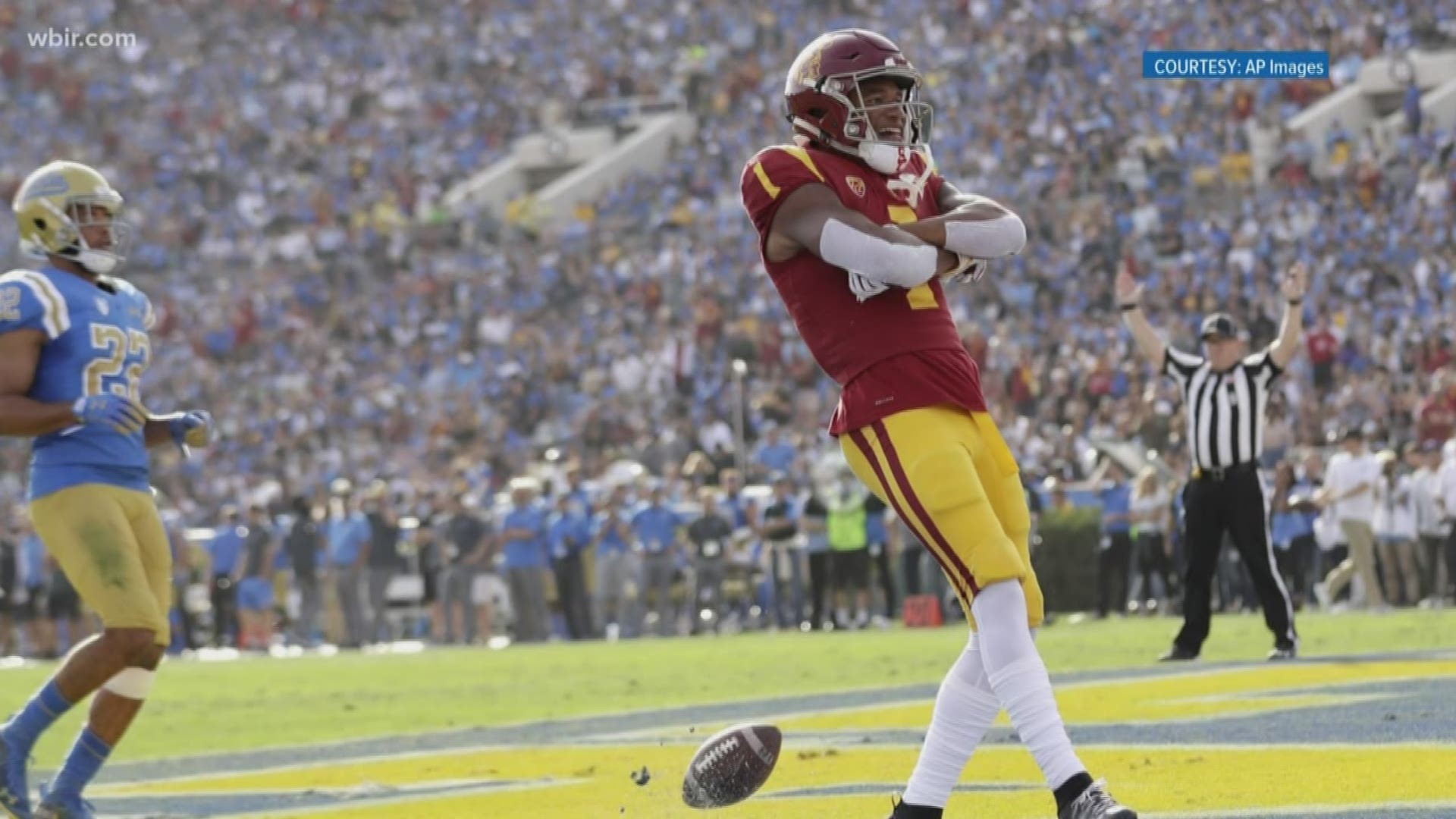 KNOXVILLE, Tenn. — Tennessee is adding another experienced player to the receiver room. Southern California grad transfer Velus Jones Jr. announced on Twitter on Thursday his plans to join the Vols.

“I want to thank the University of Southern California and Clay Helton for allowing me to get my degree and also for the life changing experiences and connections I will have for life. And also want to thank the coaches that reached out to me when I entered the transfer portal. With that being said I will play my last year of college football at the University of Tennessee," Jones said in his post.

Jones accounted for 36 catches and 347 yards during his time at USC, but his presence was really felt on special teams. Jones average 23.7 yards per kickoff return in his time at Southern California, returning one 100 yards for a touchdown in 2019.

RELATED | Trey Smith will stay for his senior season

Jones was recruited by Tee Martin, the current Tennessee receivers coach, while Martin worked for the Trojans.