The Vols will play Auburn and Texas A&M this season, after the SEC announced a conference-only season. 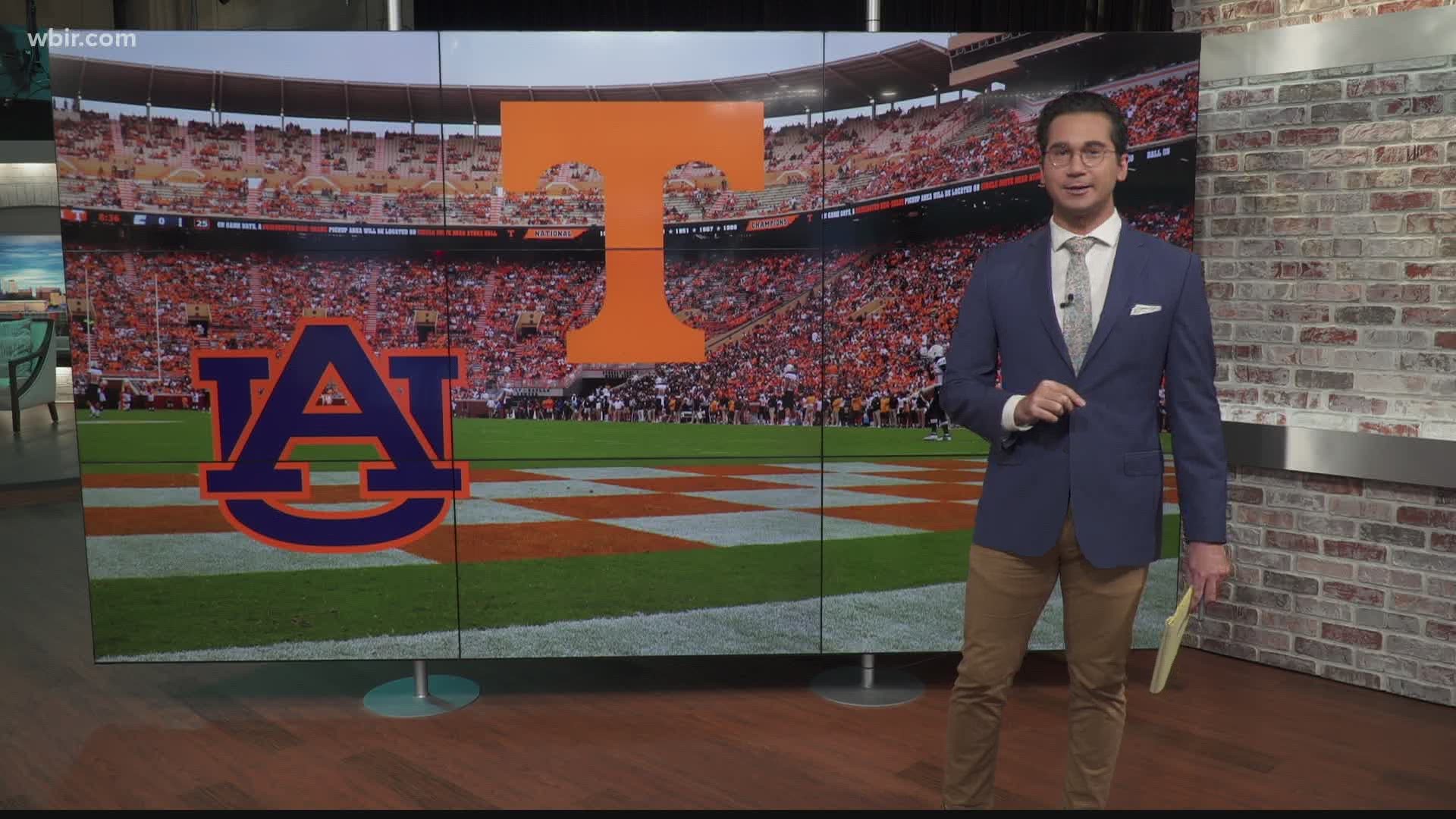 They will host Texas A&M and play Auburn on the road, according to officials. The announcement was made at 6 p.m. Friday on the SEC Network after the Southeastern Conference announced new guidelines to help keep people healthy during the season.

This will be the first time Tennessee has host Texas A&M in the history of the two programs. Tennessee leads the series 2-1, but lost the last time the teams played in 2016.

Auburn and Tennessee have a much longer history - the Tigers lead the series 22-28-3. Auburn has won six of the last seven games, but the last time these two teams played, the Vols beat Auburn on the road in Jeremy Pruitt's first year as head coach.

While the actual schedule has yet to be announced, Tennessee does know its opponents:

It's a difficult lineup for the Vols. Tennessee will play five of the top 15 teams in the Amway Coaches Poll this season.

The SEC announced on July 30 that the season would start on Sept. 26 and teams would only play other teams in the conference.

Tennessee Director of Athletics Phillip Fulmer also said the next important decision before kickoff will be on capacity at Neyland Stadium. The athletics department plans to coordinate with state and local officials on gameday attendance.

He said they understand limitations can change from week to week after the season start, and that he did not think Neyland Stadium will be at full capacity during the football season.

Our 2020 opponents are set. ⤵️ pic.twitter.com/TsbzaIx8BL

RELATED | A look at social distancing scenarios in Neyland Stadium