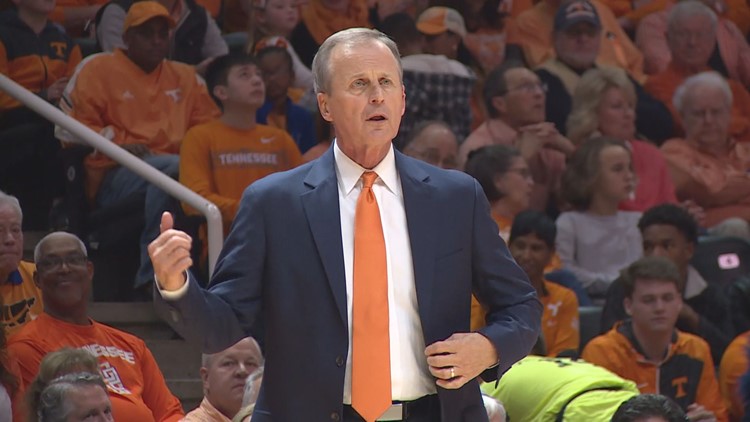 KNOXVILLE, Tenn. — Tennessee came out attacking against Arkansas on Tuesday night, and that was a big reason for their success. It’s been well noted that the Vols have struggled to get to the free throw line in recent games, and in the first half it was clear that they wanted to attack.

Tennessee’s lead grew to as many as 19 points in the first half, thanks in large part to the guard play of the Vols. Jordan Bowden had five quick points and hit a big three late in the half to finish with eight points. Santiago Vescovi was huge on offense as well. Vescovi lead all scorers at the break with 13. While Tennessee’s guards shot the ball well, perhaps the best thing they did was get to the rim. Tennessee shot 18 free throws in the first half, a welcomed change from some recent games in which the Vols have struggled to get to the line.

As good as the Vols were on offense, their defense may have been even better. While Arkansas doesn’t remind anyone of the Golden State Warriors on offense, Tennessee’s defense was still very impressive holding the Hogs to just 28% shooting from the field. The Razorbacks didn’t do themselves any favors though, as they logged 10 turnovers in the opening half.

Santiago Vescovi was once again on his game in the second half. He finished with a game-high 20 points. Shooting 75% from beyond the arc, Vescovi dished out eight assists and had just three turnovers while logging 31 minutes. Jordan Bowden, who has been struggling offensively of late, was able to find a bit of a rhythm, finishing with 16 points. Perhaps the best sign for Bowden was how well and how frequently he drove the ball. With his size and athleticism Bowden is only adding to his value by scoring in other ways and getting to the rim.

While Tennessee hit some deep shots, what they did inside was even more impressive. The Vols outscored Arkansas 40-16 in the paint, and were able to out rebound the Hogs by 11. By utilizing their ability to get inside early and often, the Vols were able to get to the free throw line. When they got there, they didn't waste many opportunities. Tennessee shot 24-30 (80%) from the charity stripe on the evening.

While postseason play is the goal, the basketball season must be taken a game at a time. With that being said, the Vols desperately needed to pick up a win at home tonight. Not only did they get the win, but the Vols looked dominant from the very start of this one. If Tennessee can use this game and the performance on both ends of the court as a way to get a little momentum, things could be looking a little brighter for the Vols moving forward.

Tennessee will travel to play South Carolina on Saturday. That game will be a rematch of a game played in Knoxville earlier in the season that saw the Vols win by one point.