The Bulldogs outscored the Vols 27-0 in the second half to win. 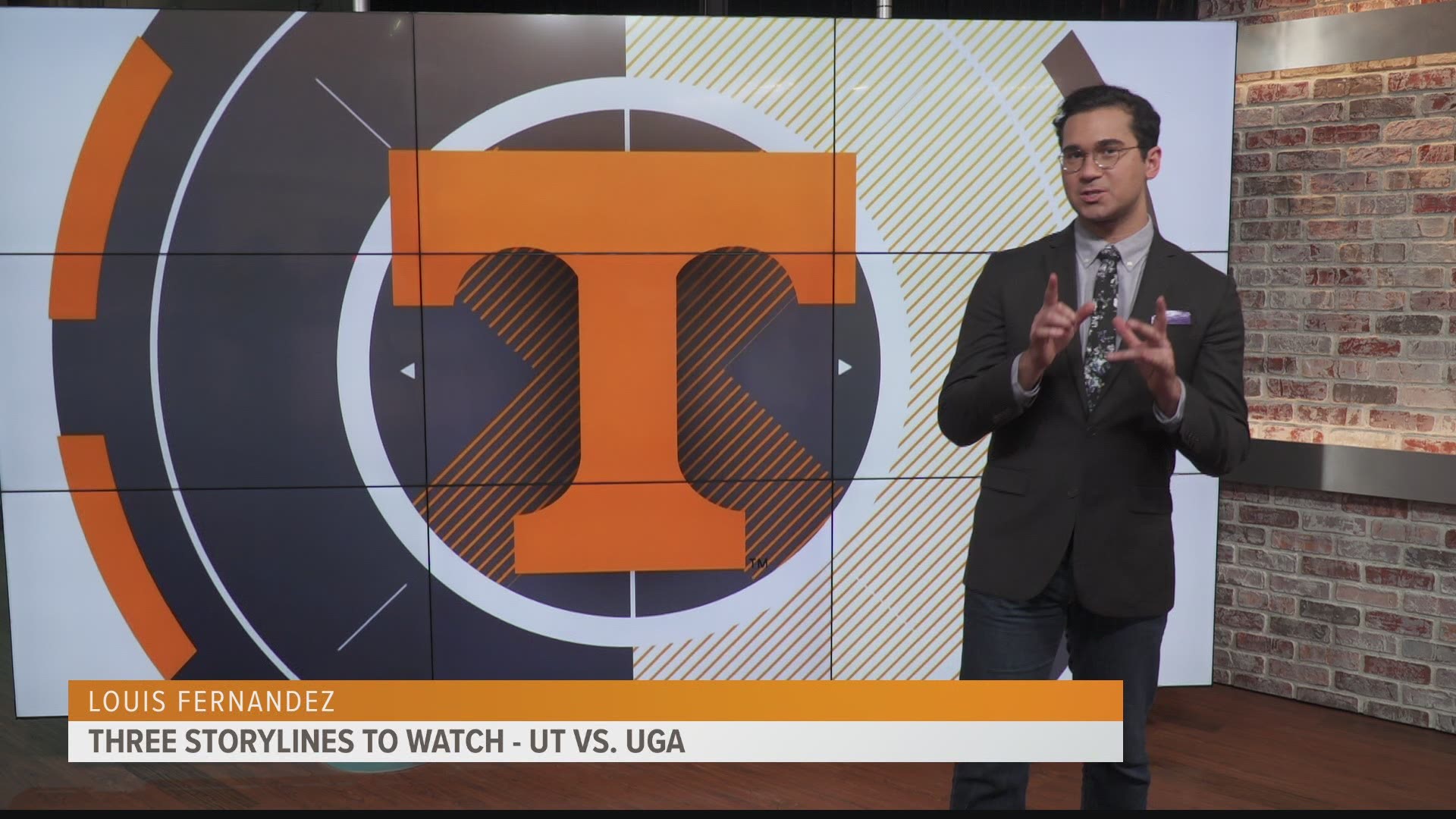 ATHENS, Ga. — The Vols fall to Georgia for the fourth consecutive season, losing 44-21 in Athens on Saturday.

Tennessee’s first score of the game occurred in the first minute of the game. A bad snap from Georgia center Trey Hill landed in the end zone and Kivon Bennett recovered the football for a touchdown.

The Tennessee defense stuffed the Bulldogs at the goal line as time expired in the first half, giving the Vols a 21-17 lead into halftime.

That momentum did not carry into the final two quarters.

The Vols had a chance to take a two-possession lead to start the second half but fumbled inside their own territory. Georgia took advantage of the turnover and kicked a field goal to shorten UT’s lead to one. Guarantano threw an interception on the ensuing Tennessee drive, leading to another Bulldogs field goal to give them the lead.

Trailing 23-21, Tennessee’s next two drives totaled minus 2 yards and ended in punts. Georgia completed a 62-yard touchdown drive after the Vols’ second punt to extend its lead at the end of the third quarter.

The Bulldogs created a larger lead in the fourth quarter. First, they scored a touchdown on an eight-play, 66-yard dive. Then the defense forced a Guarantano fumble that Monty Rice returned for another touchdown.

Georgia scored 14 points in the final 15 minutes to beat Tennessee by 22.

The Vols had just minus-one rushing yard and were 4/17 on third down.

The loss snaps Tennessee’s eight-game winning streak, which was the longest of power five teams. The Vols return to Neyland next week to face the Kentucky Wildcats.