Teams participating in the exhibition tournament raised at least $1,500 for Tennessee Special Olympics. 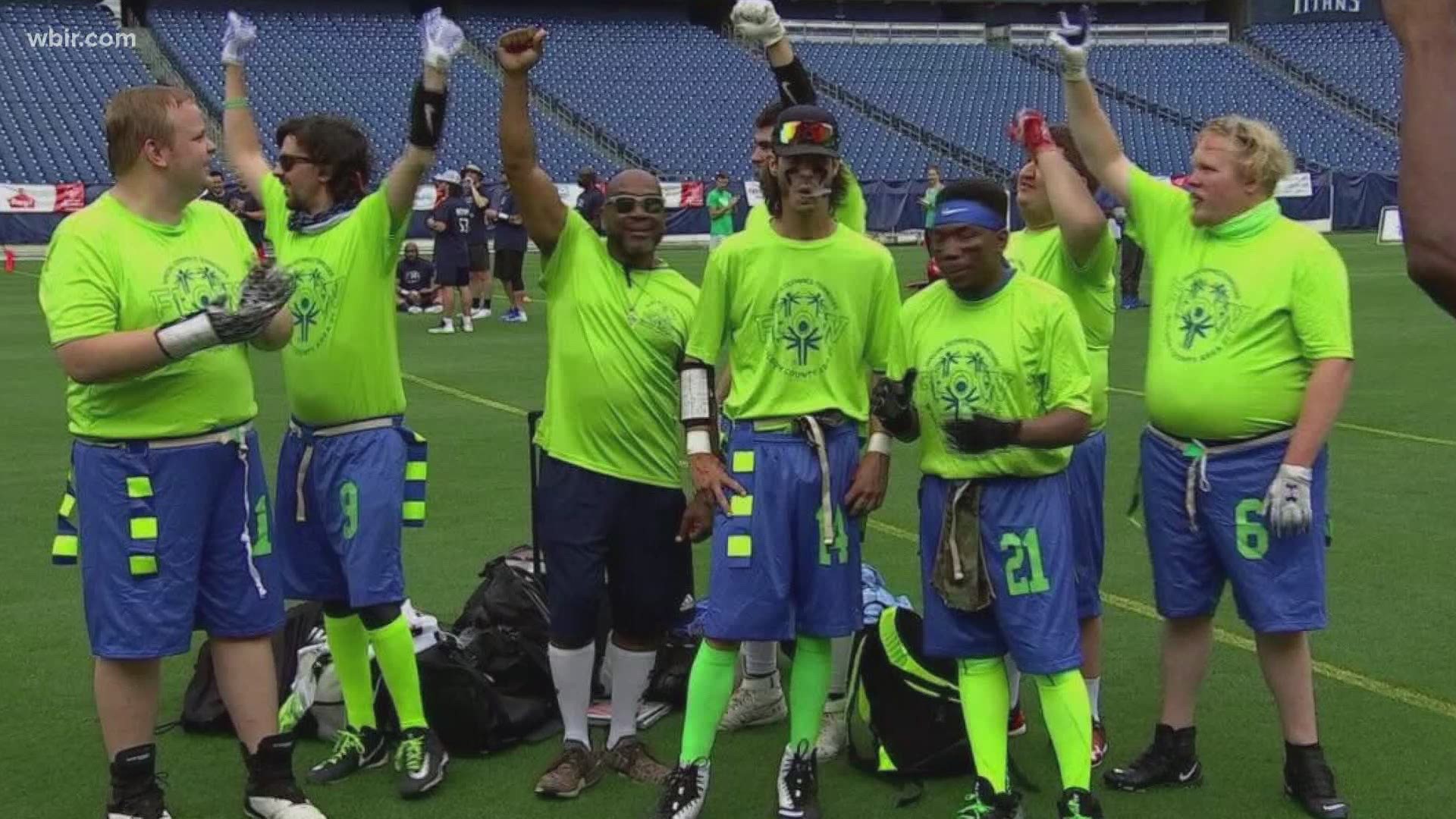 NASHVILLE, Tenn. — A Middle Tennessee football team has been selected to represent the state in the 2022 Special Olympics USA Games in Orlando, FL.

The Flow, a team based in Wilson County, received an invitation to the games during the Special Olympics Tennessee Music City Blitz Flag Football Tournament on Sunday at Nissan Stadium.

The Flow played a team from Maury County in an exhibition game before the tournament began with five divisions, including the Battle of the Badges division.

Teams participating in the tournament raised at least $1,500 for Tennessee Special Olympics.