Here's what we learned from Tennessee's practice on Wednesday. 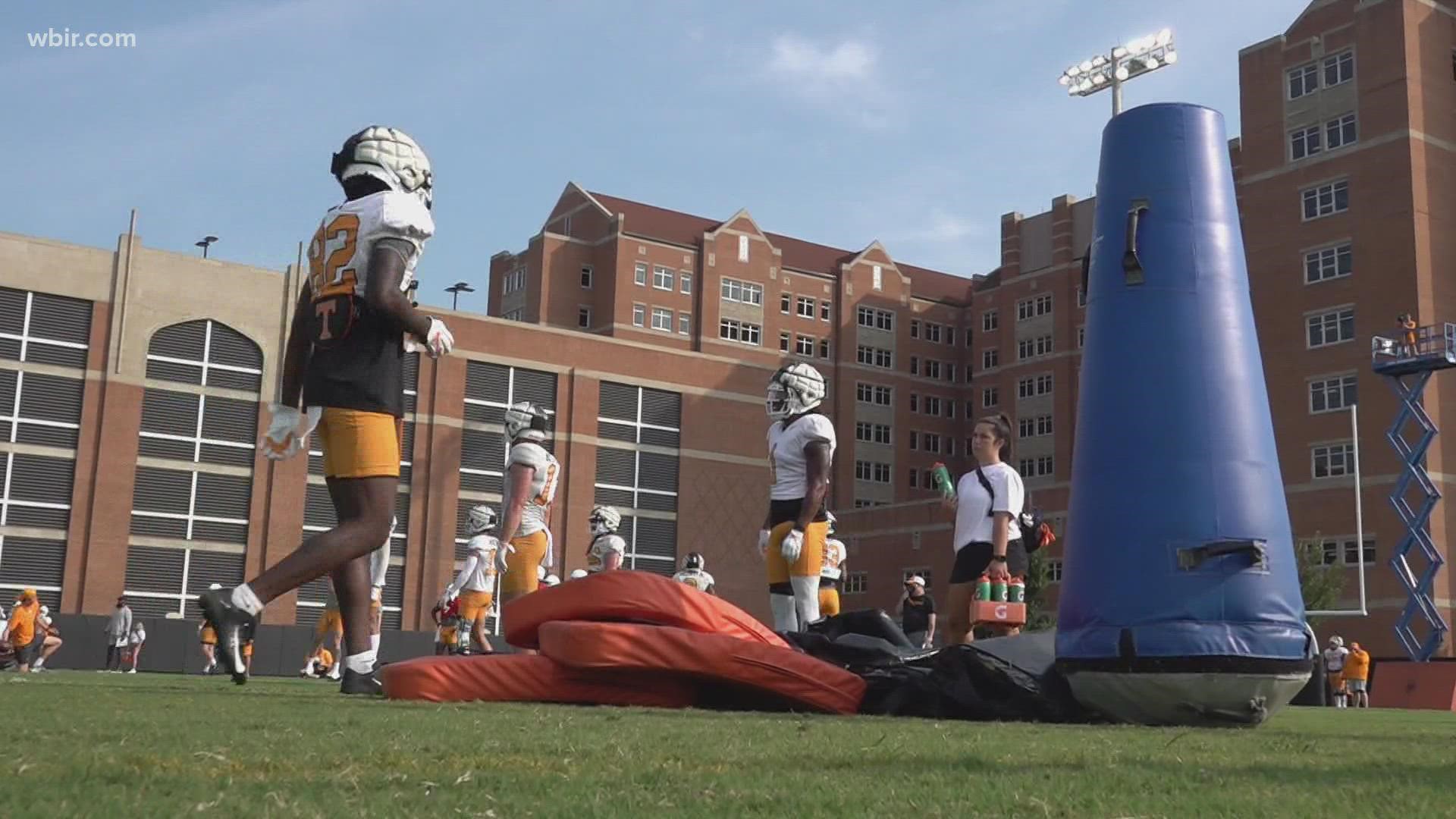 KNOXVILLE, Tenn. — As excitement starts to build with the season drawing near, players and a new coaching staff hit the practice field on Wednesday for day one of Tennessee Football's preseason camp.

After Tuesday's media day provided local reporters with an opportunity to meet and talk with new coaches and players, on Wednesday they got to see them in action. Media was allowed to watch and film a portion of Wednesday morning's practice, and WBIR's Madison Blevins was there to see it.

Josh Heupel takes over a program that has fallen from grace over the past decade or so and there's a lot of work to do. However, on Wednesday he sounded pleased with his team's start to preseason camp.

"I think the thing that stuck out to me today, more than anything, is we had really positive energy," Heupel said following Wednesday morning's practice.

While much of the talk during camp will likely be about the quarterback position, the running back position is also a highly-competitive one. Veterans Ty Chandler and Eric Gray are now at new stops, which means there are plenty of carries up for grabs.

Sophomore running back Jabari Small is likely to be a guy who totes the rock quite a bit this fall. Redshirt sophomore running back Dee Beckwith was a popular name following the Orange & White game this spring. At 6'5" and nearly 230 pounds, Beckwith would be one of the more physically imposing running backs in all of college football if he's able to make an impact at his new position. Heupel commented on Beckwith's status on Wednesday.

"We have Dee at running back because we believe he is a running back. We want to continue to see him progress," Heupel said.

A lot of talk as has surrounded the quarterback position. Michigan transfer Joe Milton has been the subject of much of that discussion. Milton is an imposing presence on the field, and along with his elite size he has a lot of physical tools that have many excited.

Offense is where Heupel has made his mark on college football, and because of that offense will be the subject of much of the talk throughout the Vols' preseason camp. While day one didn't provide any answers to who will start at what positions, it was a welcomed sight after a long offseason.