For Tennessee’s freshman guard, Josiah-Jordan James, basketball in his blood. Instead of having a teddy bear in his crib, he had a basketball. 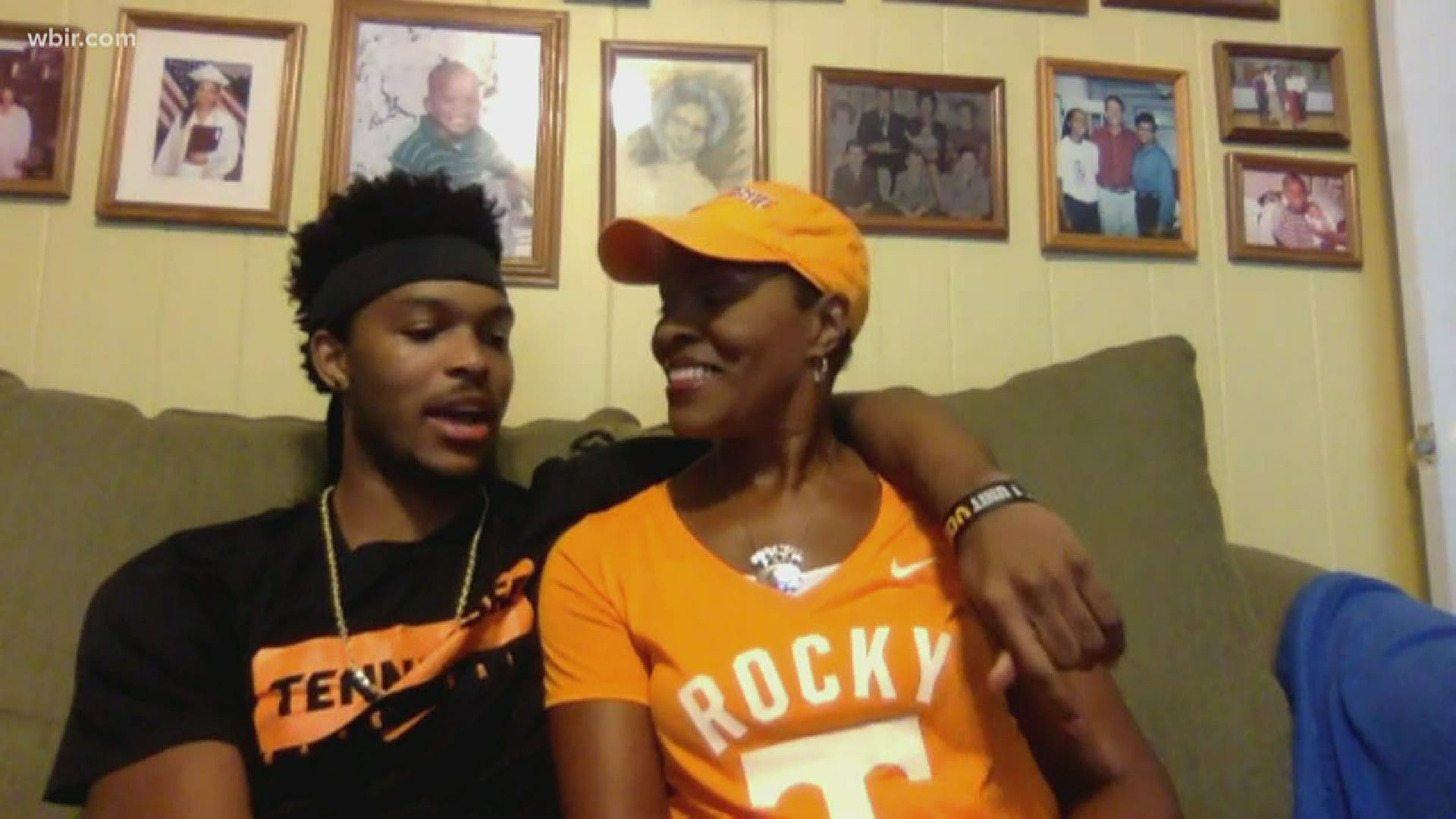 For Tennessee’s freshman guard, Josiah-Jordan James, basketball in his blood. His mother, Sonya Brice was refereeing high school basketball while she was pregnant with Josiah and in his crib wasn’t a teddy bear, but a basketball.

James learned the rules to the game at an early age, with his mom breaking down his every move on the court. Sonya Brice followed the book closely, even critiquing some of James’s moves that she maybe would’ve called a different way. James says he's thankful for his mom's guidance because it taught him good habits at an early age.

Those good habits led him to being one of the top combo guards in the nation coming out of high school. Offers from top college basketball programs rolled in, but Mrs. Brice knew Josiah would make the right choice on where to play next.

"He knows what home feels like." Sonya Brice said. "When he picked Coach Barnes, he knew, that we knew, that was home for him and when he said to me 'Mom, I'm going to Rocky Top, I just started screaming."