The Vols head into the postseason ranked fourth nationally and undefeated at home. 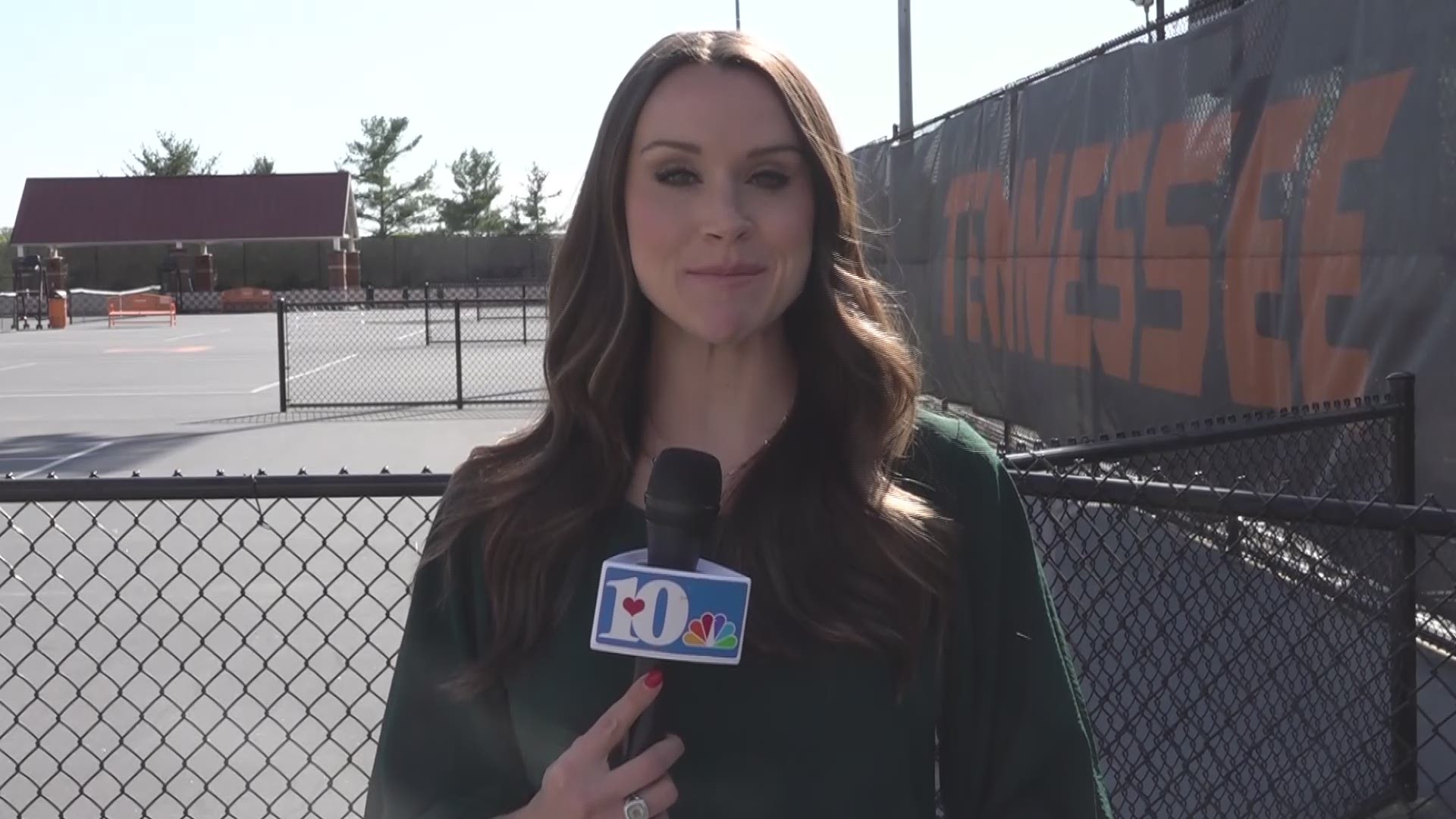 The Tennessee men's tennis team is having its best season in over a decade.

The Vols are ranked fourth nationally and are undefeated at home heading into the postseason next week.

Tennessee has an overall record of 21 and 3 and of the Vols 21 wins 13 of those wins have come against ranked opponents. That is the most ranked wins in the country.

Former Vol tennis player, now head coach Chris Woodruff is in his fourth season as Tennessee head coach, but has been on the staff for 19 years. Woodruff was an NCAA singles champion himself, and as a pro totaled seven wins against former world number one players.

Coach Woodruff says the success his team is having now, comes from the focus they've shown the last 12 months.

"We have tried our very best to just stay focused on working hard day-by-day." Chris Woodruff said. "That's really about it. There's no 'secret sauce' we just try to focus on little progress every day. We had some goals at the start of the year that we were determined that if we were able to play that we were going to try and do a couple things, and so far it's worked out well."

Some of that secret sauce is graduate student Luca Wiedenmann.

Wiedenmann holds an overall singles record of 29-3, and currently ranks seventh on UT's all-time singles wins list with 112 career singles victories. Viedenmann's freshman season, the Vols went 3-9 in conference play. Now, the Vols are 10 and 2 in the SEC.

"He's been with me through the really, really lows of where we were." Woodruff said. "We had hit rock bottom and we were not winning any conference matches and times got really tough around here. Luca brings a strong, quiet, determination and he's just been terrific for the time he's been together with me."

Freshman Johannus Monday has primarily played at No. 2 all season in singles. Monday has 20-4 record in dual play, 11-1 in the SEC and has been named the SEC’s Freshman of the Week eight times.

"Being named the SEC Freshman eight times, I finally just stopped to announce it." Chris Woodruff laughed. "He has some good intangibles that as a coach are hard to find. He's 6'5, he moves really well, he's left handed. He's got a lot of things, and probably his biggest attribute is he loves tennis."

The Vols were unable to compete in the spring postseason last year after the coronavirus pandemic halted all sports. Woodruff said he learned a lot about his team and himself as coach through the aversity they experienced.

"I think time is of the essence." Woodruff said. "I still remember being in Columbia, South Carolina last year and just the looks. I remember talking to a friend of mine, Coach (Rick) Barnes, and I knew when the men's basketball tournament was canceled there was no way the men's tennis tournament was going to be played. There was a sense of panic. And fast-forwarding now, and being able to really appreciate that we can play tennis."

The Vols start the SEC Championships next Wednesday in Fayetteville, Arkansas.