No crying in baseball: The Tennessee Smokies will not play this season

According to Tennessee Smokies President Chris Allen, the 2020 Minor League Baseball season has been canceled. 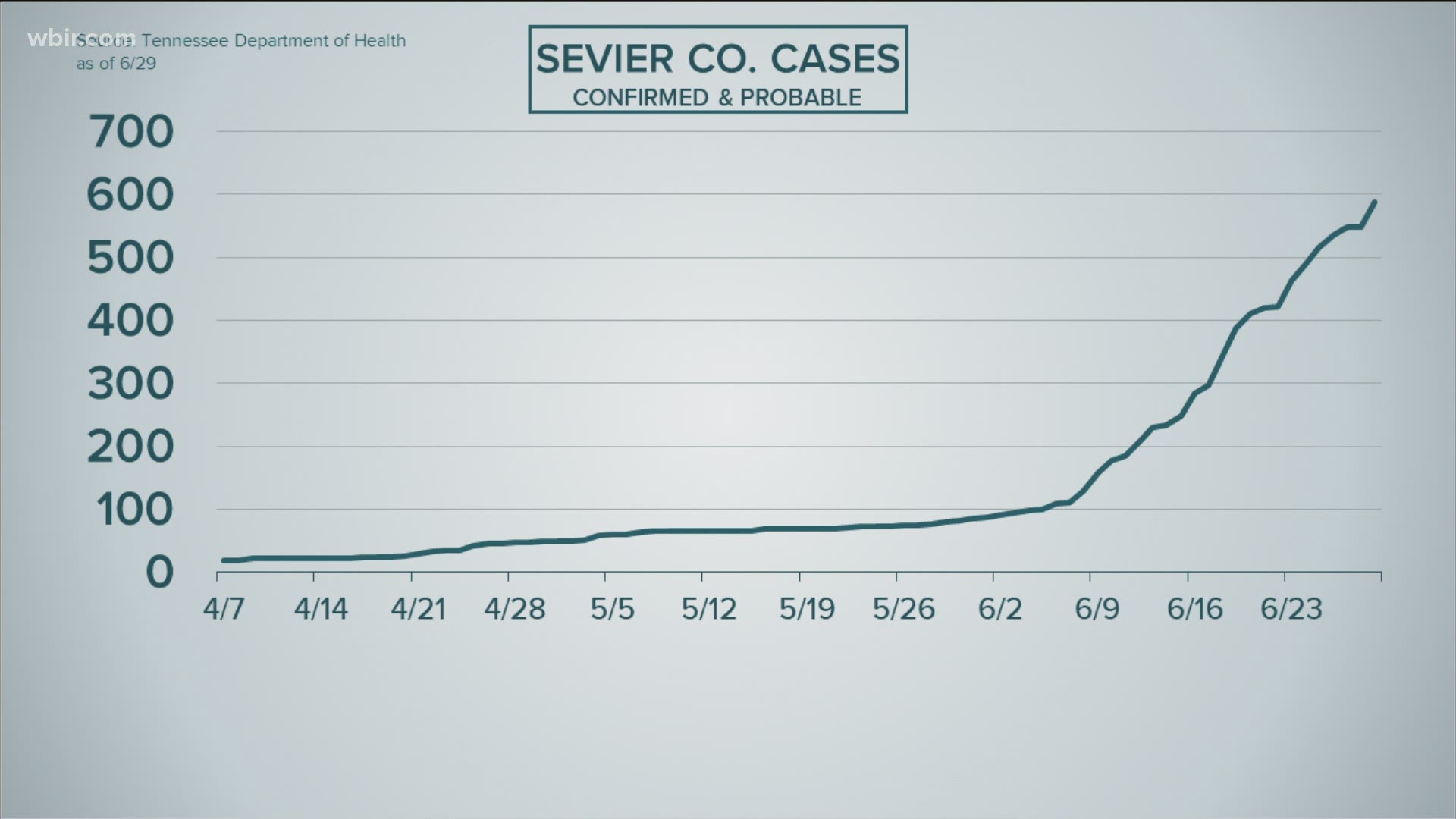 SEVIER COUNTY, Tenn. — The Tennessee Smokies will not take the field in 2020 thanks to the coronavirus.

According to Tennessee Smokies President Chris Allen, the 2020 Minor League Baseball season has been canceled.

This comes after Sevier County saw a nearly 550% increase in the number of cases in the month of June compared to May.

Minor League Baseball club owner Randy Boyd confirmed dozens of his employees were put on furlough in May, part of a massive sweep of layoffs hitting professional baseball.

Boyd had doubts then the season would go on this summer, and his suspicions were confirmed Tuesday.

Smokies Stadium off Interstate 40 in Sevier County typically draws thousands of fans to every home game. It has one of the best home attendance records in Double A ball, with popular fan events that include Star Wars Night and regular fireworks displays.

Last year the Smokies saw attendance of about 280,000, putting it in the top four in the Southern League.

Minor league players typically make no money from the game during the off-season unless they get winter assignments.

Major League Baseball had agreed to play minor league players $400 from what would have been the start of the season through the end of this month, according to NBC Sports. Employees were also eligible for the $600 in extra weekly unemployment benefits from the federal government.

Some teams have said they'll extend those payments, but the Cubs are not one of them, according to NBC.

Boyd also said he feared some of the less profitable minor league teams may not play again because of a restructuring proposal from MLB that will save about $600,000.

So, for example, fans in Johnson City, who have had baseball for decades, may potentially not see it again there under the MLB agreement. Johnson City is part of the Appalachian League.