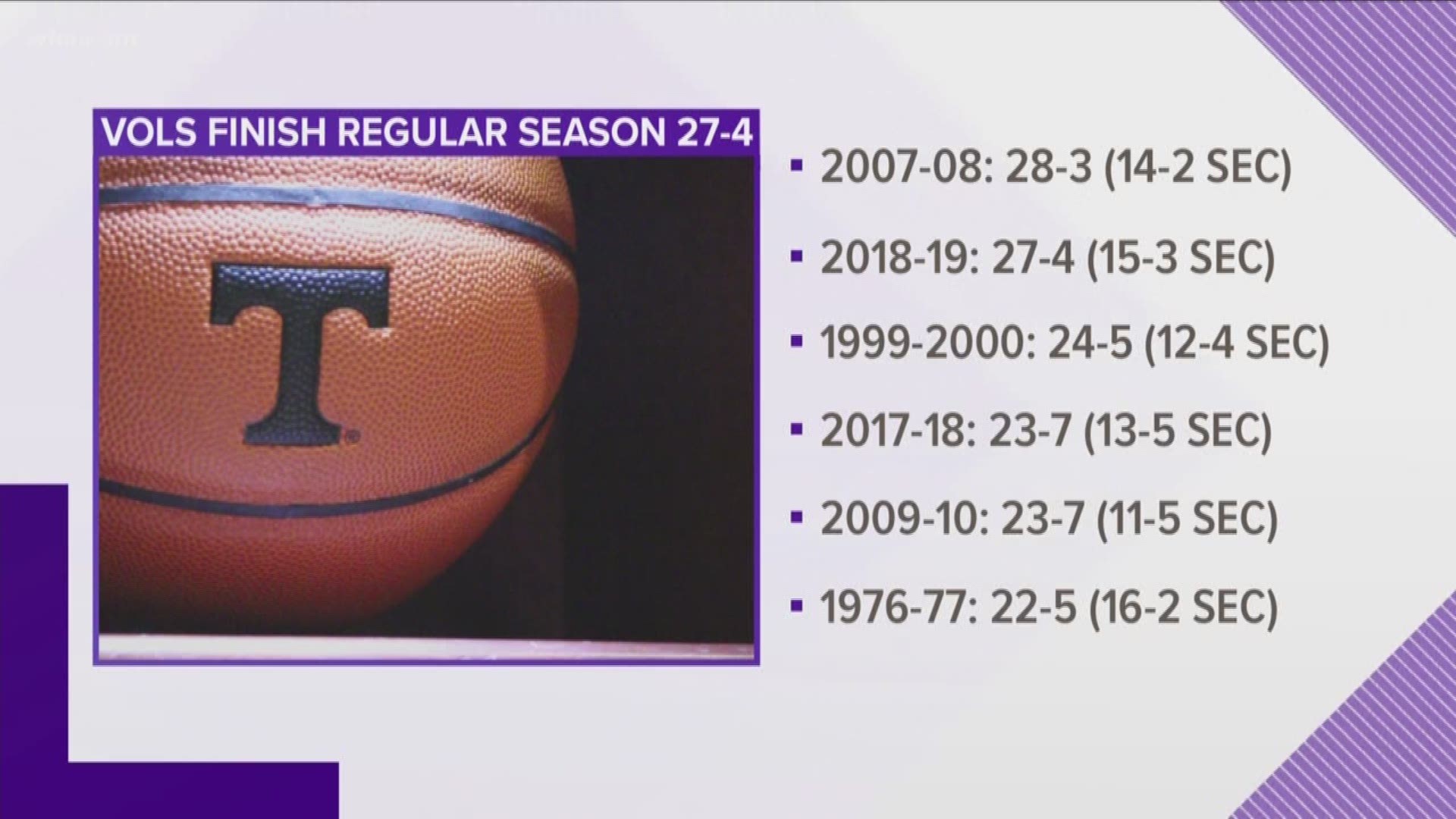 KNOXVILLE, Tennessee — There was plenty of Orange to be found in the All-SEC Teams announced on Tuesday afternoon. Three Tennessee players were named to the all-conference squads this season: Grant Williams, Admiral Schofield and Jordan Bone.

This is Grant Williams' second appearance on the All-SEC first team. He has now won SEC Player of the Year in back to back seasons, the first time someone has done that since Arkansas' Corliss Williamson in 1994 and 1995.

Williams finished the regular season as the conference's top scorer with 19.3 points per game. He showcased his versatility this season, adding 7.7 rebounds, 3.3 assists, 1.5 blocks and 1.2 steals per game all while shooting 57 percent from the field.

After finishing as part of the second team All-SEC squad last season, Admiral Schofield joins Williams as part of the All-SEC first team. Schofield averaged 16.3 points per game, which ranks fifth in the SEC, to go along with 6.3 rebounds and 2.0 assists.

Jordan Bone received his first All-SEC honor as well, being named to the second team. The junior point guard led the SEC in assists per game (6.1), ranked second in assist/turnover ratio (3.0) and seventh in field-goal percentage. His 189 assists this season are the fourth most by a Vol in a single season. His 13.4 points per game is a career-best.

Tennessee will play its first game of the SEC Tournament on Friday in Nashville. The game is expected to begin 25 minutes after the end of the Kentucky game, which begins at 7 p.m. EST. The Vols will play either Vanderbilt, Texas A&M or Mississippi State.