Today marks 50 days till NFL season, here's what you need to know 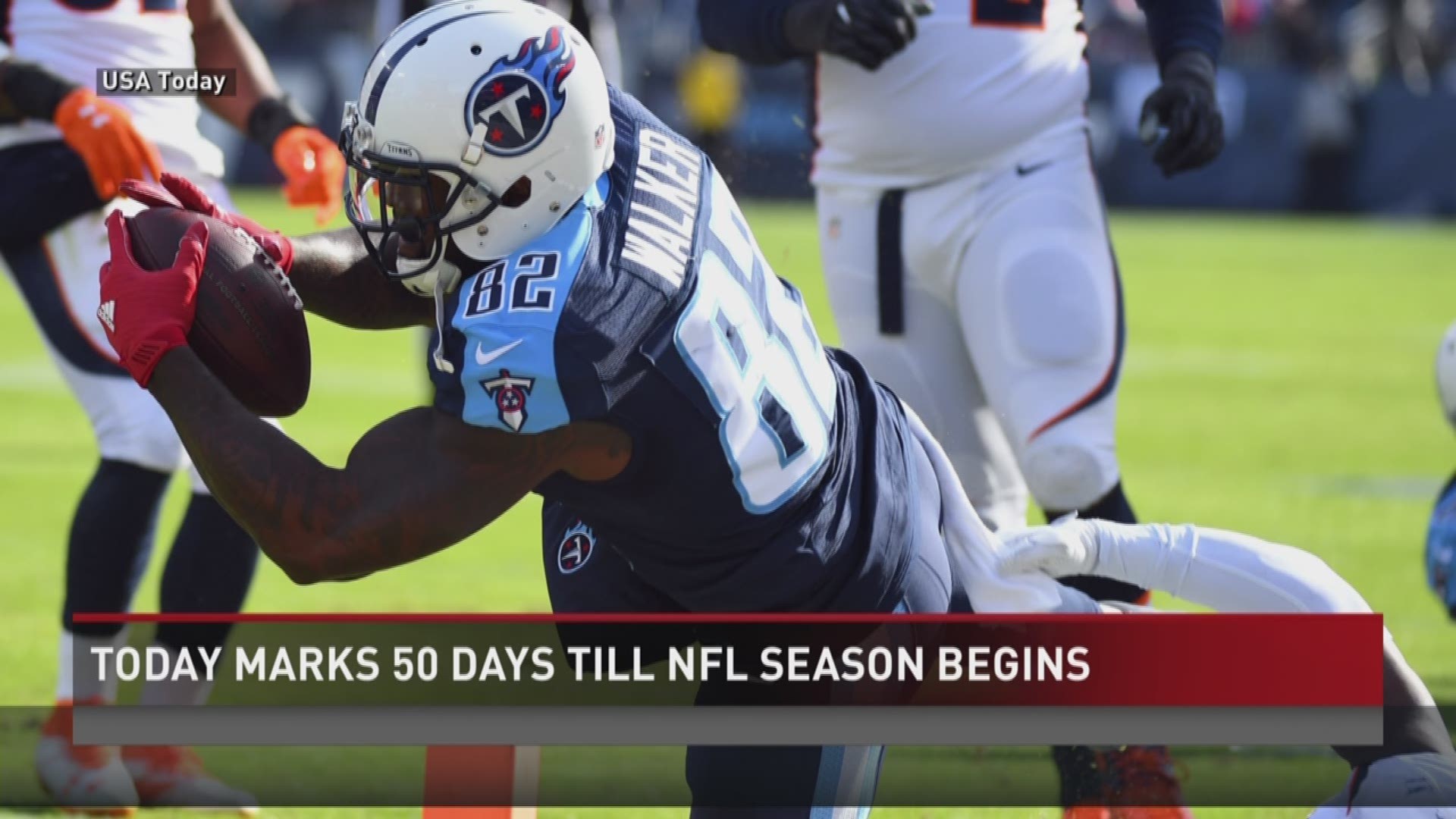 Today marks 50 days till the start of the NFL season. Here's a glimpse of what you need to know before the Titans open their season.

First things first, the Titans open their season at home on Sept, 10 against the Oakland Raidres. Heads up, former Vols Cordarrelle Patterson and rookie defensive lineman LaTroy Lewis both play for Oakland.

How about the quarterback? Marcus Mariota spent the off-season rehabbing a broken leg but is expected to make this third consecutive season-opening start. Hopefully he can pick up where he left off. Mariota's 95.6 passer rating last season was tenth in the league, and the third highest in franchise history.

Tennessee has a ton of targets to help Mariota do that, such as Delanie Walker, Rishard Matthews, first-round draft pick Corey Davis, and newly acquired veteran Eric Decker, to name a few. The Titans offense is stacked and that's something to be excited about.

The Titans report to training camp at Saint Thomas Sports Park on July 28, their first workout will be held on July 29.