The plan to bring Topgolf to the Knoxville area appears to be nearly finalized, with developers setting their sights to build in Farragut. 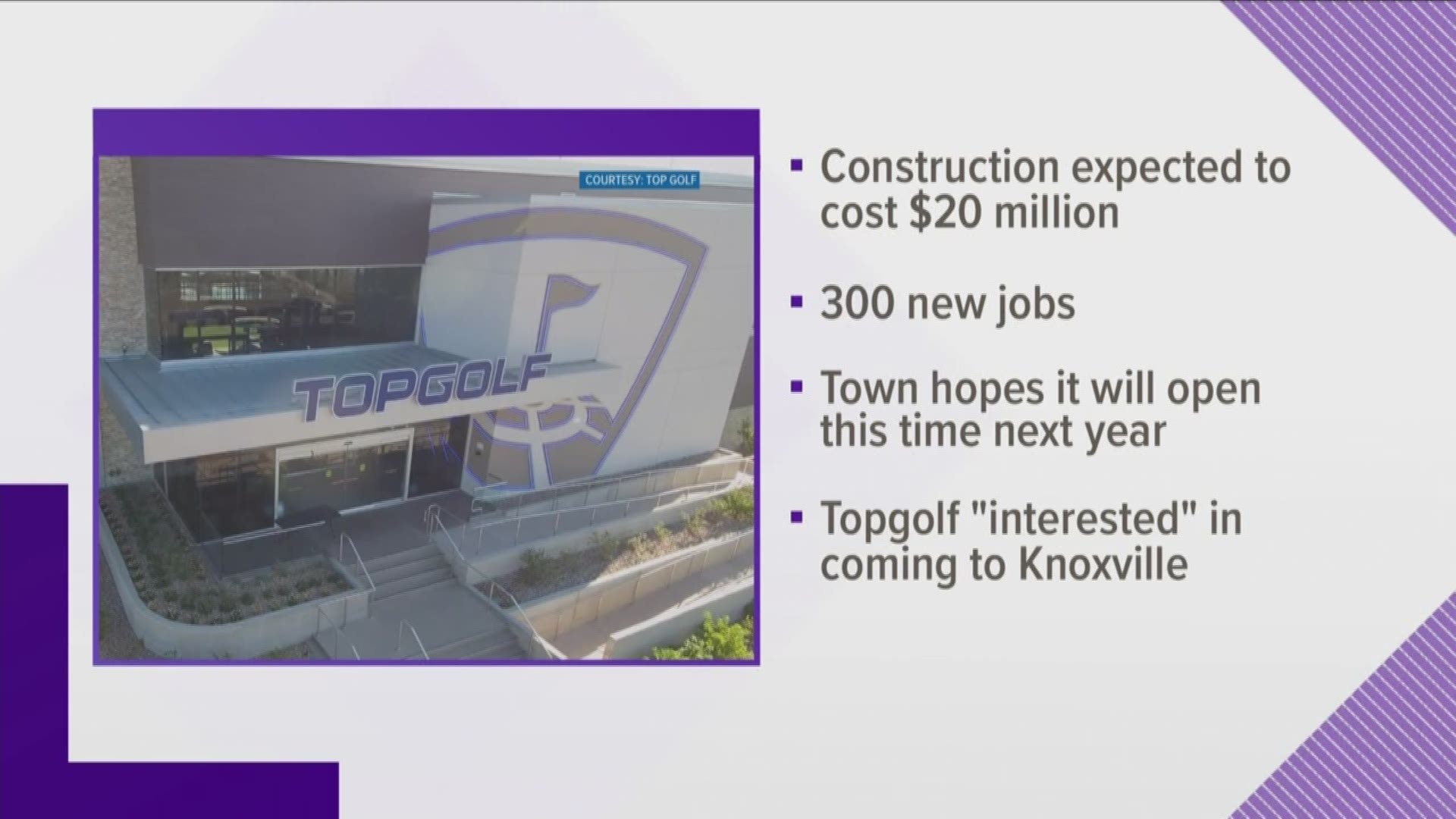 Town leaders still need to address some small details and get a permit to begin construction.

Topgolf has yet to formally announce it has finalized its plans to bring Topgolf to the area. They did announce a virtual Topgolf Swing Suite will be opening soon at the Embassy Suites in downtown Knoxville, though.

UPDATE (Aug. 29, 2019): The town of Farragut has approved zoning changes needed to allow Topgolf to build at a proposed location near Cotton Eyed Joe.

Town administrator David Smoak said the Board of Mayor and Alderman approved zoning changes to create an entertainment district at the proposed site between Outlet Drive and I-40/I-75.

The Planning Commission approved a grading plan for the site, and Smoak said the next step is the submittal and consideration of a formal site plan for access, parking and building facilities.

Topgolf has not formally announced they are building in Farragut yet, but town leaders said they have been working with Topgolf's developers to build a large golfing entertainment venue along the I-40 corridor.

In late 2017, Topgolf generated a lot of buzz after announcing it was 'actively searching' for a spot in Knoxville with plans to open sometime in 2020.

The sports entertainment chain Topgolf is teeing up to build in Farragut more than a year after it announced it wanted to come to Knoxville.

The town of Farragut said Topgolf's developers are working with the Farragut Municipal Planning Commission to change the town's zoning ordinance to allow them to build a large golfing entertainment venue along the I-40 corridor.

A preliminary draft of the site plan was presented during a June 6 planning commission workshop. The proposed location would be between Outlet Drive and I-40/I-75, just west of Cotton Eyed Joe.

Back in December 2017, Topgolf generated a lot of interest after announcing it was 'actively searching' for a location around Knoxville for a projected 2020 opening.

When they initially made the announcement, Topgolf said the plan was to build a three-level venue with 72 climate-controlled hitting bays that can host up to six players at a time, as well as 1,500 feet of private event space. The plan would allow them to hire around 325 full and part-time workers to staff the Knoxville location.

If you're unfamiliar with the Dallas-based chain, Topgolf is essentially an advanced golf driving range with game elements similar to bowling or darts. Players take turns hitting a personalized microchipped ball at one of 11 targets on the 240-yard range. The closer you get to a bullseye on the range with your ball, the more points you get.

You can see Topgolf in action in the video below: 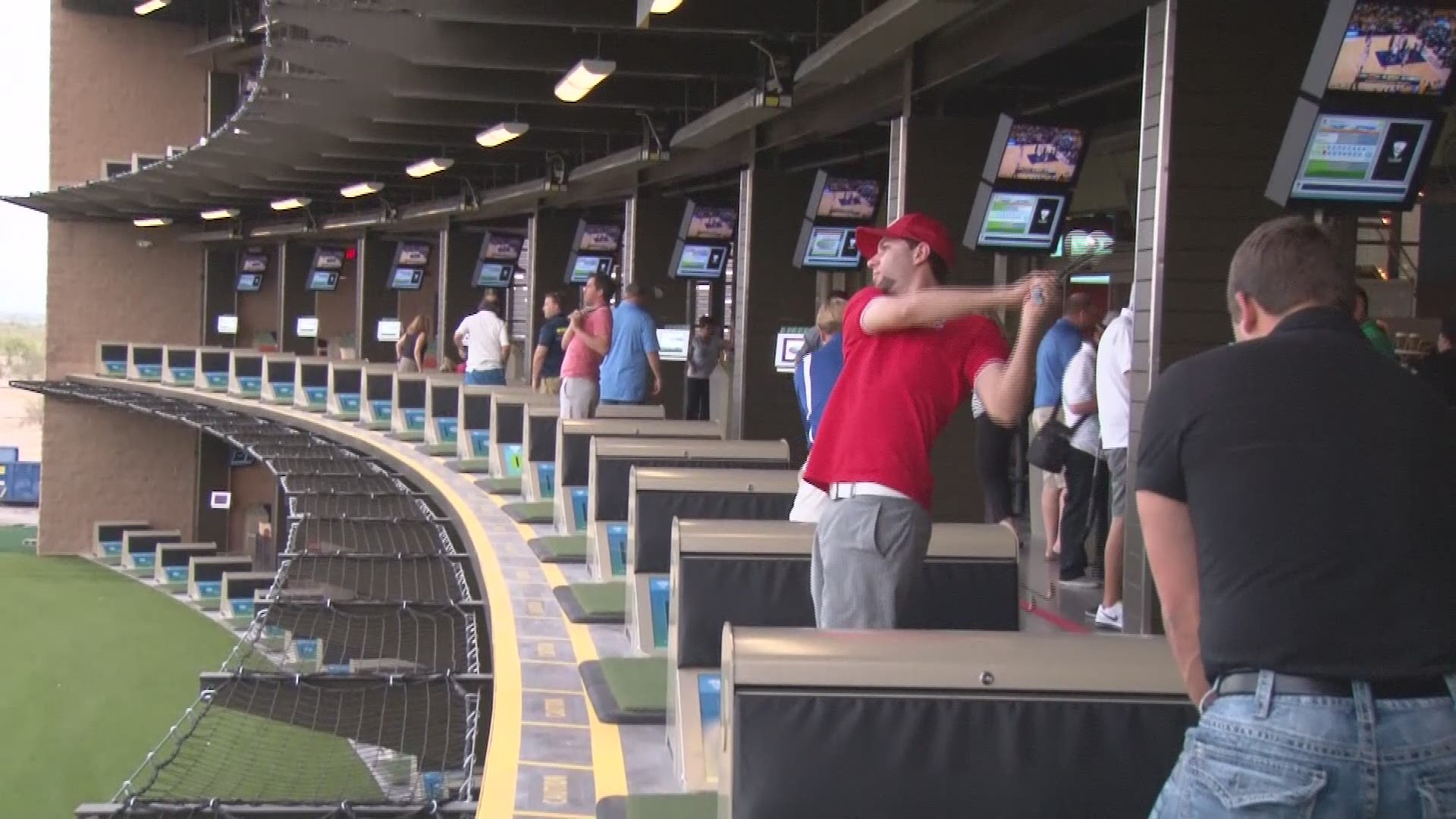 The chain also serves up food, drinks and music while people of all ages enjoy competing in point-scoring games. It also features top-shelf drinks, big screen TVs and places to relax between rounds, and hosts year-round golf events for kids and families.

Topgolf opened its first Tennessee location in Nashville in Sept. 2017.