Follow along as the Vols wrap up its Class of 2021. 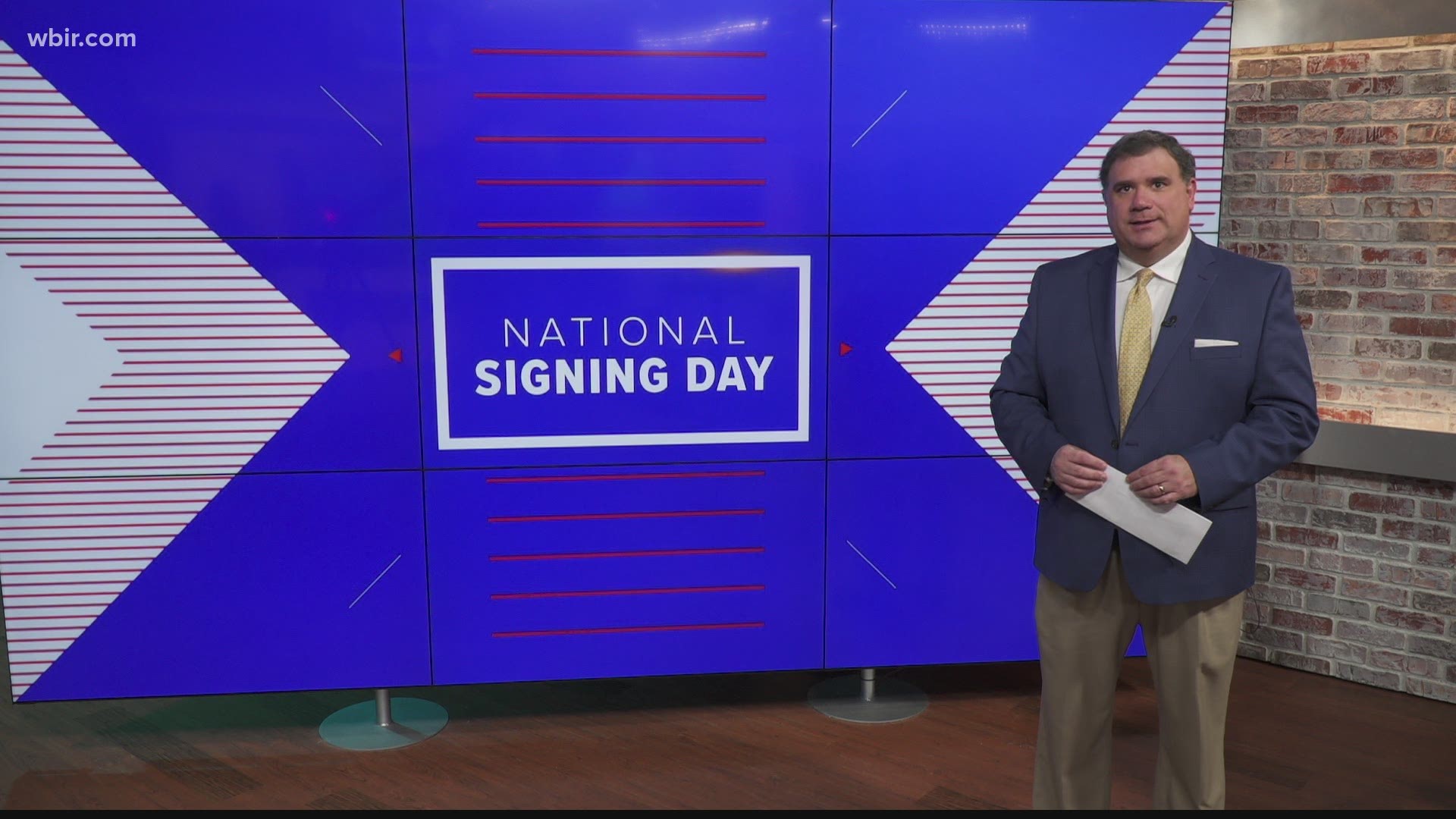 KNOXVILLE, Tenn — Josh Heupel has been head coach at Tennessee for a week now and already National Signing Day has entered the picture. Fortunately for the Vols, the majority of its Class of 2021 signed during the Early Signing Period back in December. There are a few spots available, but GoVols247's Ryan Callahan said on Tuesday night not to expect a whole lot of activity.

When it comes to additions in February, keep an eye on the transfer portal and the Junior College ranks.

"Josh Heupel mentioned on the day of his introductory press conference, the junior college season is being played this spring for most JUCOs across the country. So there could be some players who emerge this year, who could be options for Tennessee there as well," Callahan said.

Follow along all day as Tennessee adds players to the Class of 2021:

THANK YOU USC ✌️
Blessed to be a Volunteer. #GBO pic.twitter.com/xcJ1HTAsLX