Evina Westbrook and Rennia Davis combine for 44 points in a tight game for the Lady Vols. 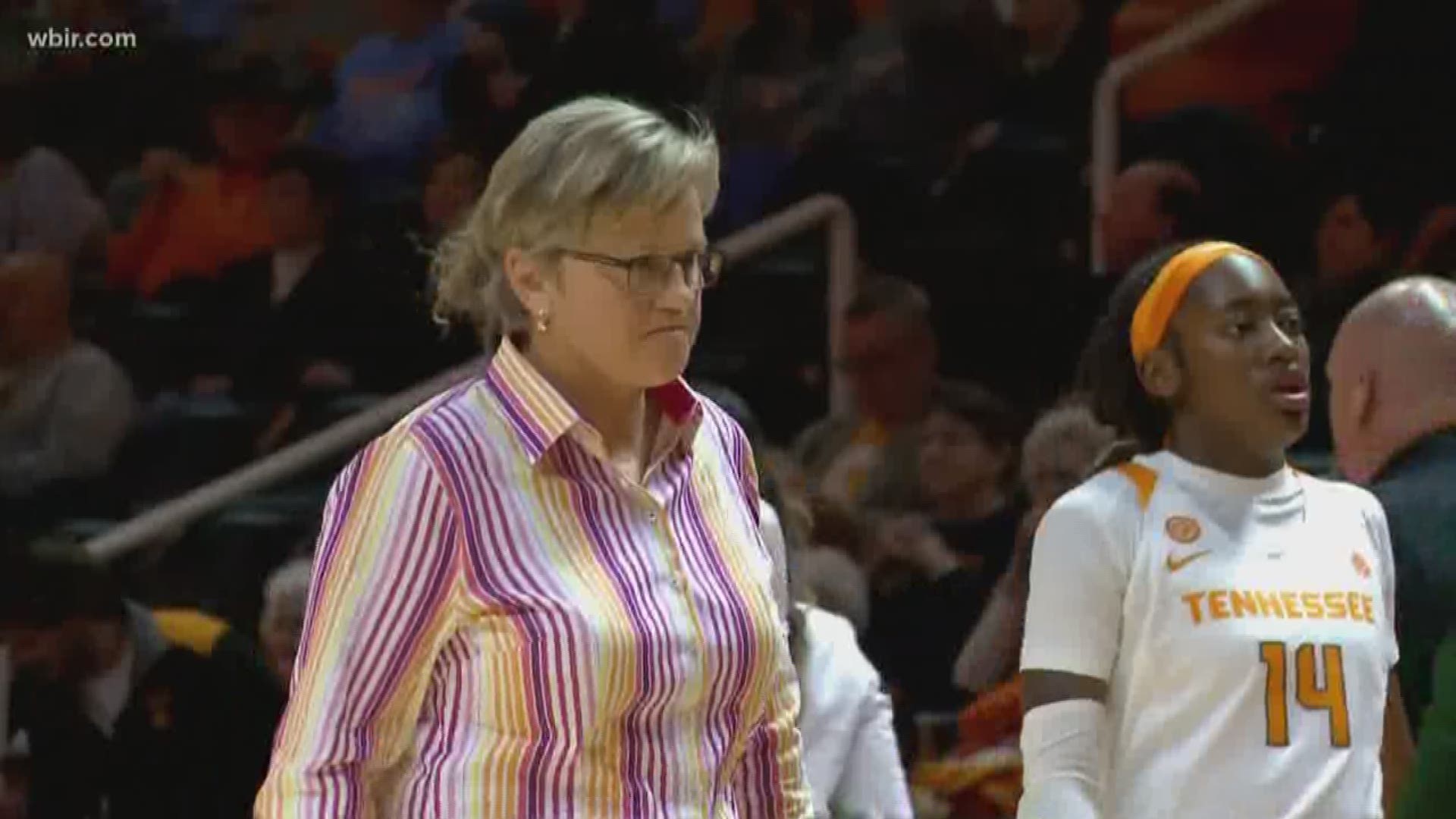 The Lady Vols needed a strong second half performance to pull out a win against the 1-6 Stetson Hatters on Wednesday night.

The Hatters played zone and slowed down the pace of the game tremendously in the first half.

"This team, we get going off of defense. When we're not able to get stops and not able to be aggressive it's hard for us to score," said Rennia Davis.

Stetson took its time on offense, finding open players and taking the best shot available. Stetson was 4-9 from outside in the first 20 minutes.

The second half however was a different story for the Lady Vols. In the third quarter Stetson managed to only score six points as Tennessee went on a blistering 22-0 run. Going into the fourth quarter tied, Tennessee pulled away, final score 65-55.

Evina Westbrook and Rennia Davis combined for 44 points on the night, but the team's bread and butter was the charity stripe. The Lady Vols shot 83.3 percent from the free throw line (25-30) compared to their season average of 58.9 percent.

The team said the biggest difference in the first half was the energy both squads brought to the court to start things off.

"To be honest, they came out with a lot more energy than we had," said Westbrook.

"These guys are fighters and there's no reason why we can't start off the game like we how we played in the third and fourth quarter," said Warlick.

Between Stetson, UAB, Clemson and Oklahoma State, the Lady Vols have played in some tight games this season. Warlick says it's an opportunity for the young team to learn and grow.

"Two, three years ago, down by 20, I'm not sure if we would have pulled off that or sent a game into overtime like we did UAB, so this team really believes in, really each other, and that's been the difference for us."

The team will have to take that lesson to heart with the schedule they have upcoming. The Lady Vols will travel to No. 12 Texas on December 9 and then return home to face No. 11 Stanford on December 18.