The game was canceled due to COVID-19 concerns on Friday. A decision will come no earlier than Monday. 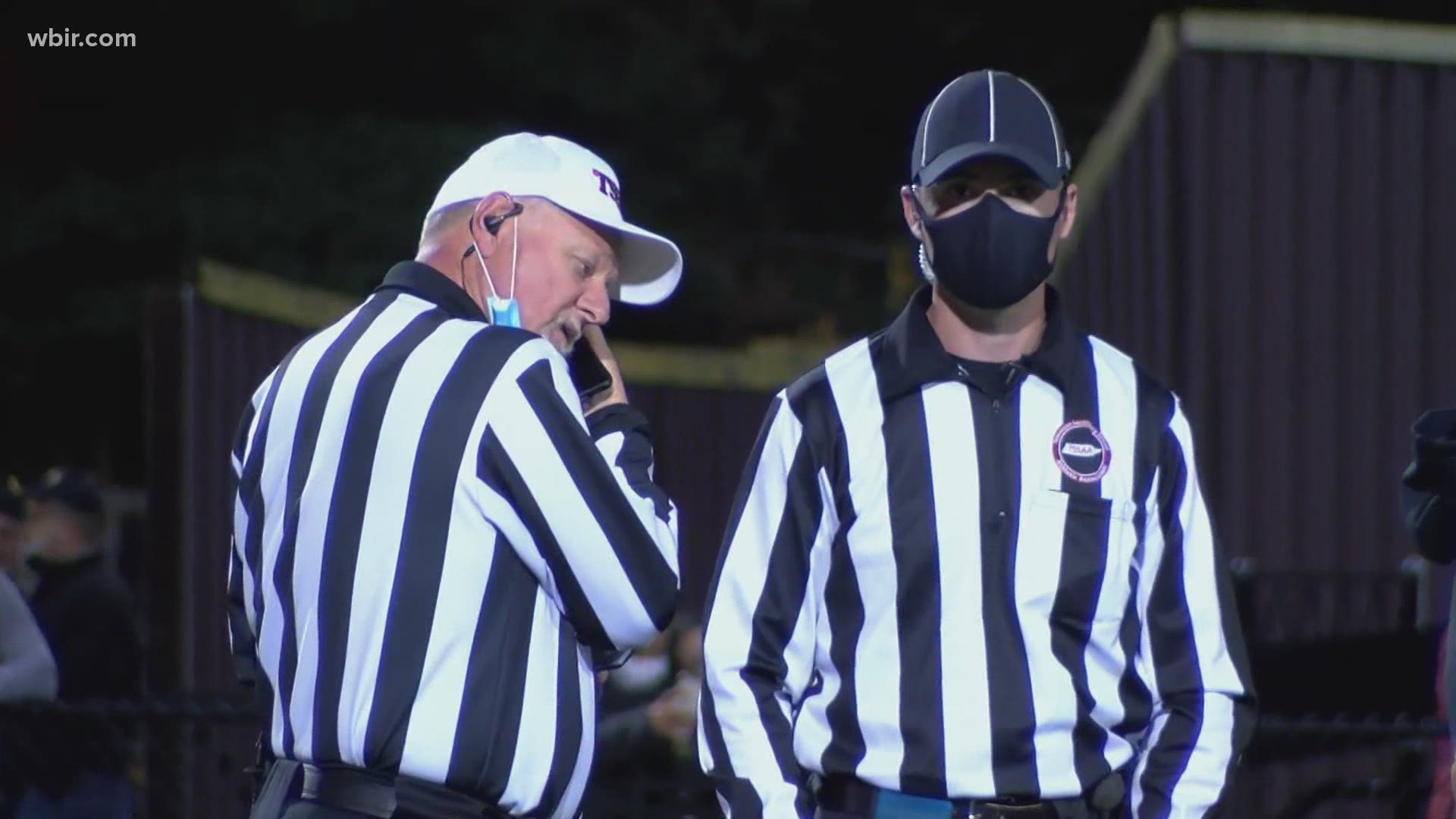 The TSSAA said its officials will decide whether McMinn County's and Dobyns-Bennett's high school football seasons are over next week.

The second-round playoff game between McMinn County and Dobyns-Bennett was canceled shortly after 7:30 p.m. Friday night.

According to Kingsport City Schools Superintendent Dr. Jeffrey Moorhouse, Dobyns-Bennett was notified by the Sullivan County Health Department at 6:05 p.m. that a player on the McMinn County football team tested positive for COVID-19.

McMinn County is disputing these findings. McMinn County Football tweeted on Saturday that the supposedly positive player was not on the roster, was not there to play and did not ride the bus with the team.

The supposedly +player was not on the roster and was not there to play! He did NOT ride the bus with the team. He also had an authorized letter and NEGATIVE test in hand that nobody would even look at last night!

Moorhouse went on to say that Dobyns-Bennett is treating this as a COVID-19 win but official word has not come yet from the TSSAA.

Both teams were on the field warming up but were instructed to leave the field before 6:30 p.m. About an hour later the game was officially canceled.

"We come out and take the field for pregame warmups," says Dobyns-Bennett Head Coach Joey Christian. "Coach [Frankie] DeBusk pulled me off to the side and said, 'Hey a situation has arose.' And I was like, 'What are we talking about?' It just escalated from there."

Tonight’s game has been officially canceled as announced over the PA system @news5wcyb. It’s due to COVID 19 concerns pic.twitter.com/zNzzk7NgLP

"We were talking to the State Medical Director, our Health Department, and Bernard Childress with TSSAA," says Moorhouse. "We were trying to get this worked out but because of the time of the information, there wasn't time to get it all worked out and be able to play this game."

"The TSSAA has asked administrations of both schools to submit all factual information to them and a decision will come no earlier than Monday."