The Vols bounce back from its first loss of the season to beat VCU in the Emerald Coast Classic. 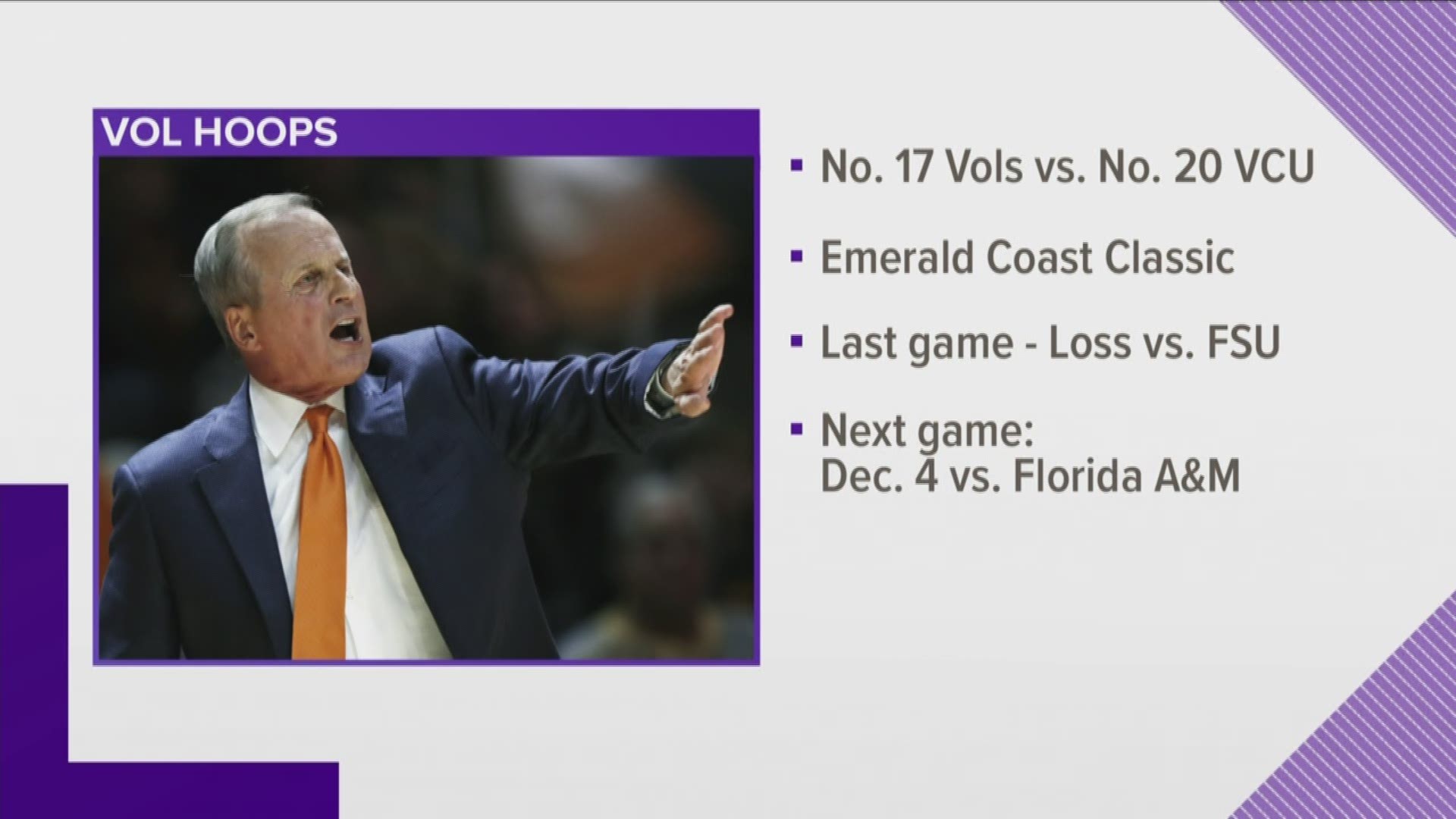 NICEVILLE, Fla. (AP) - Lamonte Turner made a 3-pointer at the buzzer to give No. 17 Tennessee a 72-69 victory over No. 20 VCU in the Emerald Coast Classic third-place game on Saturday.

Turner’s big shot spoiled a dramatic comeback by the Rams, who trailed by as many as 13 points in the second half.

Jenkins hit a 3-pointer to tie the game at 69-69 with 5 seconds left. Tennessee called timeout and inbounded the ball from the front court with 1.7 seconds remaining. Turner launched the winning shot from the right corner.

The teams traded the lead six times and were tied six times to open the game before Tennessee closed out the first half with a 17-6 run to take a 37-26 lead at the break. Jalen Johnson made a 3-pointer to break a 20-20 tie and start the run.

VCU chipped away and took its first lead of the second half on a jumper by KeShawn Curry at 58-56 with 6:42 to go.