UT: No decision has been made about football season

The SEC will make the decision on whether football and other fall sports will be played this fall. 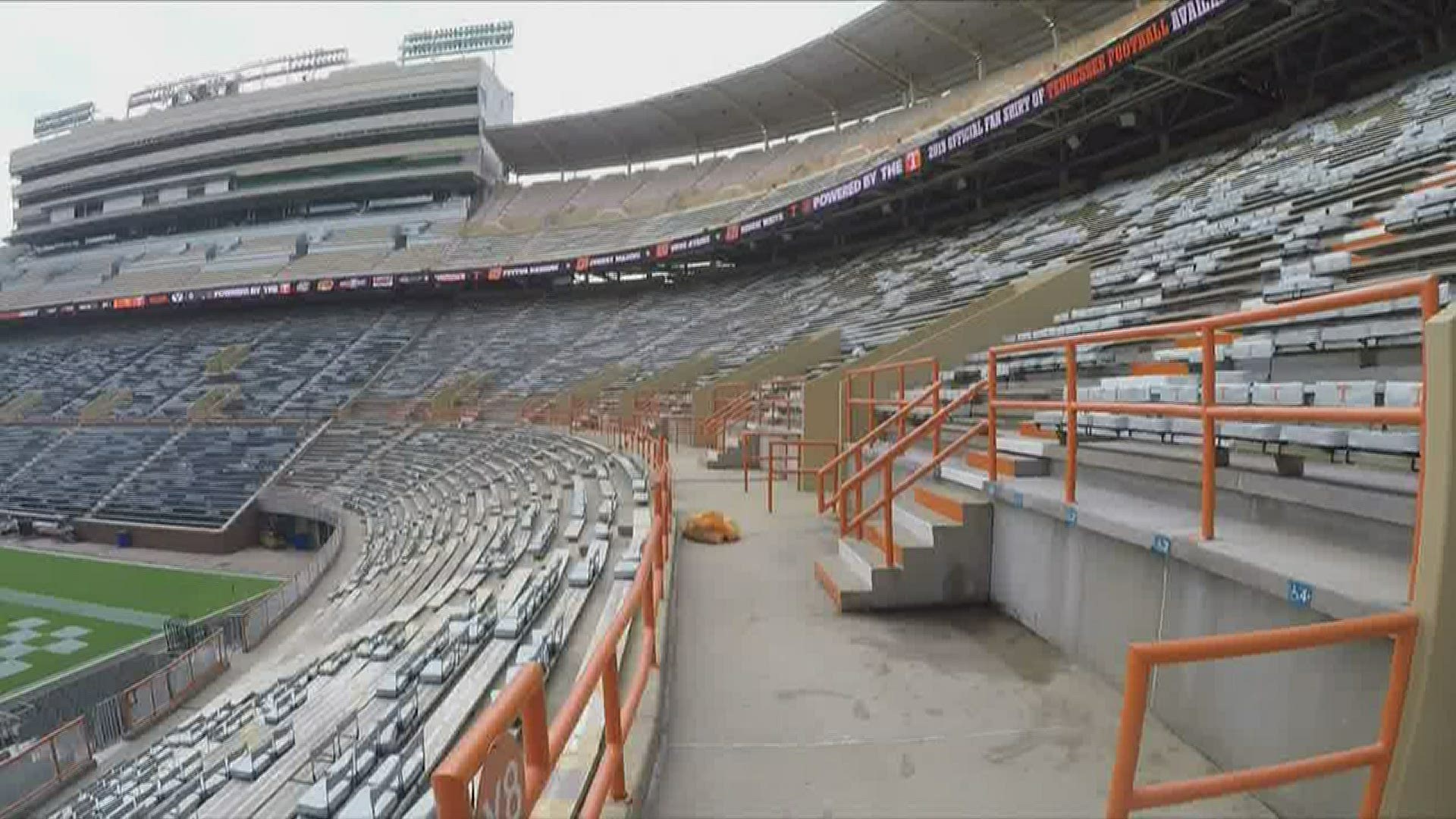 KNOXVILLE, Tenn — For Tennessee fans, nothing can beat a football Saturday.

Tailgating with friends, crowding into Neyland Stadium with thousands of other fans, the Pride playing Rocky Top and the team running through the T and doing battle on the field.

It doesn't get better than that.

But whether we'll get to enjoy that this football season, with the uncertainty of the COVID-19 pandemic and social distancing guidelines, is still in doubt.

On Thursday, UT said on Twitter that no decisions have been made about fall athletics.

It said those decisions will be made by the SEC, working with healthcare professionals.

"The health of our community is our first priority," officials said, and added that Chancellor Donde Plowman and Athletics Director Phillip Fulmer are in regular contact with the SEC.

RELATED: University of Tennessee plans to welcome students back to all campuses in the fall

In April, Associate Athletics Director for Communications Tom Satkowiak told 10News that officials were making plans as if the season would proceed as scheduled, but acknowledged they were being optimistic in that approach.

The posts on Twitter may have been in response to an interview a UT infectious disease expert gave to a Memphis radio station.

He said he didn't think there would be spectators at games in Neyland Stadium this year.

"That's just not going to happen," he said.

Those comments were picked up by several media outlets and made the rounds on social media on Thursday.

Home of the Vols: Neyland Stadium

UT has already announced plans to have in-person classes this fall in Knoxville, and that's one of the requirements the NCAA wants schools to achieve before sports could resume.

So could football games be played without fans in the stadium?

That was the initial thought by both the SEC and NCAA in the very early days of the pandemic in the United States. Officials first announced that basketball tournament games would go on but be played without an audience. Of course, they rethought that decision and all the games were canceled.

Canceling football season would be a brutal blow to UT's athletic budget, which counts on $30 million from football ticket sales to help fund operations. UT also gets money from the SEC and NCAA for television rights to broadcast the games.