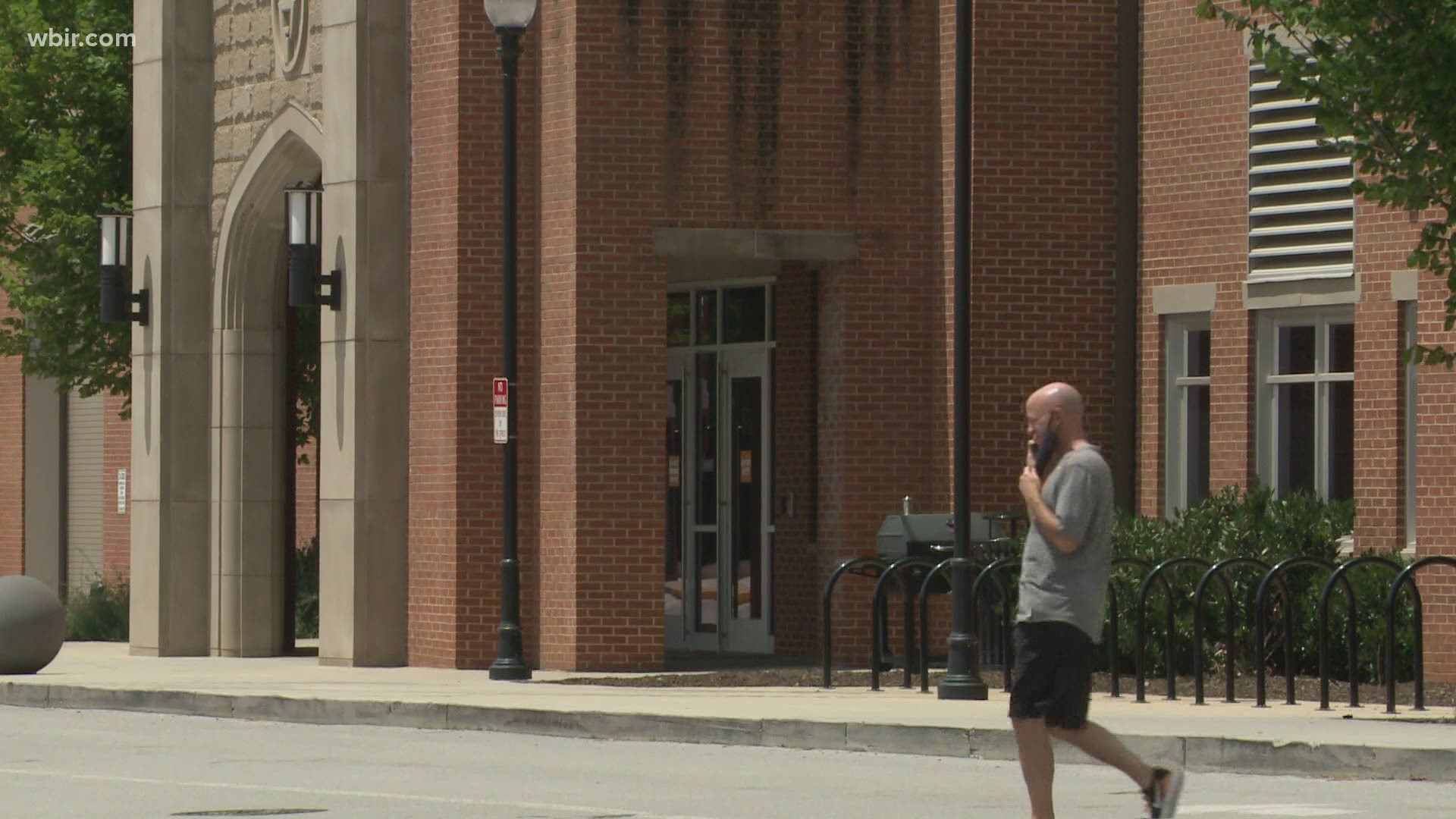 KNOXVILLE, Tennessee — Several University of Tennessee football players or signees face misdemeanor drug charges in connection with an incident this week at Stokely Hall on campus. Officials with the university also said they were suspended indefinitely from football activities as the incident is reviewed.

The University of Tennessee Police Department's crime log identifies those charged as Martavius French, Isaac J. Washington and Aaron J. Willis. Also charged are Clinton Warren and an unnamed juvenile, according to UTPD.

They've been arrested in connection with the misdemeanors.

The incident happened around 8 p.m. Tuesday, March 9, at the residence hall at 1311 Lake Loudoun Blvd.

According to authorities, several males entered the Stokely apartment and walked to a room.

They knocked on a door. A roommate answered the door and said he was assaulted by one male, according to authorities. None of the four adults has been charged with assault.

A witness and the victim said they did not know the suspects' identities.

Police said that they tried to find out more information from the alleged victim but that unnamed person refused to discuss the incident.

UT Clery Compliance issued a safety notice as a result of the incident.

French, 18, is an inside linebacker from Memphis. He was a freshman in 2020 and saw no action.

Washington is a defensive lineman from Pilot Mountain, N.C. He committed to Tennessee in March 2020 when Jeremy Pruitt was still head coach.

Willis is a linebacker from Midlothian, Va. Like Washington, he's part of the 2021 signing class.

Warren, 18, is identified as having a Memphis address and living at Stokely Hall, records show.