The pair were riding in a vehicle early Saturday when police stopped them on the Cumberland Avenue Strip. 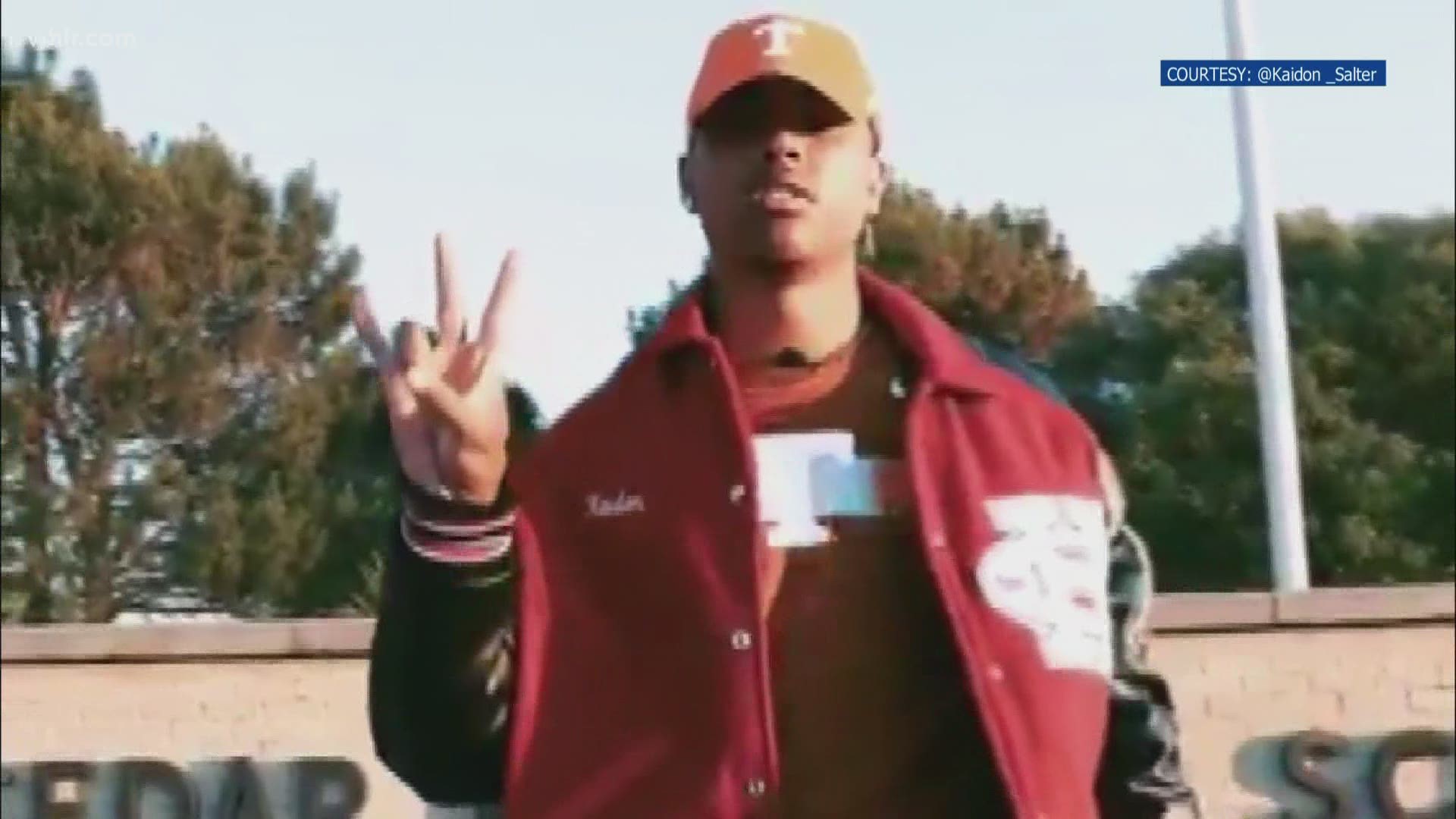 For freshman quarterback Salter, 18, this is the second time he's faced police scrutiny in three months. He was suspended in March -- and reinstated by Coach Josh Heupel early this month -- after being among four players accused in an incident at Stokely Hall on campus.

"We are aware of the incident and are awaiting further information," UT Athletics told 10News on Monday afternoon.

According to UTPD's police log, other minor charges Saturday lodged against Salter included driving without a license, display of registration plates, violation of the light law and confiscation.

The report states: "Mr. Salter was stopped for a violation of light law (no tail lights) and a tinted plate cover over the vehicle`s registration. Mr. Salter subsequently admitted (post Miranda) to having marijuana (approx 4 grams) and telling the passenger to throw it out when officers stopped the vehicle."

Salter is from the Dallas area. McNeill, from Suwanee, Ga., committed to Tennessee in December after playing for Peachtree Ridge High School and is considered a defensive lineman prospect.

He's not shown on the UT football player spring roster. He joined summer workouts June 1. The University has not yet updated its summer roster.

The UTPD report for McNeill, 18, states: "On 19 June 2021 at approximately 0300 hours a traffic stop was performed on a vehicle. A bag of marijuana was observed on the ground in front of the vehicle and (McNeill) admitted to throwing the bag from the vehicle in hopes of avoiding detection. (McNeill) was charged with simple possession ... and released from the scene."

In March, four players were involved in a confrontation with a resident at Stokely.. Salter was a juvenile at the time and was not publicly named. He turned 18 a month later.

They have court dates in October.

Like Salter, Willis was eventually reinstated to the team.