VFL Inky Johnson has shared his story with thousands of people. On Friday, he shared that story with the 2019 Tennessee football team. 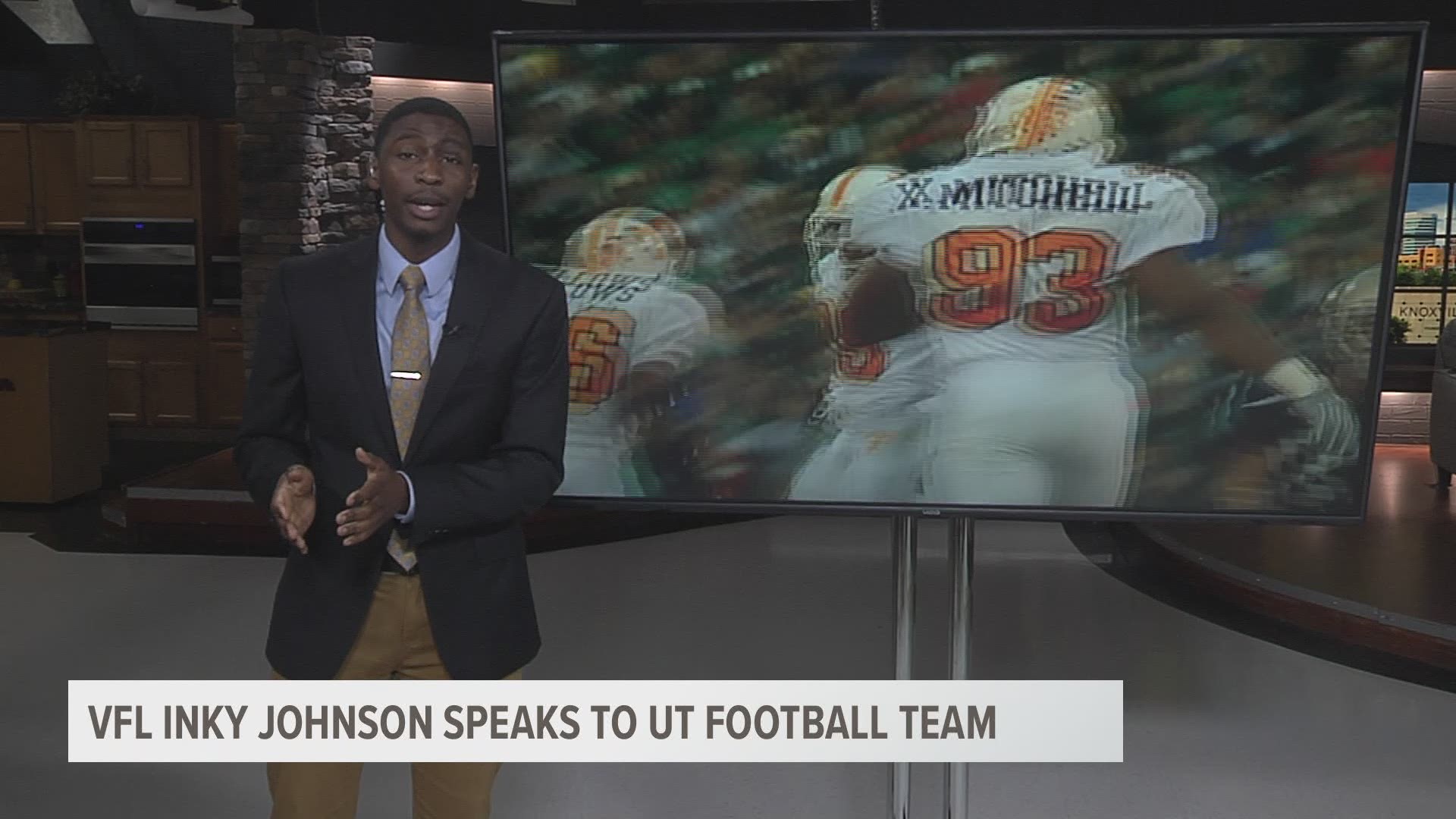 KNOXVILLE, Tenn. — VFL Inky Johnson has shared his story of faith and perseverance with thousands of people as an inspirational speaker. On Friday, the Tennessee football team and Director of Athletics Phillip Fulmer served as Johnson's audience, as he shared his story once more.

"It's a blessing to play the game of football. It's a privilege to play it at the University of Tennessee," Johnson said.

Johnson played for Tennessee in 2005 and 2006. On Sep. 9, 2006 Johnson suffered a career-ending injury in a game. At the time of the injury, NFL draft experts projected him to be a first-round pick. Due to severe nerve damage, Johnson has no mobility in his right arm.

"I take it personal when I watch a Tennessee game," he told the players.

Johnson told the team they should have one mentality about football and life. That mentality entails giving your all and not allowing your actions to betray your words.

"When I went for my last play, I knew I gave my teammates everything I had...every ounce of my spirit," he said.

The team gave Johnson a standing ovation at the conclusion of his speech.

"The message that he shared with players is right on track with what we’ve been talking about since we’ve been here," Pruitt said.  "So there was definitely much more energy [to start practice]. So my question is do we have to get Inky to come talk to the team every day?"