Tennessee Athletics will host a College World Series watch party this Sunday as the Vols play against Virginia. 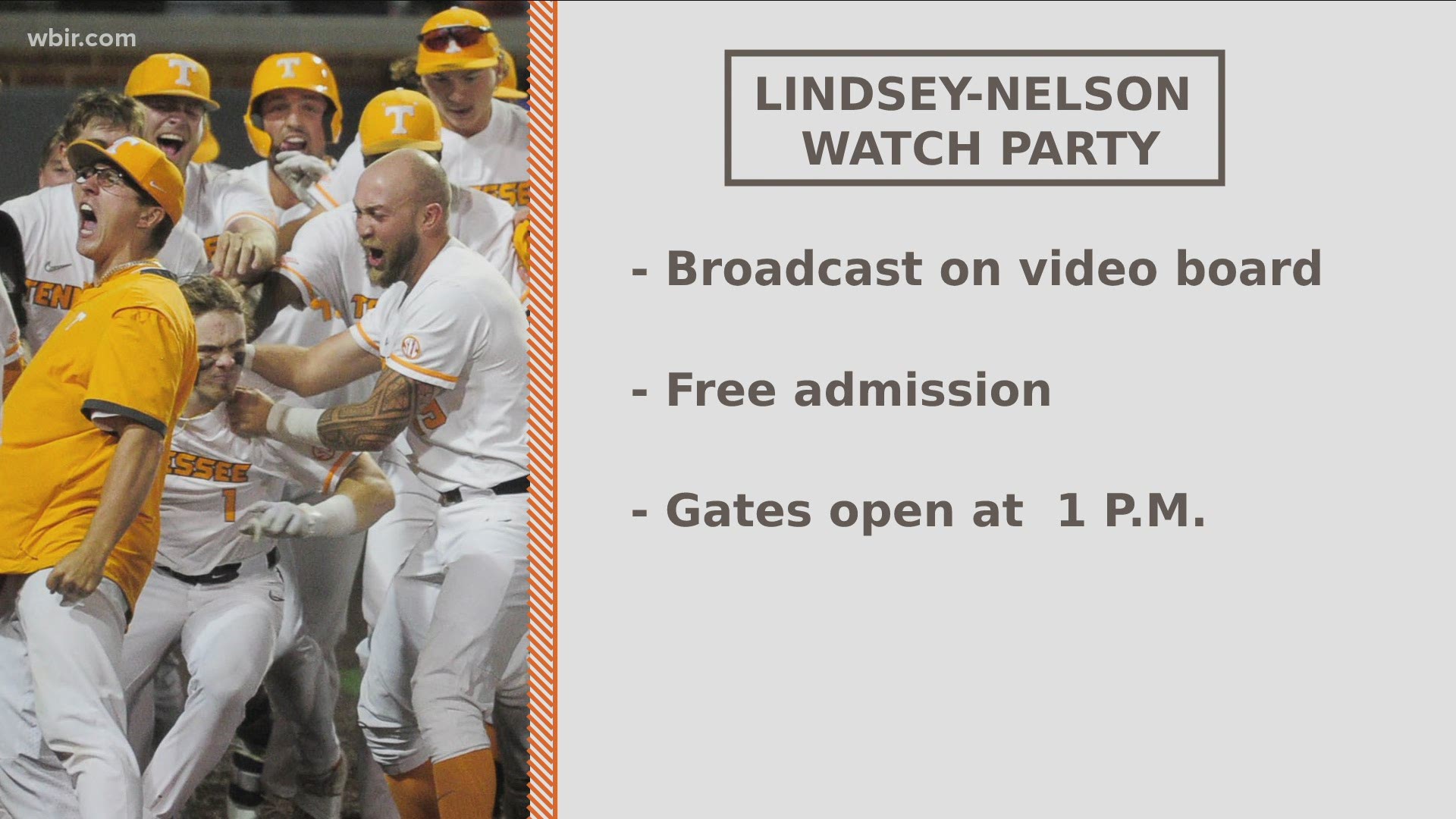 KNOXVILLE, Tenn. — For those not able to make the trip to Omaha, fret not! The University of Tennessee will be organizing their "Big Orange Watch Party" this Sunday at the Lindsey Nelson Stadium during the team's opening game against Virginia.

Admission will be free for all attendees. The stadium's front gate will open at 1 p.m., and the first pitch is set for 2 p.m. Free parking will be available in the G16 garage and all other lots near the stadium.

The ESPN2 game broadcast will be shown live on the stadium videoboard. Drinks will be available for purchase and fans are encouraged to bring their own food to the watch party. However, coolers, glass bottles and alcohol are prohibited during this family-friendly event.

Led by fourth-year head coach Tony Vitello, this will be Tennessee's fifth appearance at the College World Series in Omaha, Nebraska. Previous showings were in 1951, 1995, 2001 and 2005.

Tennessee enters Omaha following a 50-16 record for the season and on a five-game win streak.

The event may be canceled due to rain or inclement weather. Visit UTsports.com and check @Vol_Sports on social media for up-to-date information.