Vol fans travel from across the U.S. to cheer for their team in Neyland Stadium

One fan came all the way from Alaska, hoping to witness the start of a new and successful season. 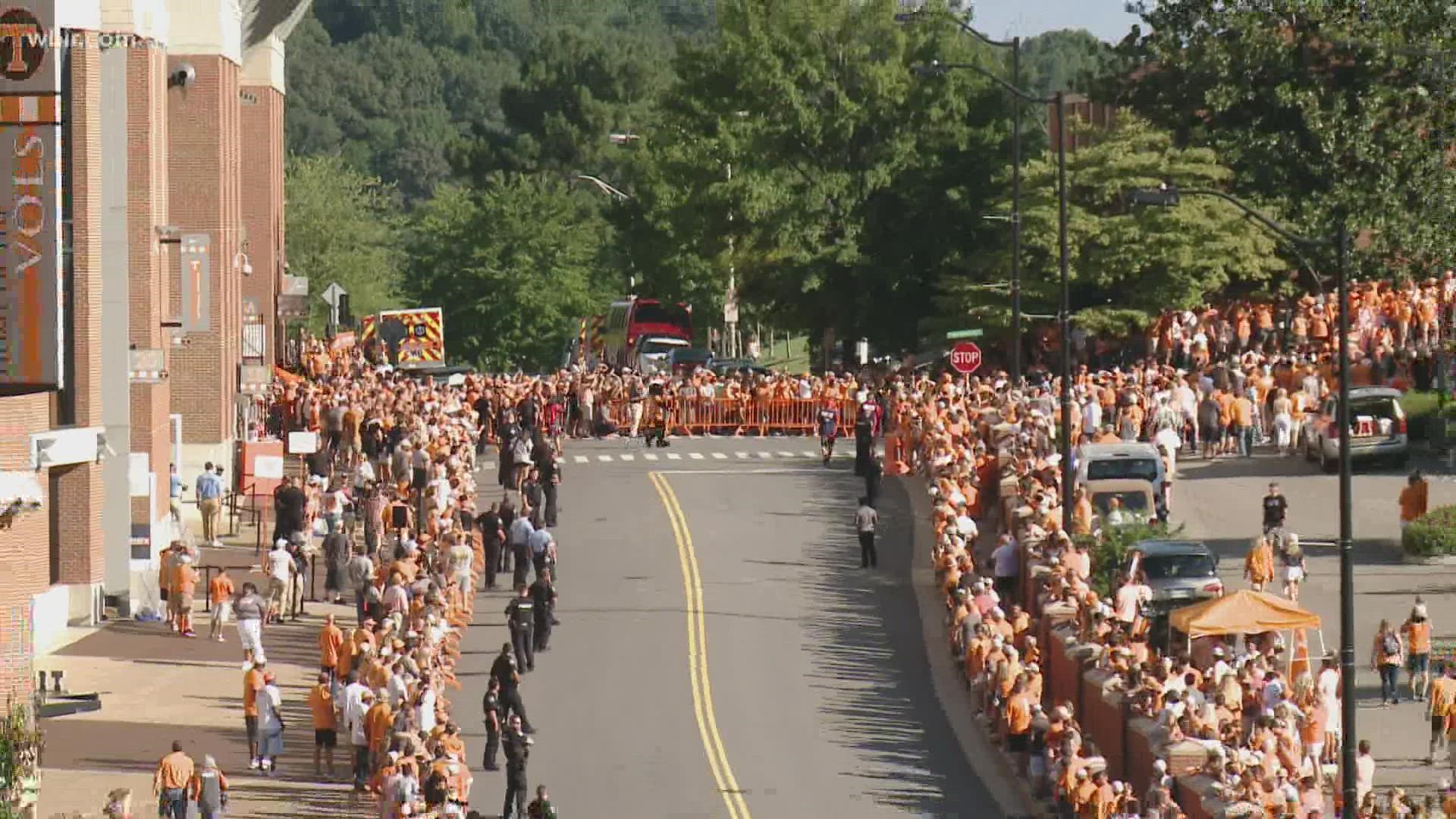 KNOXVILLE, Tenn. — On Thursday, the University of Tennessee campus is usually packed with students and staff heading to class and studying. But this Thursday, it was also filled with Vols fans for the first home game of the football season.

Many spent hours in the shadow of Neyland Stadium bursting with excitement at the chance to take part in many gameday traditions that were canceled last year due to COVID-19. They came from far and wide, with one eager Vol fan bringing his children all the way to Alaska to witness the start of coach Josh Heupel's career at UT.

"I thought this would be perfect for my kids," said Kelly Maixner, who traveled from Alaska. "It's a night game, and it's the first game of Josh Heupel's career here. Hopefully, a long winning tradition starts tonight."

Fans could scream and holler during the Vol Walk, showering players with praise as they walked into the stadium. They also had the chance to watch the Pride of the Southland band play before packing into the stadium for kickoff.

"I got to come to three games last year, but I've never been in a full Neyland," said Jenna Rae Mangum. "Because of COVID, we weren't able to do it, so this is my first game in a packed Neyland Stadium and I'm super excited."

The Vols were expected to win the game against Bowling Green on Thursday, and they scored less than a minute into the game to the cheers of fans eager for a win.

"Just, the environment of being around everybody, and getting to do our chants and everything," said Mangum. "I'm just super pumped for all of it."