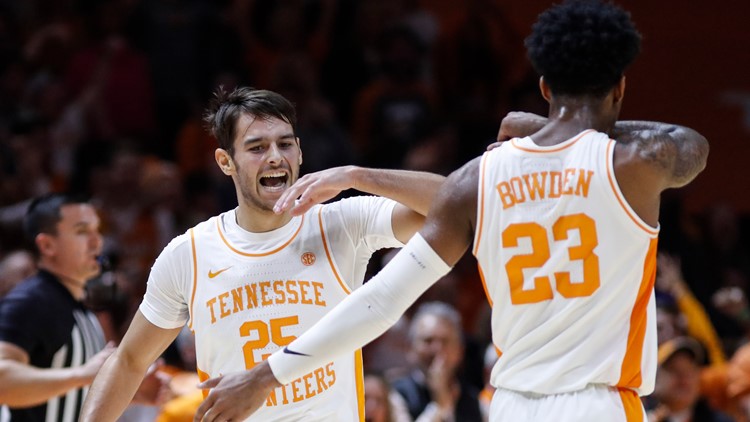 Rematch with Alabama Ahead for Vols in SEC Tournament

Tennessee will take on Alabama on Thursday in a rematch of a game played in Feburary in Tuscaloosa. The Vols came out victorious in that game, a game that was decided by a single point. The Vols will be fighting to keep their regular season alive with a win in Nashville.

Tennessee enters the game 9-9 in league play, just one spot above Alabama who finished the regular season with an 8-10 mark. Neither team played well on the road during the regular season, and while Tennessee will be playing in-state, they'll be about three hours from Thompson-Boling Arena.

Alabama comes into the game on a two game losing streak, while they Vols ended their regular season with a big home loss to Auburn just one game after shocking SEC Champion Kentucky on the road.

Since the Auburn game, a couple of Vols have been honored. Yves Pons was named the SEC's Defensive Player of the Year, a first in program history. John Fulkerson was named to the All-SEC second-team. Tennessee will likely need both players to have a strong showing this week if the Vols want to make some noise in the Music City.

Thursday's game tips off at 1 P.M. on the SEC Network.