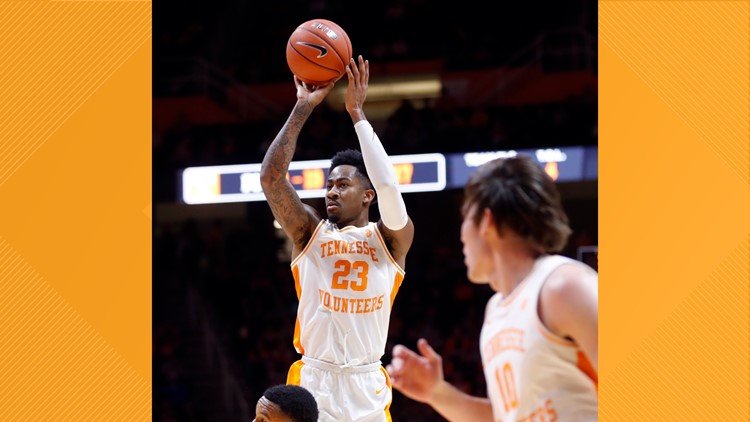 KNOXVILLE, Tenn. — Tennessee has dropped four of their last five games, but with Arkansas coming to town the Vols have an opportunity to right the ship a bit.

Arkansas is coached by Eric Musselman, who is in his first year as the Razorbacks' head man in charge. Musselman is often highly thought of, as he is a former NBA head coach and comes to the Razorbacks from the University of Nevada.

The Razorbacks began the season at a blistering pace. Winning 12 of their first 13 games, Arkansas was riding high as conference play began. Arkansas has struggled a bit since conference play began though, winning just five of their last 11 games. The Hogs haven't been great on the road either, going just 4-4 so far this season.

Arkansas has had some bright spots this year. While the Razorbacks have seven losses on the season, they're only losing games by an average of four and a half points per game. Not having lost a single game by double digits, even in losses Arkansas has been extremely competitive. It's no secret that the Vols are struggling to score the basketball of late, particularly from beyond the three point line. The Hogs are leading the entire country in defensive three point percentage, holding opponents to just under 25 percent from the three point line. If the Vols want to get things back on the right track from deep, it might be a tough task to accomplish tonight.

On top of their team-based numbers, individually the Razorbacks have some positives going for them. One player to watch tonight is Mason Jones. Jones put up 40 points two games ago against Auburn, currently leads the entire SEC in scoring, and has been named conference player of the week a league-best three times so far this year. Jones is undoubtedly the player to watch for the Razorbacks heading into tonight's game.

While on paper, this won't be a walk-through for the Vols, it is a winnable game for Tennessee. The Vols need to get back on track after facing a tough schedule to start things off in 2020. The time to get things right is now though, as after tonight Tennessee has just three home games remaining on the regular season schedule. There were 193 total points scored in last year's match up between these two teams, but tonight's game will likely finish with a final score that is quite a bit lower.

The Vols and Razorbacks will square off at 7:00 PM this evening at Thompson-Boling Arena.  If you're not able to attend the game, fans can watch live on the SEC Network.