The team was to play Dayton on Wednesday, but it canceled Monday. 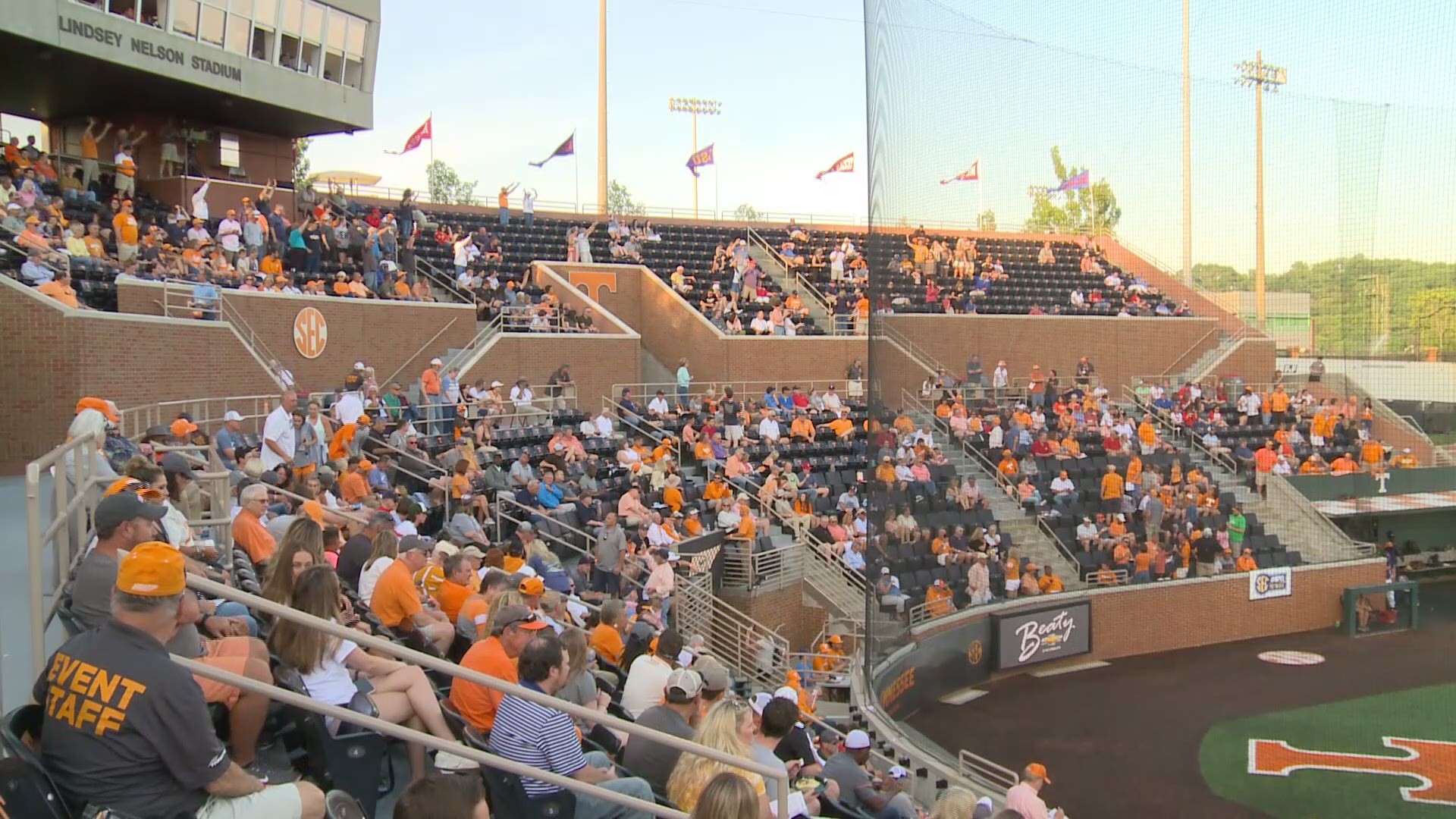 KNOXVILLE, Tennessee — The Vols' baseball game against Dayton for Wednesday was canceled Monday after the Ohio team elected to pull out, according to UT Sports.

"No makeup date for the game has been scheduled at this time and the Vols are actively seeking another opponent to play on Wednesday," an announcement Monday states.

If you had a ticket for the game, you're advised to keep it in case another opponent is announced.

Ticket holders will receive communication via email if additional changes are made to Tennessee's schedule and should be assured that VolsTix@utk.edu is recognized by their email client as a "safe sender" so emails are not directed to a junk or spam folder, according to UT.

"We will update fans on any new information as it becomes available."