Celebration and reaction after Vols win over Mississippi State

See Jeremy Pruitt dance in the locker room and check out the reaction to Tennessee's 20-10 win over the Bulldogs. 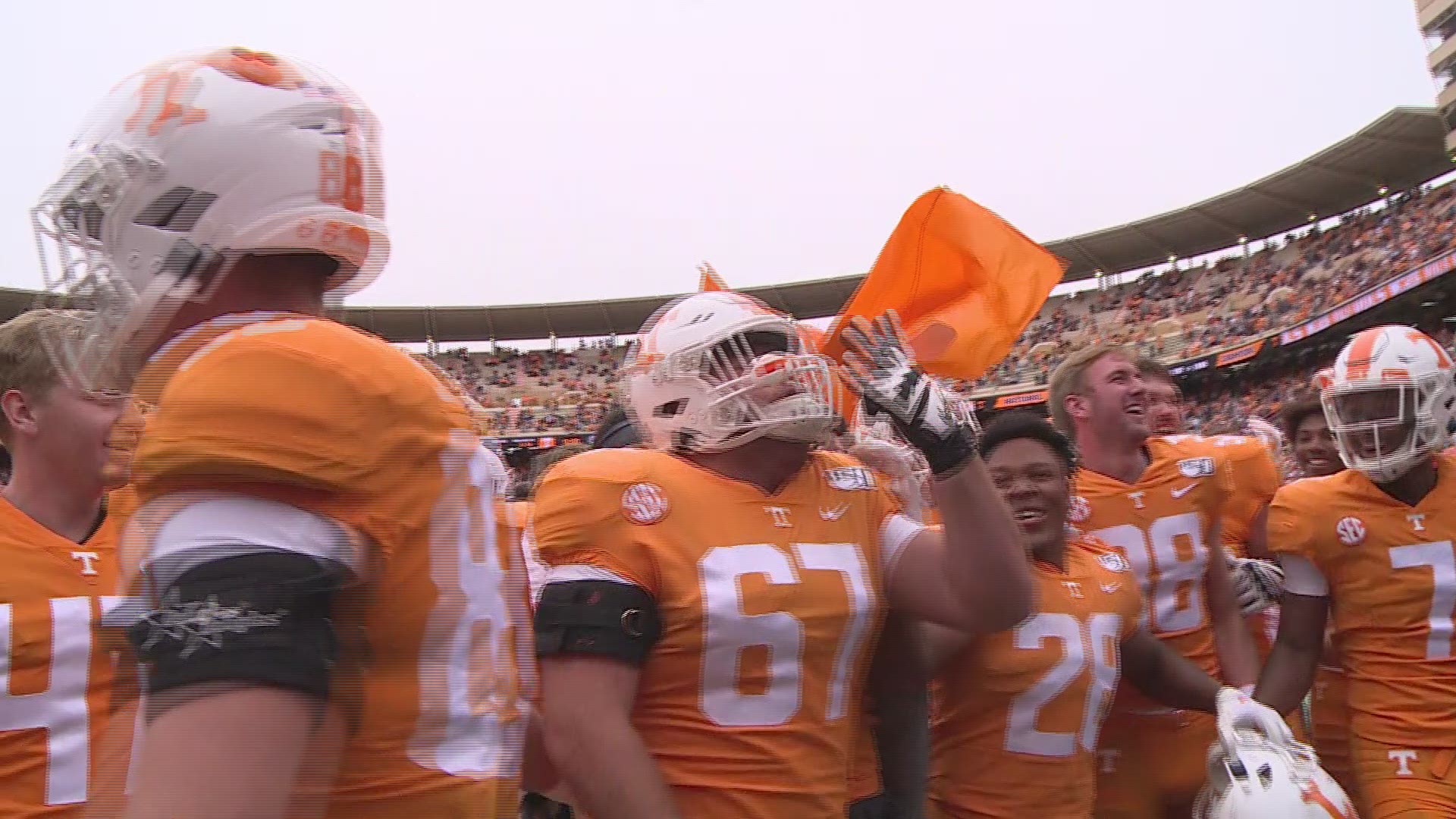 KNOXVILLE, Tenn. — The Vols earned their first SEC win of the 2019 season Saturday with a 20-10 victory over Mississippi State. The win snapped a six-game losing streak against FBS opponents.

Tennessee head coach Jeremy Pruitt isn't one to celebrate much after a win, at least not publicly but he did dance with his players in the locker room. He doesn't like his players to linger on the field too long after a game but the Vols got a chance to interact with the student section for a few minutes and some of them jumped up to sit in the crowd for a minute including quarterback Brian Maurer and senior Nigel Warrior.

Check out the locker room celebration, including Pruitt dancing in the video below:

Freshman linebacker Henry To'o To'o had a message for the fans after the win on Twitter:

To'o To'o was ejected in the second half for targeting and will have to sit out the first half of next week's game at Alabama.

Offensive lineman Trey Smith is a fan of the orange pants the Vols wore today.

Tennessee is 3-0 when wearing the orange pants since 2015 when the Vols switched to Nike uniforms.

Here's some more social media reaction from the team and some former Vols: