Tennessee clinched a double-bye in the SEC tournament with the win against Florida. 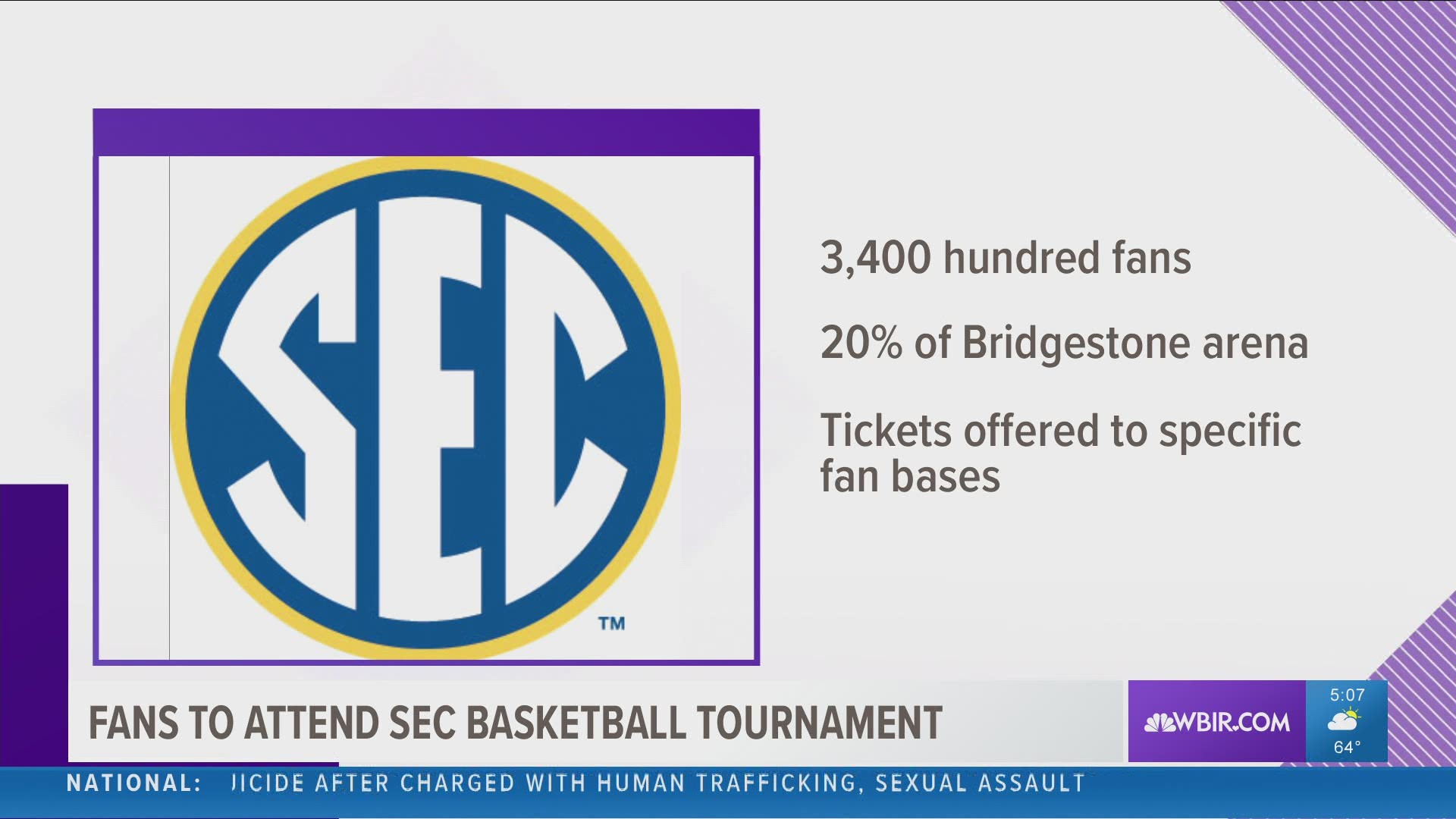 KNOXVILLE, Tenn. — Tennessee celebrated its seniors, John Fulkerson and Yves Pons, in the final regular season game with a 65-54 win against Florida on Sunday.

“It felt great. There was a lot of emotion out there. It was great to get back to where we were as a team. We played together, played physically, played tougher and that was a great win," Pons said.

After trailing by as many as 14 points in the first half, Tennessee finished the game on a 48-23 run. Keon Johnson and Victor Bailey Jr. added 14 points each against the Gators.

"Florida was aggressive to start with, and I thought we settled in with that and got aggressive ourselves trying to go beat it as opposed to just being content to get it in. It was a good win for us. We needed it. I think a week off, from an emotional standpoint for these guys, has helped them," head coach Rick Barnes said after the game.

Both Pons and Fulkerson have not officially said whether they would return to Tennessee for the additional season of eligibility COVID-19 has created, but both went through the senior day festivities as if it would be their final game in orange in Thompson-Boling Arena. Fulkerson especially let his emotions show on Sunday afternoon, taking time to touch the logos on the court, hug his teammates and shed a few tears in the process.

John Fulkerson gave his all for Tennessee.

"No one loves this university more than he does. I think he would tell you he’s been a Volunteer his whole life, and for him it was an emotional day. For him to come out and play aggressive and with the force that he did at times is what we need. I’m happy for him," Barnes said.

Now comes the SEC men's basketball tournament. With the win against Florida, Tennessee locks up the No. 4 seed in the tournament and the all-important double-bye. Now the Vols won't play a game until Friday afternoon. The team will play either Vanderbilt, Texas A&M or Florida, depending on who wins earlier in the week.

The 2021 #SECMBB Tournament Bracket is SET!

See y'all in Nashville 🤩 pic.twitter.com/9j2Csj4IYd