Tennessee finishes the 2019 regular season on a five-game winning streak and is headed to a bowl game. 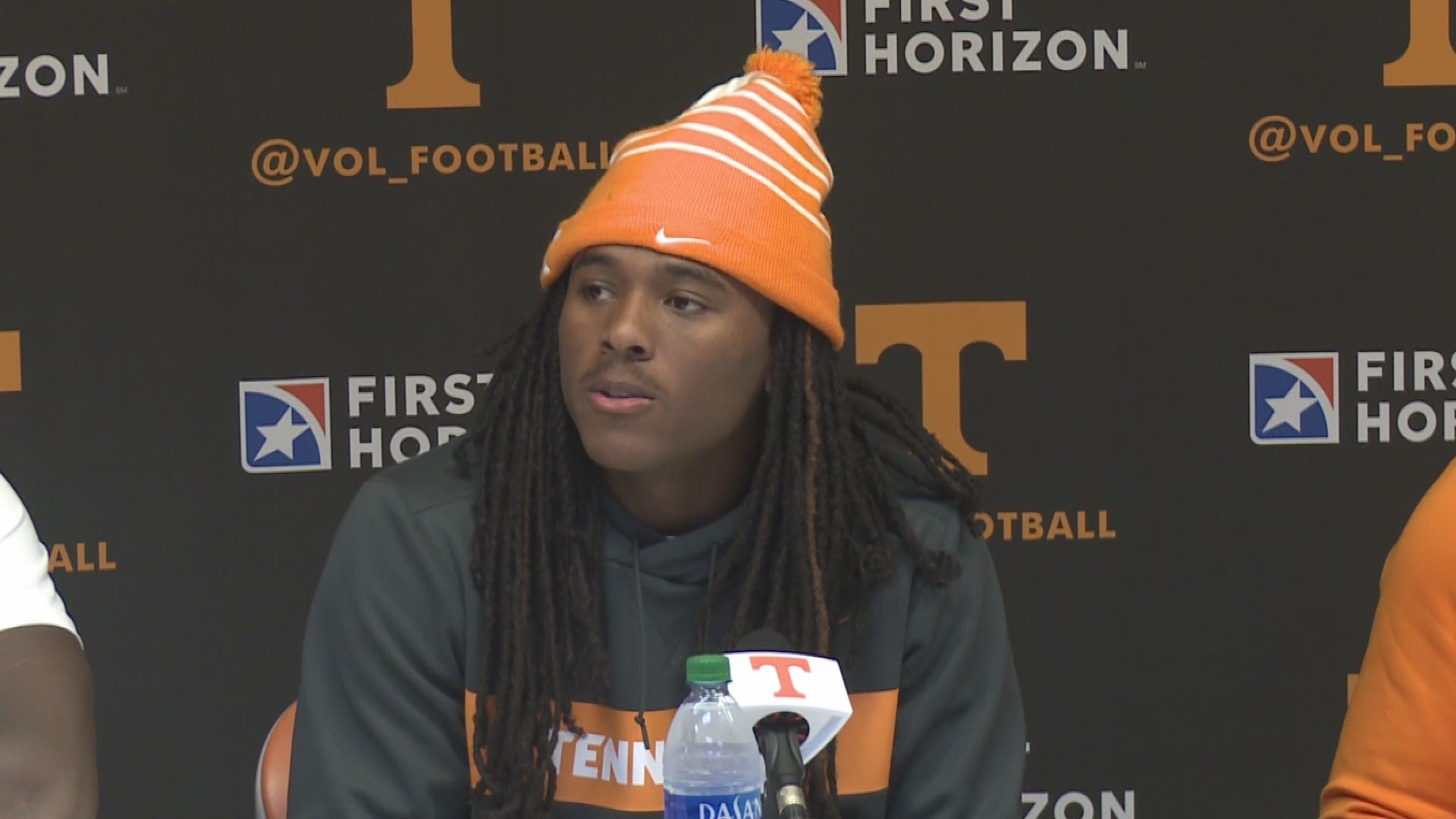 KNOXVILLE, Tenn. — Before the 2019 season started, many people around college football and in Knoxville thought the Vols would end the regular season with a 7-5 record. No one thought it would happen the way it did.

Tennessee started the season with two home losses to unranked opponents for the first time since 1953.

In early October, the Vols were 1-4 and ESPN's Football Power Index gave Tennessee a 5.7% chance to reach bowl eligibility.

Since then the Vols are 6-1 with the only loss coming on the road at then-no. 1 Alabama.

Tennessee finishes the year with a 5-3 record in SEC play, matching the program's best conference record since 2007.

"It says a whole lot about their character and who they are. It is something they will remember for the rest of their life."

"It is hard when you take 100 guys and put them in a room and things aren’t going the way you want it to go. There is all kind of noise out there and it is hard for guys to stick together. But these guys did. They did what most teams can’t do. It just says a lot about their character,” Pruitt said.

The defense was much improved too and has held its opponent under its scoring average in each of the last seven games.

In early October, some people wondered if Jeremy Pruitt would still be the coach after the season. Now, some are talking about Pruitt receiving SEC Coach of the Year votes. A dramatic change in a month and a half.

“Honestly, we sit back and think about it a lot. It says a lot about this team’s character. It also shows the passion that the coaches have," Vols offensive lineman Trey Smith said. "They were on us day-in and day-out. We went to work every day, no matter how bad the outcome was and what everyone else was saying. No matter what they said, at the end of the day we bought into Coach Pruitt’s vision and we worked our butts off every day. When you do that and you believe in the system, you get the results you see.”

Tennessee just keeps finding ways to win, it's different every game and different players keep stepping up to make big plays when needed.

The run started against Mississippi State when the Tennessee leaned on its defense. The Vols recorded a season-high seven sacks (two from Darrell Taylor) and held the SEC's leading rusher to 13 yards on 11 carries. Tyler Byrd emerged from obscurity to score the game-sealing touchdown.

Against South Carolina it was Jauan Jennings refusing to be denied on his way to a career-high 174 receiving yards and two touchdowns, and Jarrett Guarantano coming off the bench to begin his redemption arc with 229 yards, two scores and no picks.

Against UAB it was Bryce Thompson picking off three passes that led to 20 Tennessee points in the first half.

Against Kentucky, it was Guarantano coming off the bench again to spark a comeback win in the second half and the defense making a goal line stand to seal the win behind 19 tackles from Daniel Bituli.

Against Missouri it was the passing game having its best performance of the year with Josh Palmer, Marquez Callaway and Jennings become the first Vol trio to each have 100+ receiving yards in a game.

And in the regular season finale against Vanderbilt it was the true freshman Eric Gray becoming the first Vol in 14 years to rush for more than 200 yards in a game.

They just keep finding a way.

"We have lots of momentum," Pruitt said. 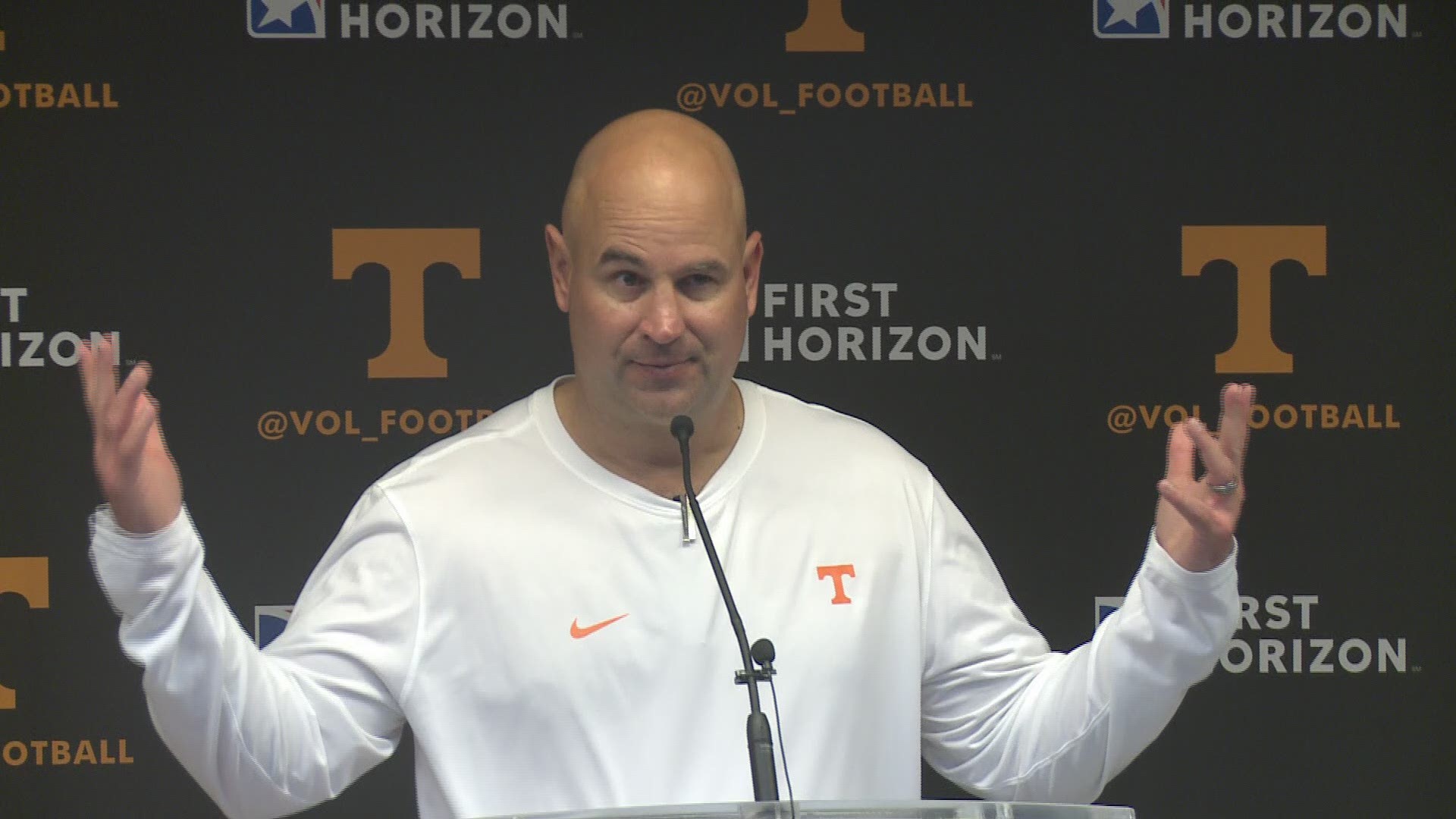