Vols get first win of season in shutout victory over Chattanooga

Jarrett Guarantano threw 3 touchdowns and the Vols defense forced 5 turnovers in the 45-0 win. 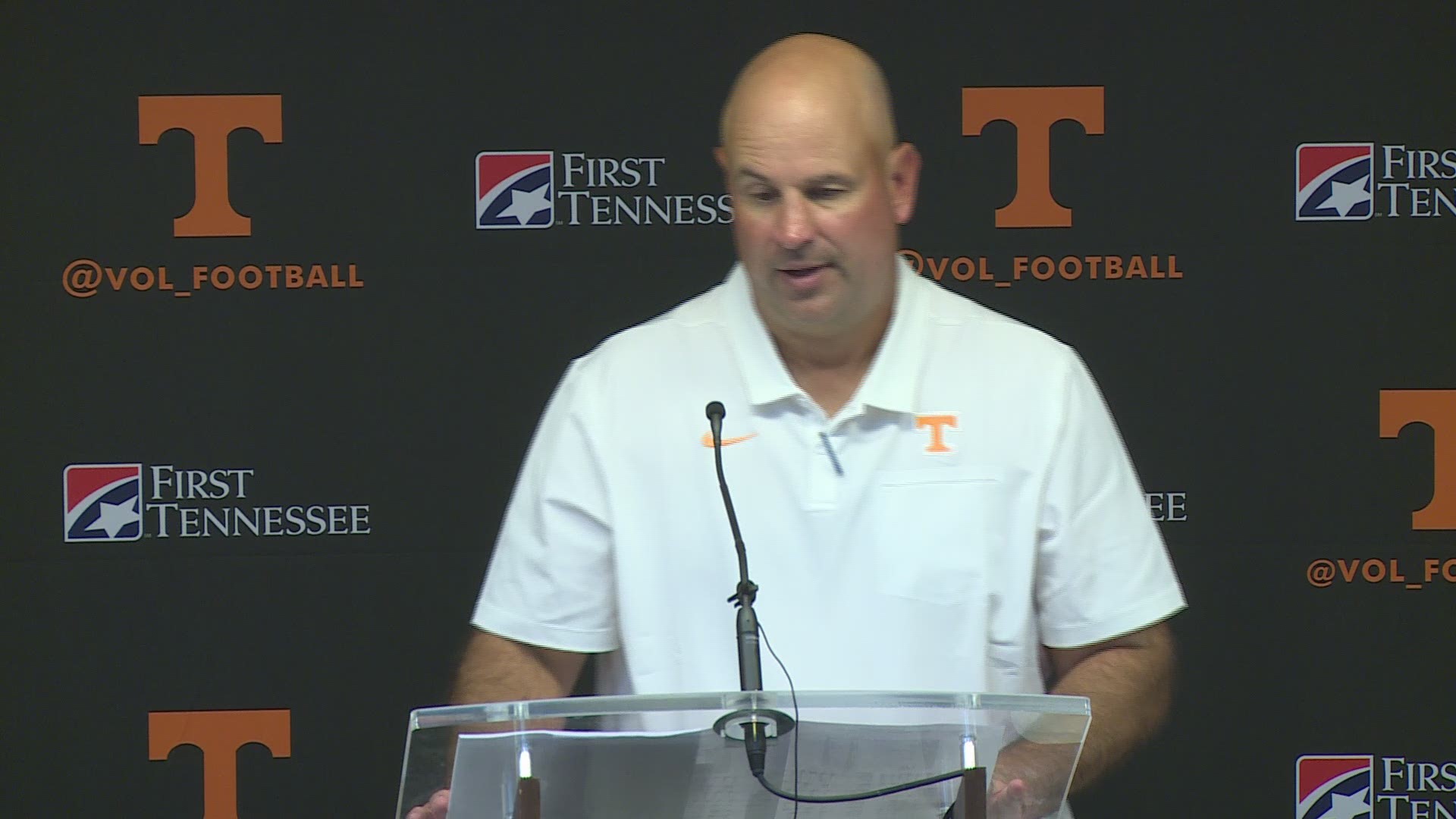 KNOXVILLE, Tenn. — Tennessee finally has a notch in the win column. The Vols dismantled the Chattanooga Mocs, 45-0 on Saturday afternoon at Neyland Stadium. It’s the first shutout victory since Sep. 15, 2018. Jarrett Guarantano finished with 142 passing yards and 3 touchdowns. Tennessee rushed for 195 yards.

Everything went the Vols way from the opening kickoff. Ty Chandler returned the kick 58 yards to the Chattanooga 41-yard line. He then scored the game’s first touchdown with a 13-yard run.

The Tennessee defense started just as fast. Freshman linebacker Henry To’o To’o had a tackle for loss on Chattanooga’s first offensive play. He batted down a pass, two plays later. That led to a blocked punt by Tyler Byrd that Brandon Johnson recovered for Tennessee’s second touchdown.

Tennessee football bounces back with win vs. Chattanooga

Darrell Taylor recovered a Chattanooga fumbled snap on the final play of the opening quarter, rounding out the fast start.

"The offense did a great job today, played well and they made a lot of plays. I think it was great on that side of the ball and I think the defense did really well also. We all really clicked as one team for the first time," outside linebacker Darrell Taylor said.

The Vols took advantage of the fumble, driving 89 yards for their fourth touchdown of the game. The drive ended with a 39-yard touchdown pass from Guarantano to Marquez Callaway.

Guarantano threw his third touchdown pass with 5:22 remaining in the second quarter. Redshirt freshman Cedric Tillman made the catch for his first career touchdown.

The Vols took a 38-0 lead into halftime.

Both backup quarterbacks J.T. Shrout and Brian Maurer received playing time against the Mocs. Maurer rushed for a touchdown in the third quarter. Shrout completed three passes for 23 yards.

Next Saturday, the Vols play their first road game of 2019 against the ninth-ranked Florida Gators. Tennessee has lost the previous two games against Florida and the last seven meetings in Gainesville.