It's the first bowl appearance for Tennessee since 2016. 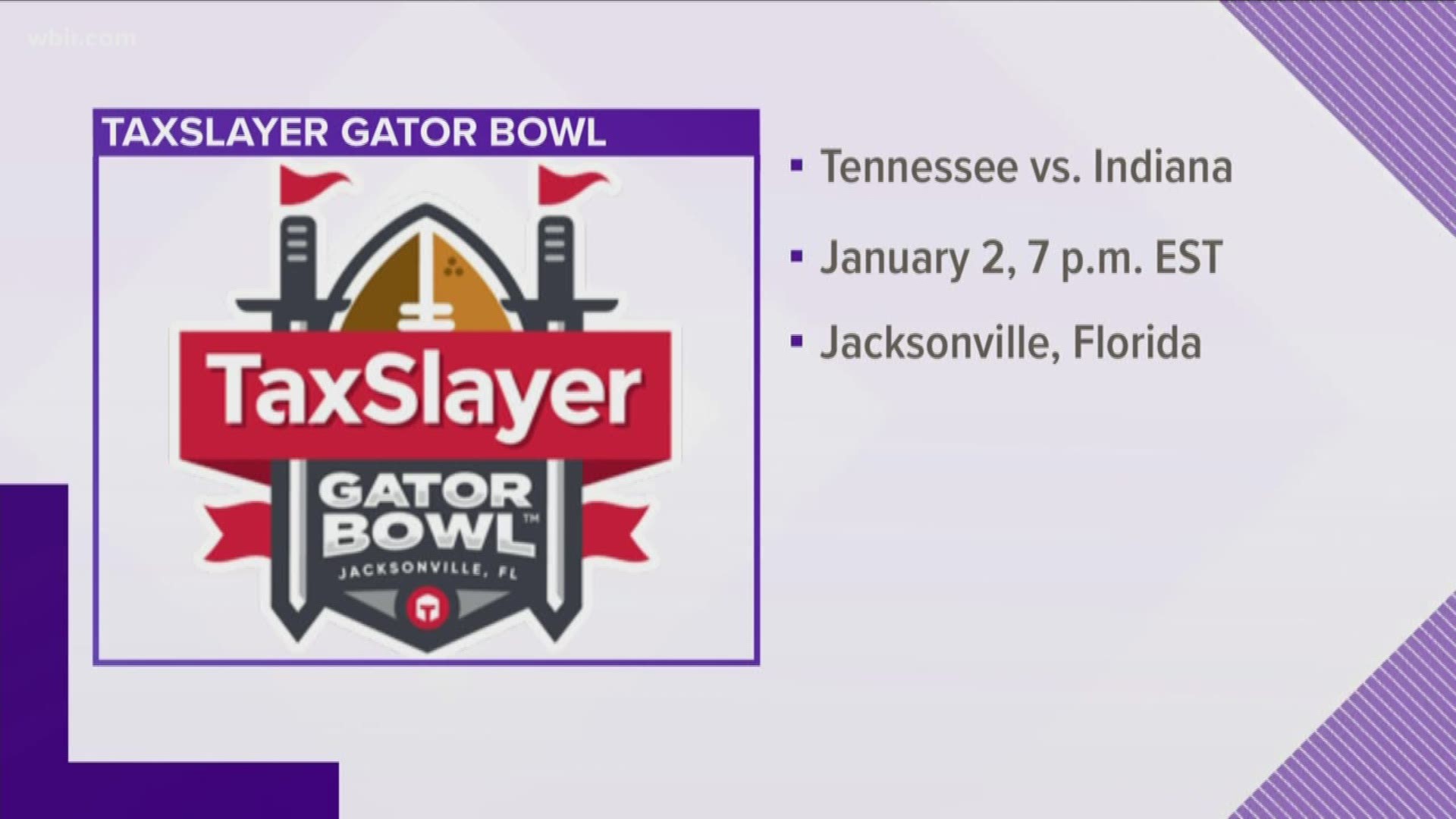 KNOXVILLE, Tenn — For the first time since 2016, Tennessee will be heading to a bowl game.

Tennessee will face Indiana in the TaxSlayer Gator Bowl in Jacksonville, Florida on Jan. 2. Kickoff is at 7 p.m. EST.

Indiana finished the season at 8-4, 5-4 in conference play. The Hoosiers were battle tested this season, playing four ranked teams this season, but losing to each one.

Tennessee and Indiana have played once before, the Vols beat the Hoosier 27-22 in the Peach Bowl in 1988.

After a 1-4 start, Tennessee finished the season winning six of its last seven games, including five straight wins to end the season.0

Tennessee has the sixth most bowl appearances in NCAA history, sitting at 52 all time, trailing only Alabama, Nebraska, Texas, Southern California and Georgia. The Vols also are sixth all time in NCAA bowl wins with 28.