Tennessee has already clinched a bowl game but the Vols seniors still have some unfinished business to take care of against their in-state rival. 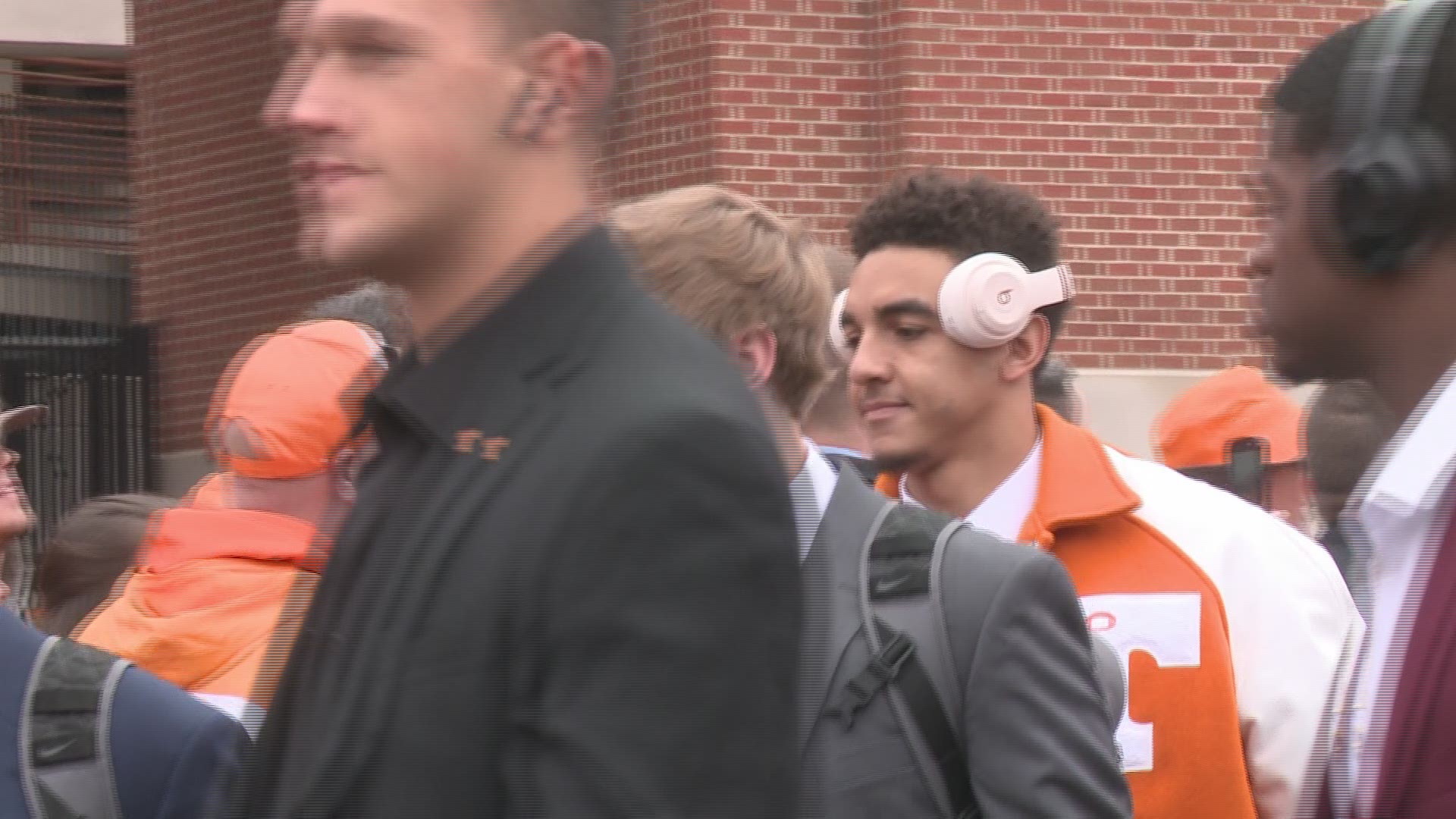 KNOXVILLE, Tenn. — The Vols close out the 2019 season with a home game against in-state rival Vanderbilt. Tennessee (6-5, 4-3 SEC) comes into the game on a four-game winning streak and has already clinched a bowl game.

FINAL
Tennessee wins big on senior day, beating Vanderbilt 28-10. The Vols finish the regular season at 7-5, its best record since 2016. Next up, a bowl game.

Jauan Jennings makes a catch and gets the Vols to the red zone.

The ball comes loose at 1st and Goal, but Tennessee keeps it.

The game is delayed again due to lightning with 7:38 left. Play will resume at 8 p.m.

Vols punt it away, putting Vanderbilt inside its own 10-yard line.

Vols defense wraps up Vanderbilt's QB for a loss of 6 yards. Vanderbilt punts it away to the Vols 3-yard line.

After a scoreless start to the second half, the Vols still lead Vanderbilt 21-3 at the end of the third.

Guarantano passes under pressure to pick up a first down and get the Vols into the red zone.

Dominick Wood-Anderson catches a pass in the end zone for the Vols' second touchdown. Extra point is good.

Gray picks up a 94-yard touchdown for the Vols. This is the second-longest rush in UT history. Extra point is good.

Jarrett Guarantano starts at quarterback, and Vanderbilt intercepts at the 31-yard line.

Alontae Taylor's helmet is pulled off by Vanderbilt's Ke'Shawn Vaughn. Personal foul on both players for a face mask and holding.

Guarantano completes his first pass of the quarter after going 0-7.

Freshman Eric Gray picks up a 56-yard touchdown for Tennessee. The extra point is good.

The game has been delayed due to lightning in the area. Tennessee Football tweeted the game will start at 4:30 p.m.

Since 1982, the Vols are 38-4 in regular season finales with three of those losses coming in the last three seasons to Vanderbilt. If Tennessee wins, it will match the program's best conference record since 2007.

The Commodores rank outside the top 100 nationally in nearly every major statistical category. Vanderbilt is last in the SEC in points scored and second to last in the conference in points allowed.

RELATED: Need to Know: Vols vs. Vandy at Neyland Stadium

RELATED: What Jeremy Pruitt is thankful for this Thanksgiving

Here are the players being honored for senior day: