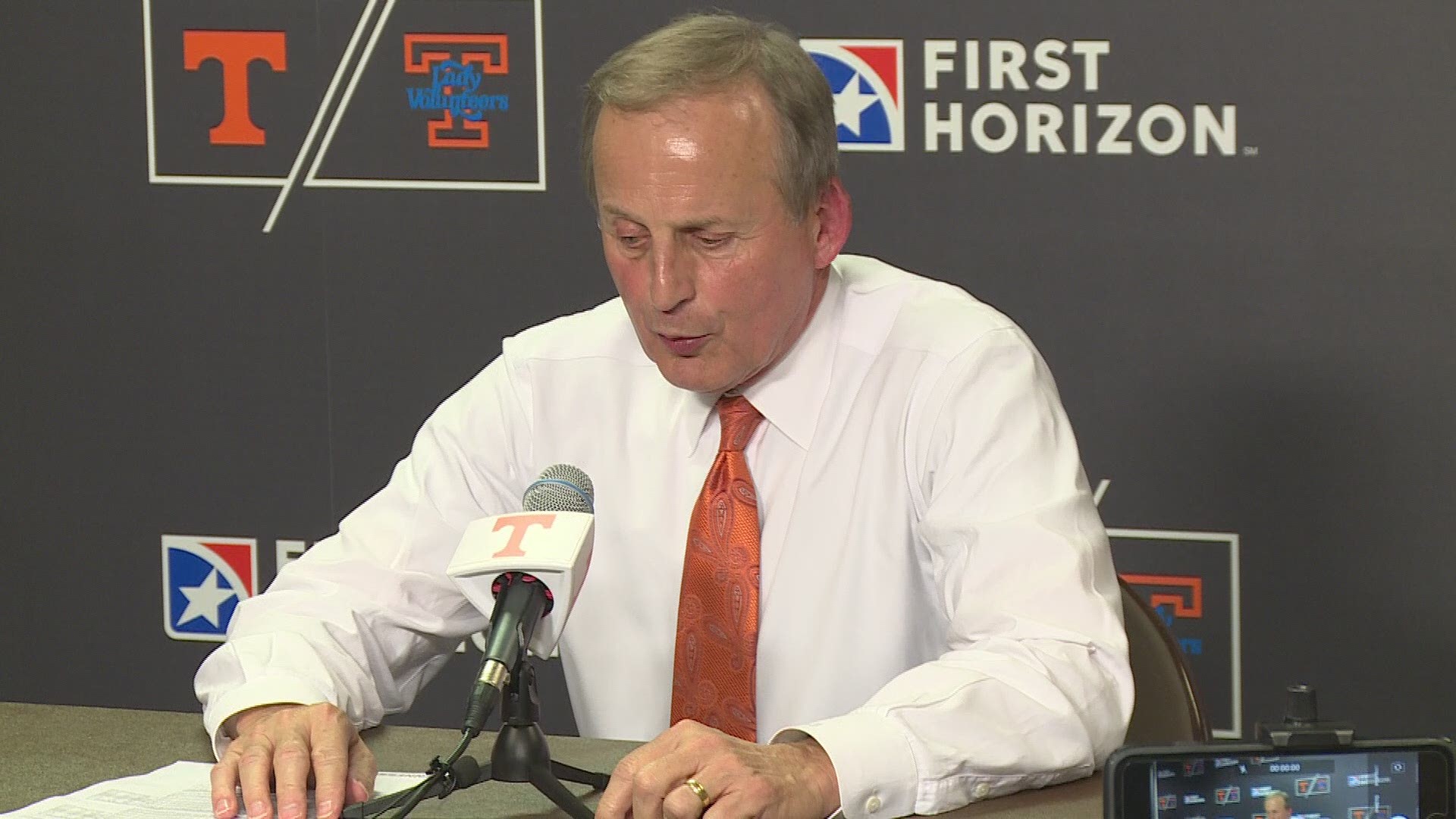 Pons collected a career-high 15 points with seven rebounds and three blocks Tuesday as the Volunteers opened their season by beating UNC Asheville 78-63 for their 27th consecutive home victory.

"He's a great worker," Tennessee coach Rick Barnes said. "I could put him up there with anybody we've had since we've been in coaching. He works at it. He's going to do everything he can to do try to do it right, to a fault, to be honest with you."

Lamonte' Turner led Tennessee in scoring with 17 points, but Pons' breakthrough garnered much of the postgame attention.

The 6-foot-6 junior guard/forward from France made 13 starts last year but watched his role diminish as the season wore on. Pons scored a total of 13 points over Tennessee's final 20 games.

Pons said he took about 300 shots from 3-point range each day during the offseason while also attempting plenty of shots from closer range.

"Every day, I put the shots in - on the weekends, on my days off," Pons said. "I just never stopped."

Tennessee needs more production from Pons as the Vols attempt to replace All-America forward and first-round draft pick Grant Williams as well as second-round draft choices Admiral Schofield and Jordan Bone from a team that reached the Sweet 16 last season.

Now the Vols need him to score more often.

"I put a lot of pressure on me because I have high expectations for myself, high standards," Pons said. "If I have a bad day, I'm really hard on me because I want to be great."

UNC Asheville's LJ Thorpe made a driving basket to cut Tennessee's lead to 36-30 with 19:39 left. Tennessee responded with a 15-1 spurt and never looked back.

"Obviously we had that stretch in the second half where we kind of let things get away from us, but I was proud of our effort," Morrell said. "I'm really excited about our team moving forward."

John Fulkerson and Jordan Bowden had 10 points each for Tennessee.

UNC Asheville: The Bulldogs discovered how much of a difference Batts can make. The former top-100 recruit played just 21 minutes before fouling out, but he was productive while on the floor. Devon Baker, who averaged a team-high 16.1 points last season, shot 2 of 10 and scored just seven points.

Tennessee: The Vols need big seasons from Turner and Bowden, their two senior guards. Although they provided plenty of points Tuesday, they also combined for 10 of Tennessee's 17 turnovers. Barnes criticized their shot selection Tuesday and said the senior guards need to work on getting the ball to Tennessee's big guys more often.

At least for the moment, Tennessee has the longest active home winning streak of any Division I team. Buffalo will seek its 27th straight home win when it opens the season Friday against Dartmouth.

UNC Asheville is at The Citadel on Saturday.