Three-time SEC champion Mustaqeem Williams has dealt with heartbreak and loss in his life but he continues to focus on the positives on his way to going pro. 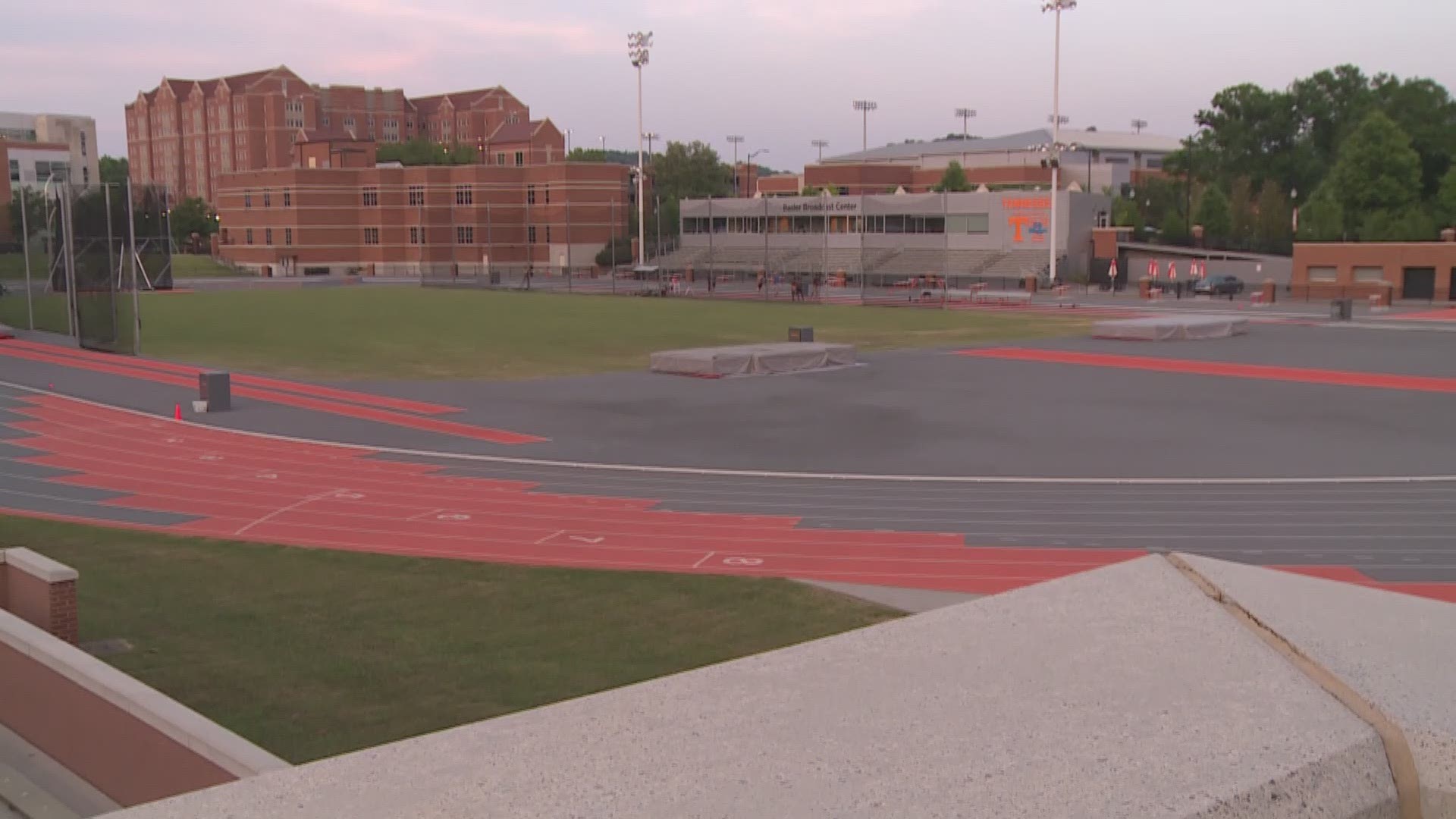 Perseverance is an important trait for Mustaqeem Williams. Perhaps even more important than his speed.

"Everything I've gone through made me the man I am today. From the obstacles to the championships to the coaches."

"I wouldn't change anything," Williams said.

A sprinter on Tennessee's track team, Williams will compete at the NCAA Outdoor Track and Field Championships this week. The senior won his heat in the 200 meters Wednesday, qualifying for Friday's final. He is a three-time SEC champion in the 200 meters.

Those championships didn't come easily. And the track competition wasn't the hardest part.

"I'm only 23 and I've had people dying in my life, I've had a son at a very young age, so it allowed me to grow up and mature a lot sooner than I thought," Williams said.

Before he was a three-time SEC champion, Mustaqeem's girlfriend died during his sophomore season.

"She went to a concert and unfortunately there was a shootout at the concert and she was one of the ones that got hit. It was very emotional and very hard for me,” Williams said.

He leaned on one of his coaches, Tim Hall, for support.

“He was right there, at that moment, knowing what to say and he told me to stay focused. Don’t let anything get in the way of what God is trying to prepare you for.”

Williams persevered and captured his first SEC championship the next season in February 2018, taking gold in the indoor 200 meters. But that fall, his mom was diagnosed with a rare disease that is causing her to go blind.

“It was really, really hard for me because all of what I’ve been through was to give her a better life and give my son a better life and myself a better life. And just to think that one day she’s not going to be able to see what I’ve done or hear what I’ve done, it really discouraged me for a minute but I have my God to lean on and I’ve learned to think about the positives and what God has blessed me with and not dwell on what’s actually going on in my life,” Williams said.

“The gift that God has given me is his gift and I’m just here to show you all how wonderful he is. Every test that he put inside my life, it was to better me, it was to prepare me for moments like this. And if someone else is in this position, I can be the one to guide them through."

He knows better than most, it takes more than speed to get to the finish line.

Williams will graduate this summer and his goal is to run professionally and explore the world with his mom.