Before gaining National Coach of the Year accolades, and climbing the college baseball rankings, Tony Vitello was an eager student of the game, learning from his dad 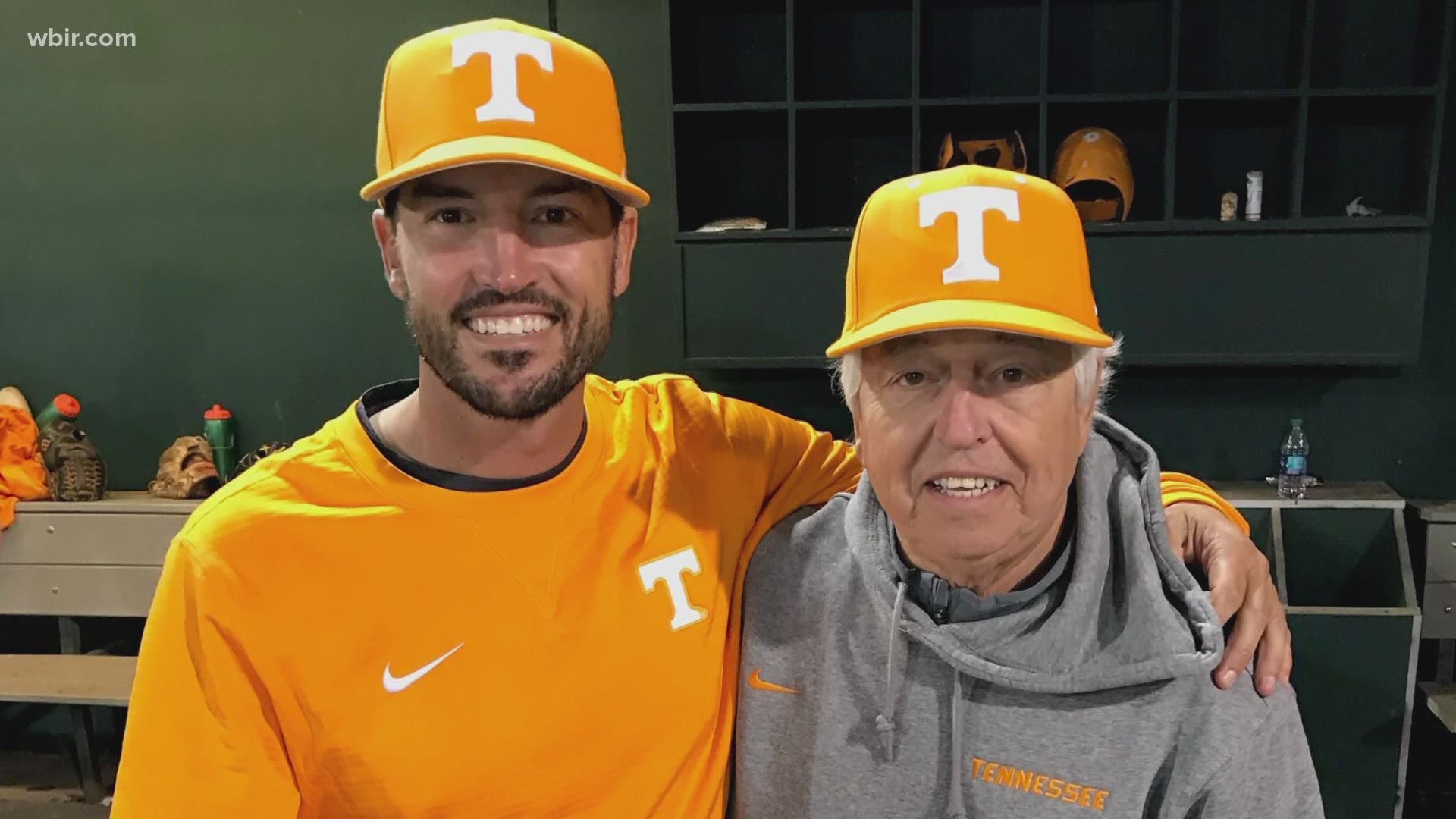 OMAHA, Neb. — Before Tennessee baseball head coach Tony Vitello gained National Coach of the Year accolades, climbing the college baseball ranking, Vitello was a student of the game, eager to learn from the hall of fame head coach, and his father Greg Vitello.

The Orange and White weren't Vitello's first colors, either. In fact, way before he even put on a Tennessee shirt, Vitello represented maroon and white, the official colors of De Smet Jesuit High School.

"I was always one of the first ones to be in the school building." Greg Vitello said. "So, that means he (Tony) had to get up six o'clock every morning and drag himself to the car and get to school. He would sit and put his head down at a desk at my office and sleep."

RELATED: Go, Vols! | Fans flock to Omaha to cheer on the Vols in College World Series

It was then, at 6 years old that Tony Vitello developed a love for the game of baseball. He watched and learned from his dad step-by-step, eventually earning a spot on his dad’s varsity roster.

"It's a very difficult situation for a young man, especially in high school to play for his dad." Greg Vitello said. "There's always the, 'oh the only reason you're there is because of your day' and I actually I heard the same things. But, I don't think it ever phased him."

Not only was Tony not phased by those comments, but he also used what his dad taught him on and off the field to pour into his teammates.

"We would talk about the line-ups." Greg Vitello said on the conversations with his son as a player. "I'd say 'Ton, what do you think about so-and-so, and he was always very direct with me."

That’s when Greg Vitello realized the game of baseball has created a special, unique bond with his only son.

"It was just that feeling that we were together watching something that we both adored, the sport," Vitello said on his bond with his son.

Now, on this Father’s Day, Greg Vitello sat a few rows back behind Tennessee’s dugout, as he watched his son take the field as head coach of a College World Series team.

"Maybe there was a little bit of foundation and groundwork set, but it's all about Tony." Greg Vitello said. "He doesn't take any short-cuts or side-roads. It's all about how he can make his program better."