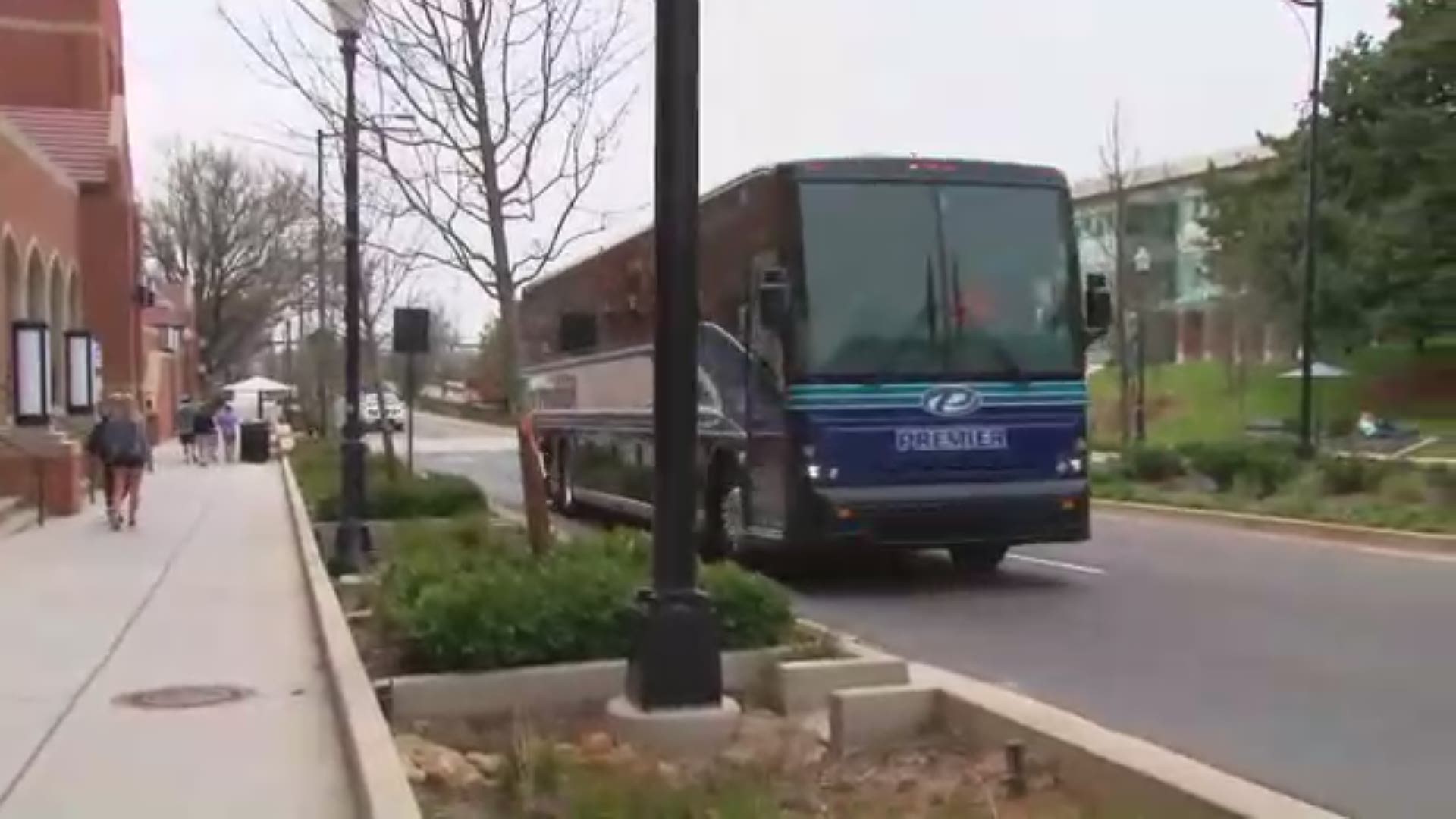 KNOXVILLE, Tennessee — Fans gathered on campus Friday to show their love and support for the Vols after an impressive season that ended in a tough loss to Purdue in the Sweet 16.

The team arrived back home in Knoxville from Louisville at about 2:45 p.m. on Friday at Stokely Hall on Volunteer Blvd.

Fans have been saying all across social media how proud they are of this team and what they accomplished this season, and so has Head Coach Rick Barnes.

"At the end it just didn't go our way, but you have a lot to be proud of," Barnes told his players as they sat in the locker room in tears after the Purdue loss, with their heads buried in their hands or towels over their faces.

RELATED: Here's a look back at all the times these Vols captured our hearts this season 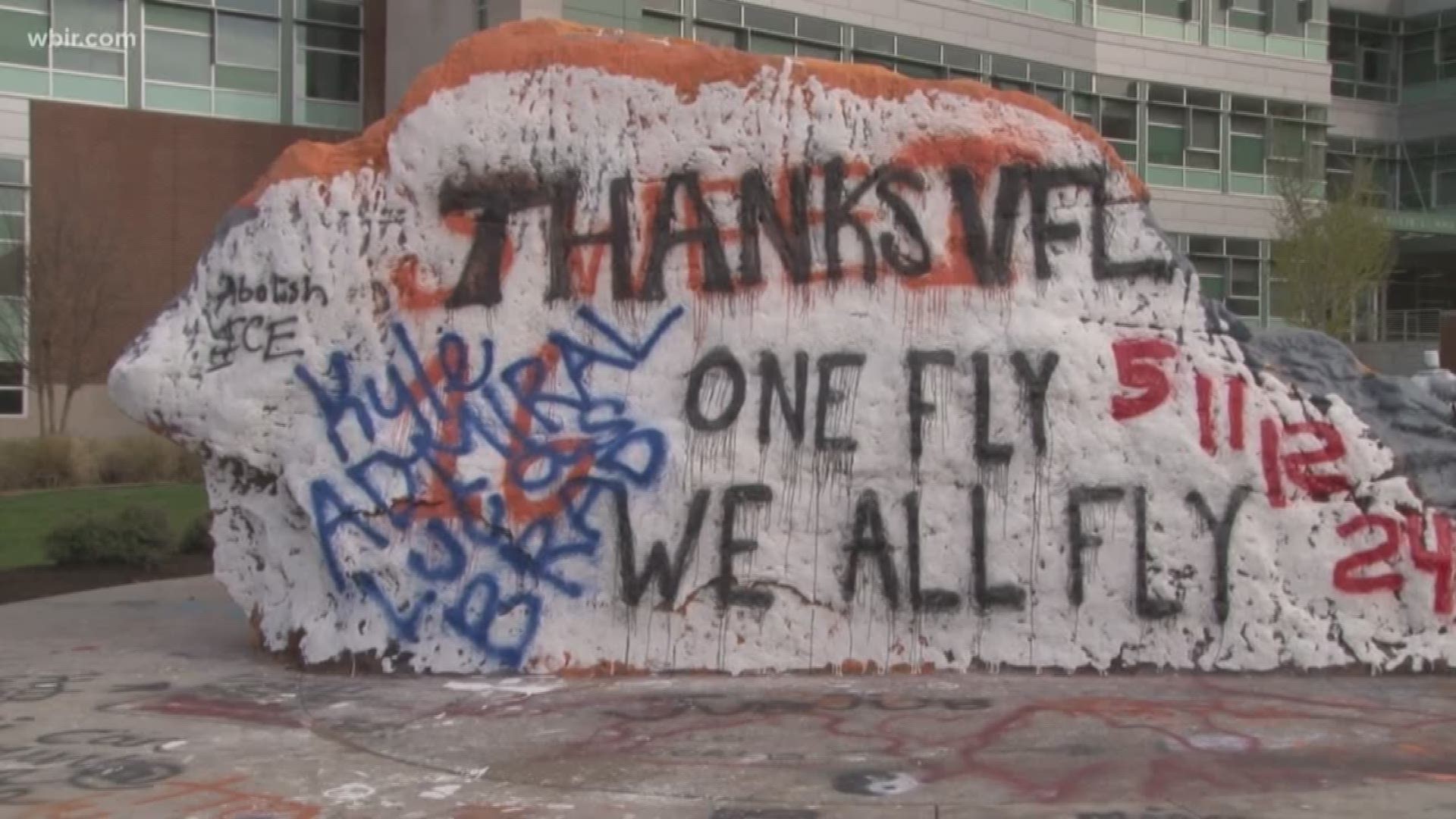 The team created movements that caught on like wildfire and pumped up fans across Tennessee this season with 'One Fly, We all Fly', 'Audience of One' and PB&J.

They wanted to leave behind a legacy of excellence on the court. But they became well-known for their excellence off the court, too.

RELATED: Inside the locker room after the overtime loss to Purdue

RELATED: 'Like a fifth-grader that just ate some Skittles': Maryville students get literal to celebrate Grant Williams and the Vols