John Fulkerson surprised us with a live interview after the Vols demolished LSU, 15-6, in Lindsey Nelson Stadium Sunday. 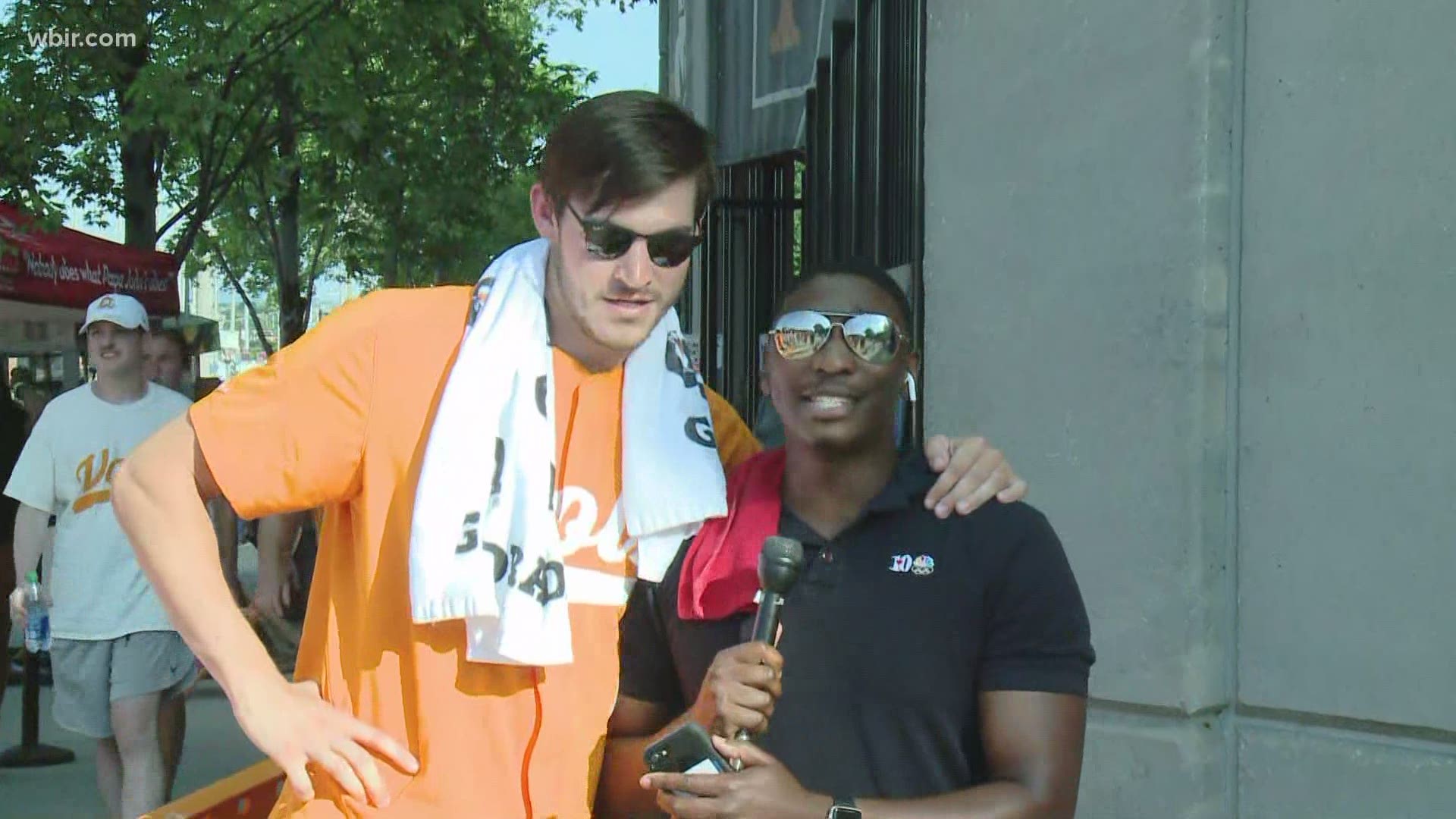 KNOXVILLE, Tenn. — It's not every day that Vols baseball earns a spot in the College World Series. It also isn't every day that a basketball star sneaks up behind you for a live interview.

Sunday was not a usual day.

After the Vols demolished LSU 15-6 in their second Super Regional and earned a spot in the upcoming College World Series, fans started celebrating across Knoxville. In Lindsey Nelson Stadium, the cheering was almost deafening.

Among the fans was a star — John Fulkerson. The basketball star, who announced he was returning to Tennessee for a final season, helped lead the Vols to several wins on the court, earning several accolades along the way. He earned a spot on the 2021 SEC Winter Academic Honor Roll, as well as the Wooden Award Midseason Top-25 List.

"I'm so excited for the Vols baseball team," he said. "We're going to Omaha with such a good atmosphere, Vol Nation is the best."

Fulkerson announced April 16 that he would return to Tennessee for a sixth year, after the NCAA ruled they would grant seniors an extra year of eligibility due to the COVID-19 pandemic.

"Vol Nation is deep out here," he said. "We got the best fans and it's amazing."