Catch up with scores and highlights from the last week of regular season football. 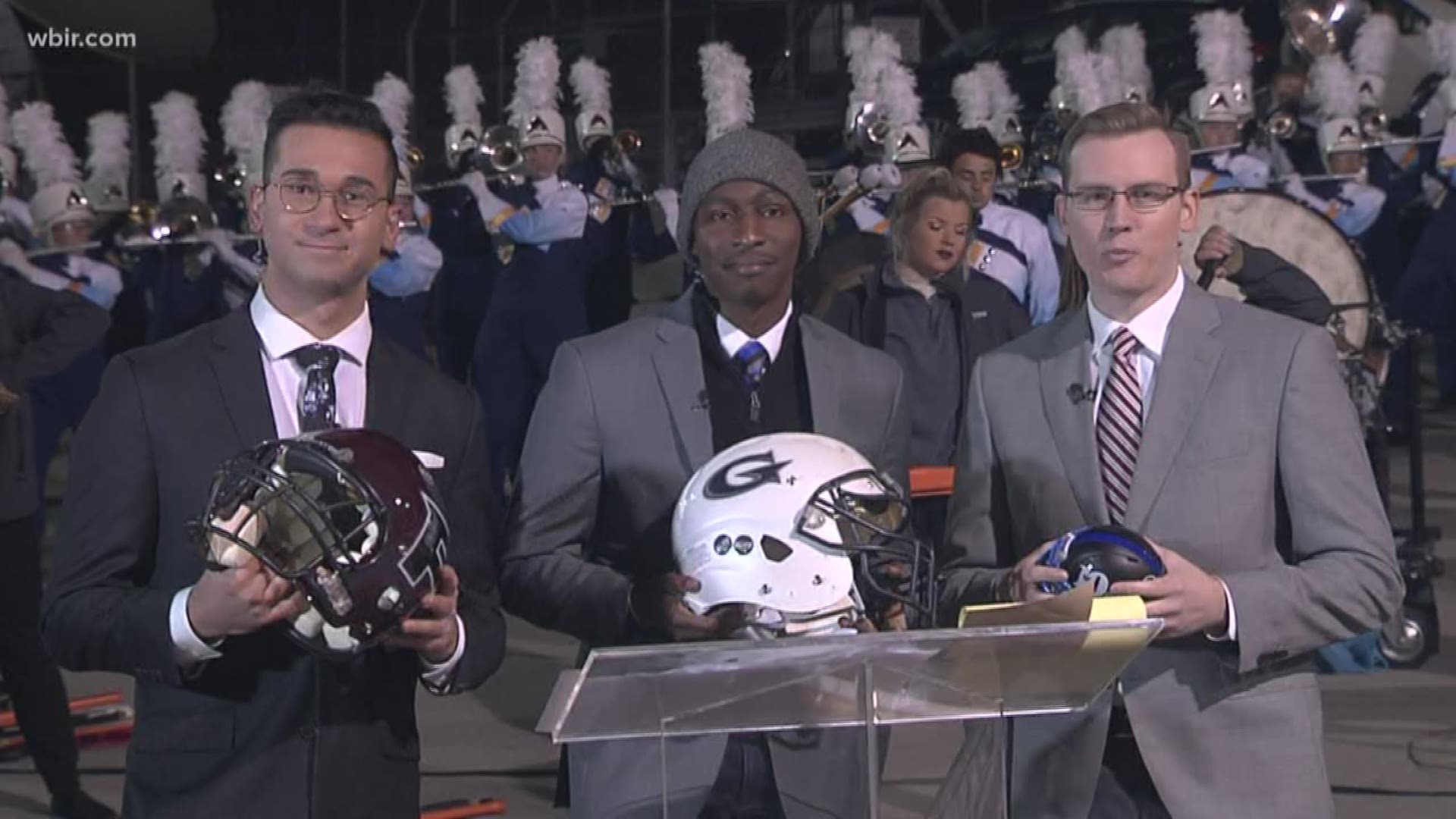 KNOXVILLE, Tenn. — The end of the regular season is upon us.  With the conclusion of week 11, we now know the playoff scenarios from across the state.  We have highlights and scores from across East Tennessee in this week's high school football recap.

Karns visited Clinton in a battle between two programs who were trying to finish the season on a positive note.  Clinton jumped all over Karns and this one wasn't all that close.  The Dragons end their season on a two game win streak.  Final: Clinton 37, Karns 13 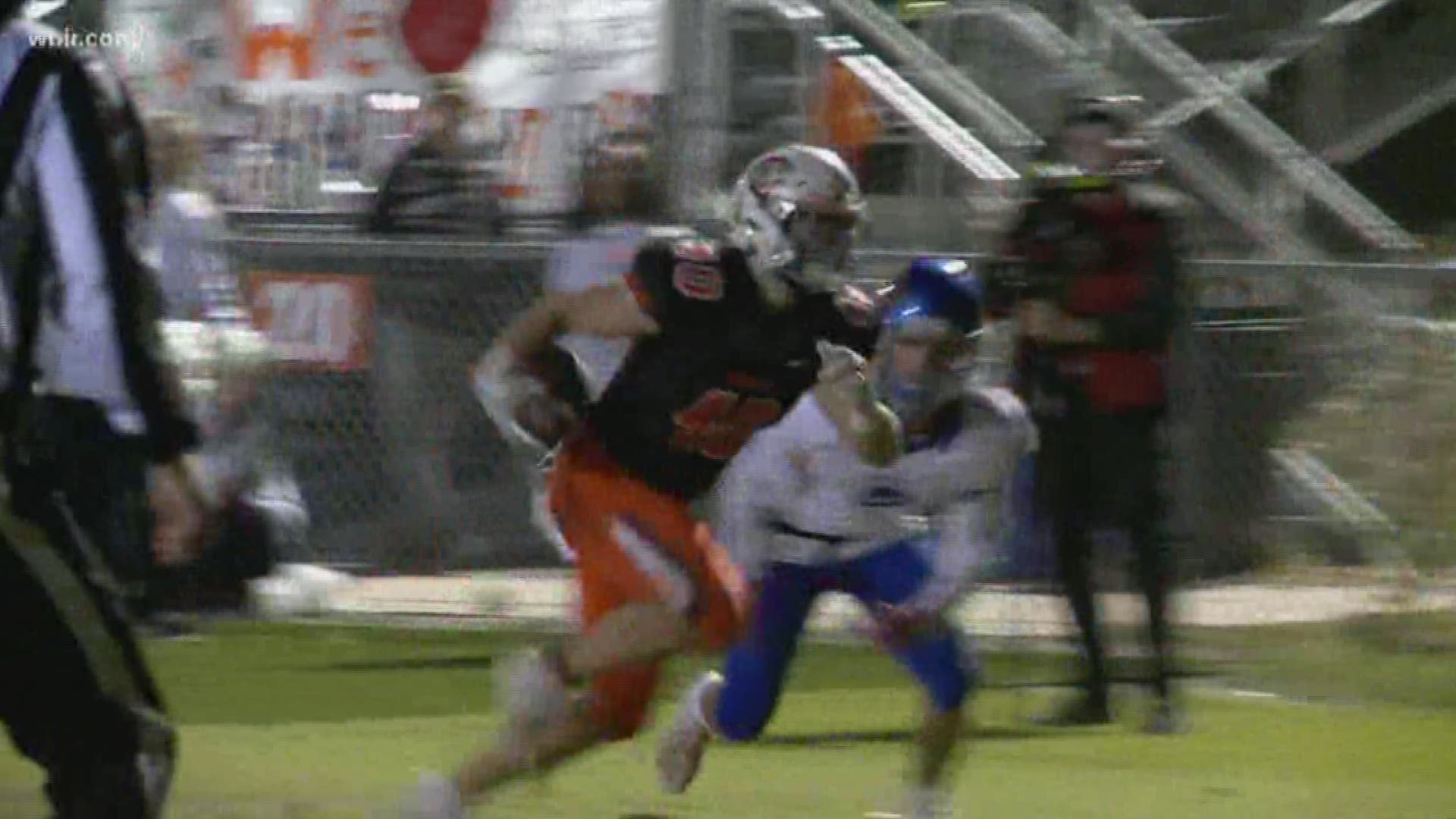 Oak Ridge traveled to Fulton on Friday night.  Oak Ridge was looking to clinch the number three seed with a win, while Fulton looked to keep their playoff hopes alive.  This game was a tight one that Fulton edged out, as the Falcons get into the playoffs in week 11.  Final: Fulton 27, Oak Ridge 26 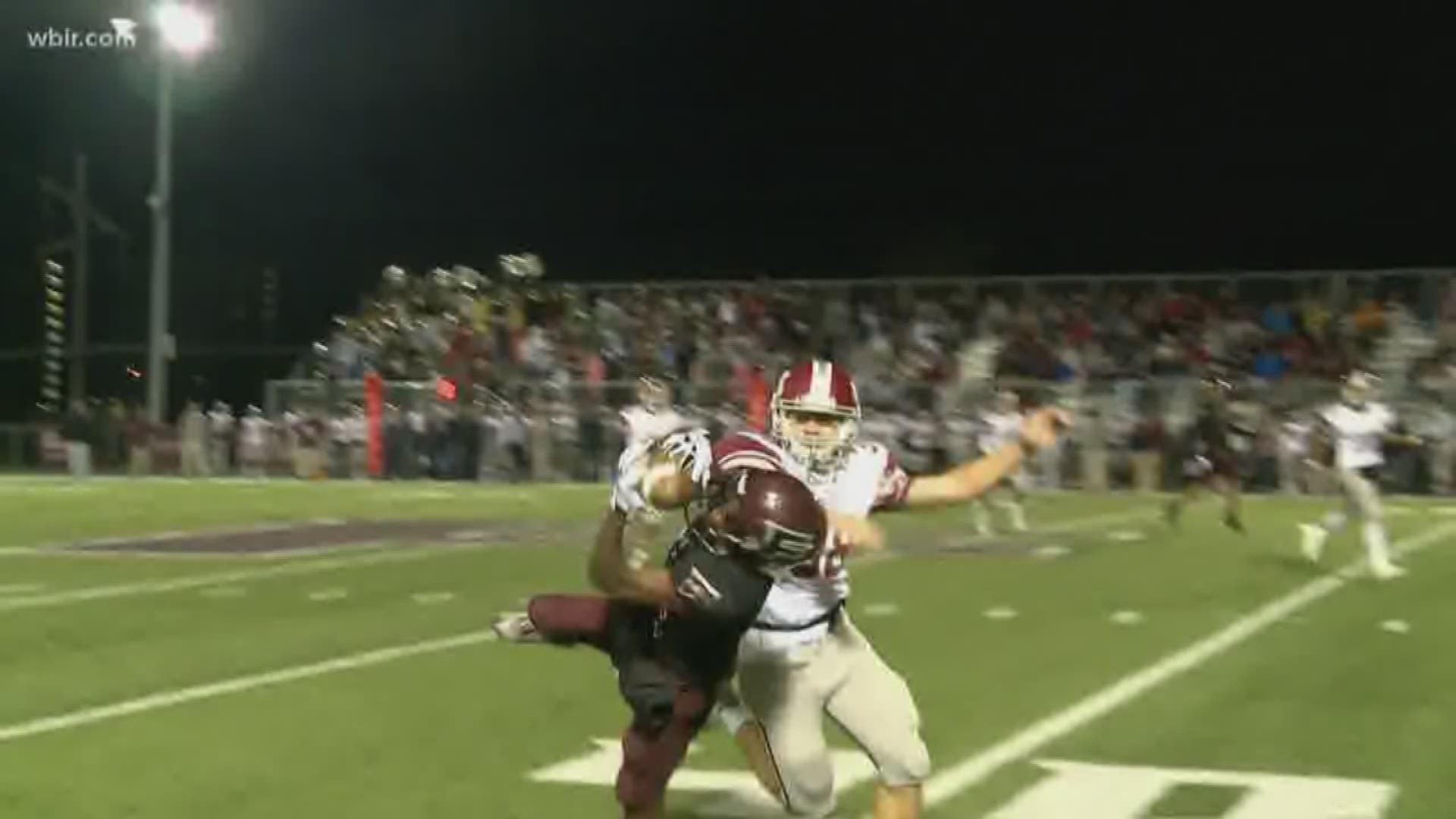 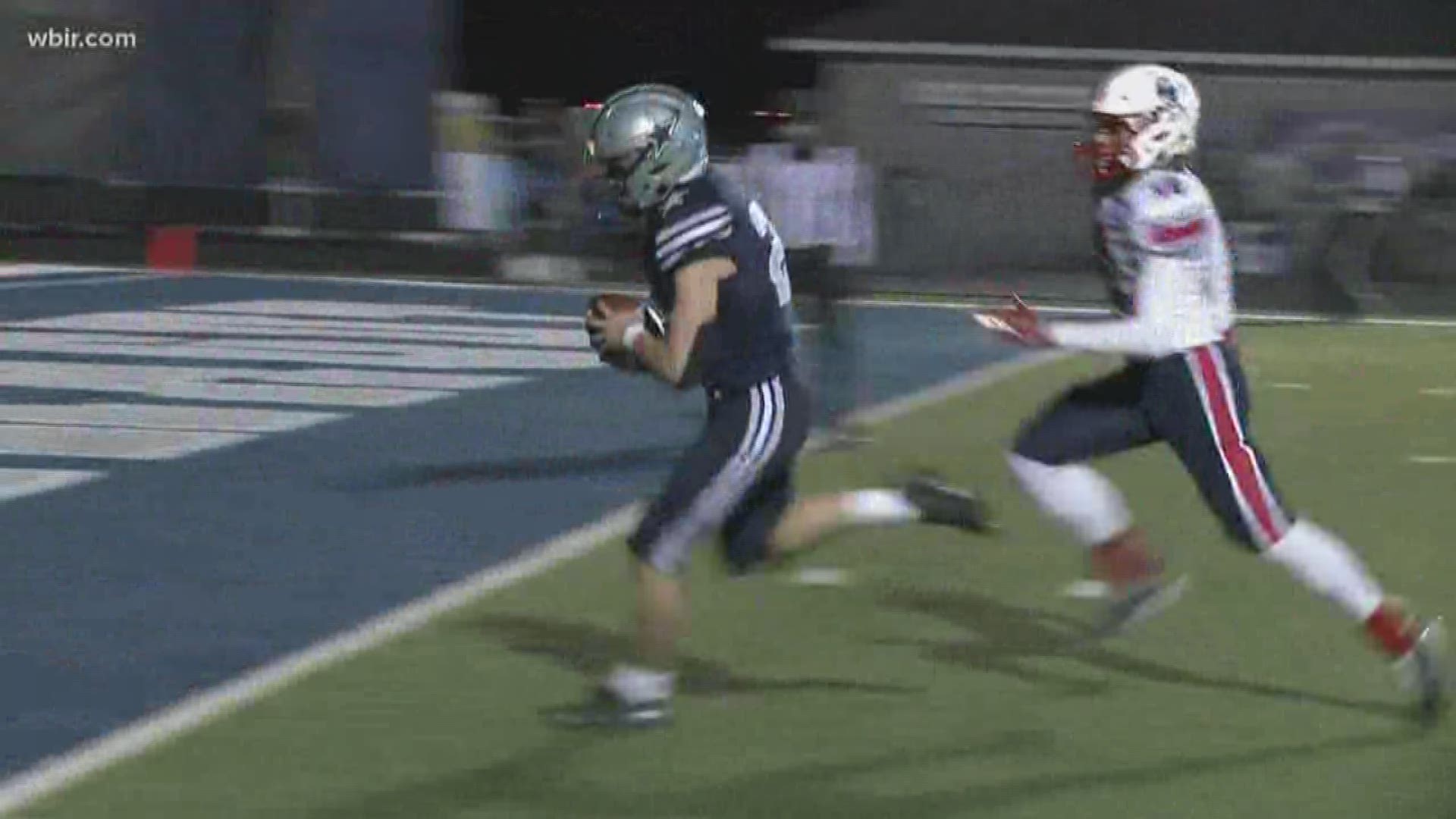 Central made the short trip to Gibbs with the number two seed locked up.  The Gibbs Eagles on the other hand were looking to clinch a playoff spot with either a win, or a Seymour loss.  Gibbs scored first, but Central struck back and took the lead in the second quarter.  Gibbs was resilient, as they fought back and got the win over the favored Bobcats.  Final: Gibbs 28, Central 17 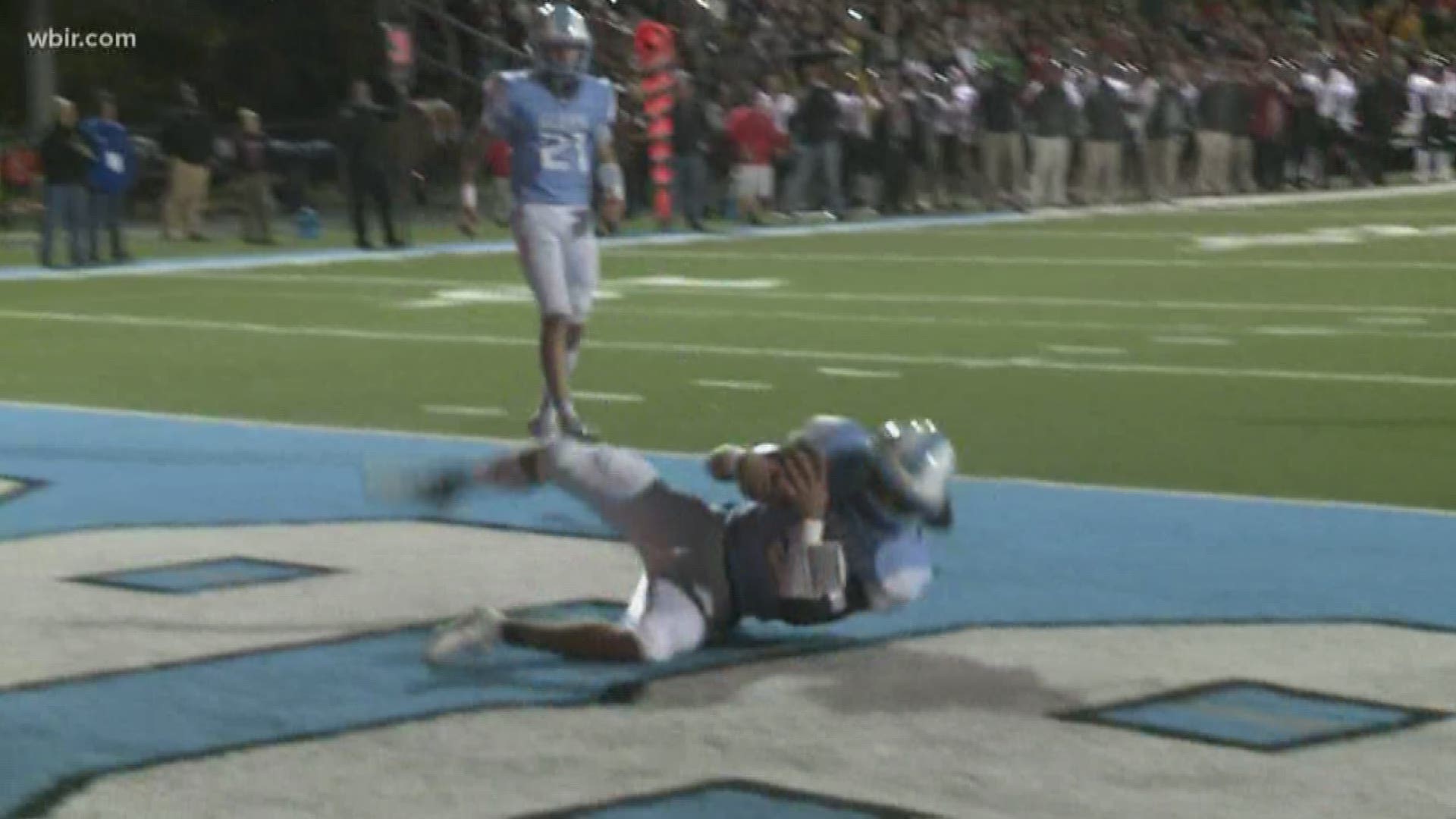 Halls played host to visiting Seymour on Friday.  Halls was looked to clinch the number three seed with a win, while Seymour could clinch a spot in the playofffs with a win and a Gibbs win.  Gibbs did their part in this scenario, but Halls proved to be too much for Seymour to handle.  Final: Halls 42, Seymour 13 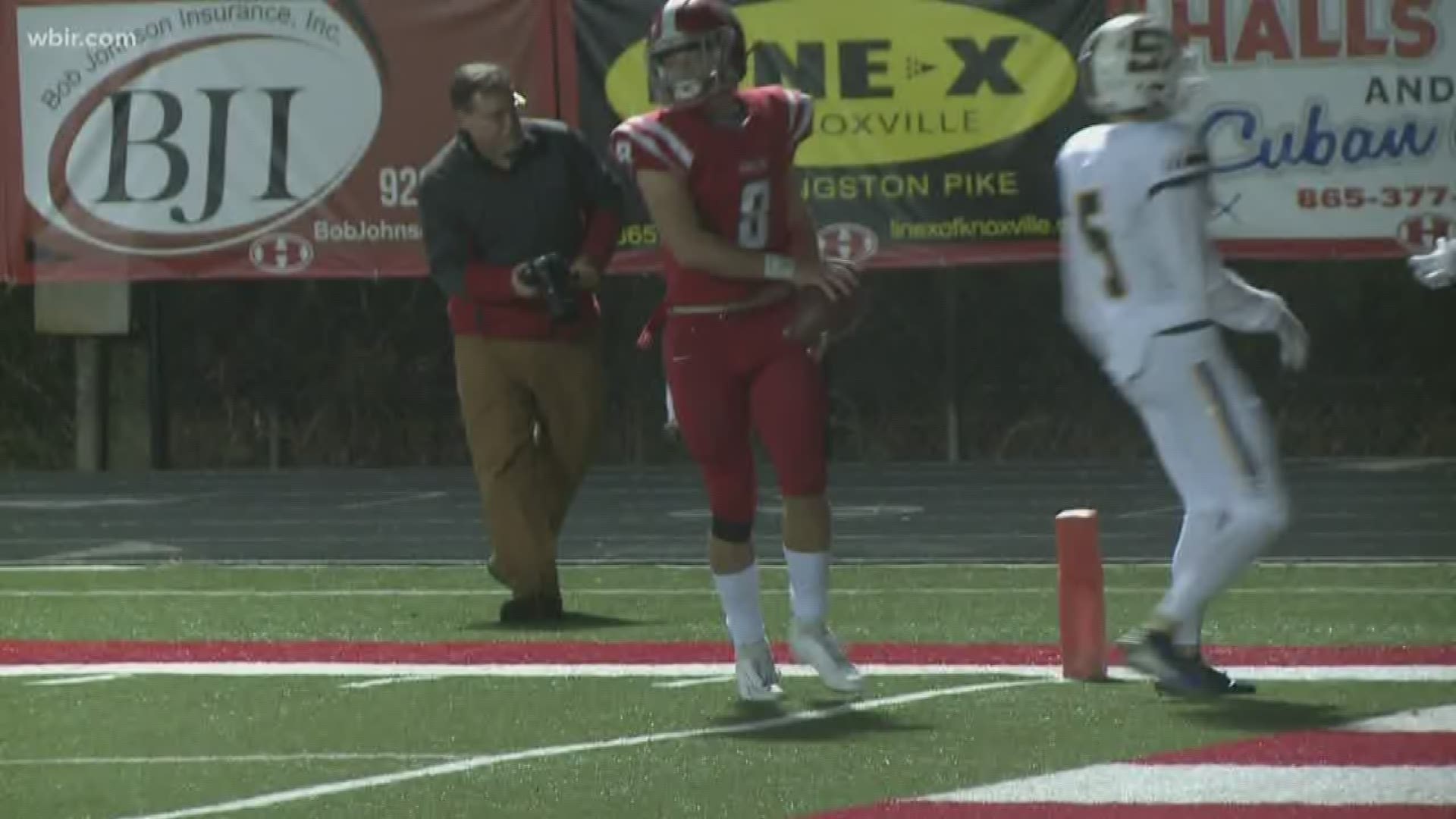 Union County went to Grainger County to take on the Grizzlies on Friday.  This was a huge game, because both teams knew that the winner of this game would earn a playoff spot and a match up with Anderson County next week.  This was a game that was fought mostly on the ground, as both teams combined to throw the ball just eight times all game.  Grainger's Dawson Holt carried the ball 33 times for 219 yards and 3 touchdowns.  While this one was close throughout, Grainger holds on to win.  Final: Grainger 24, Union County 20 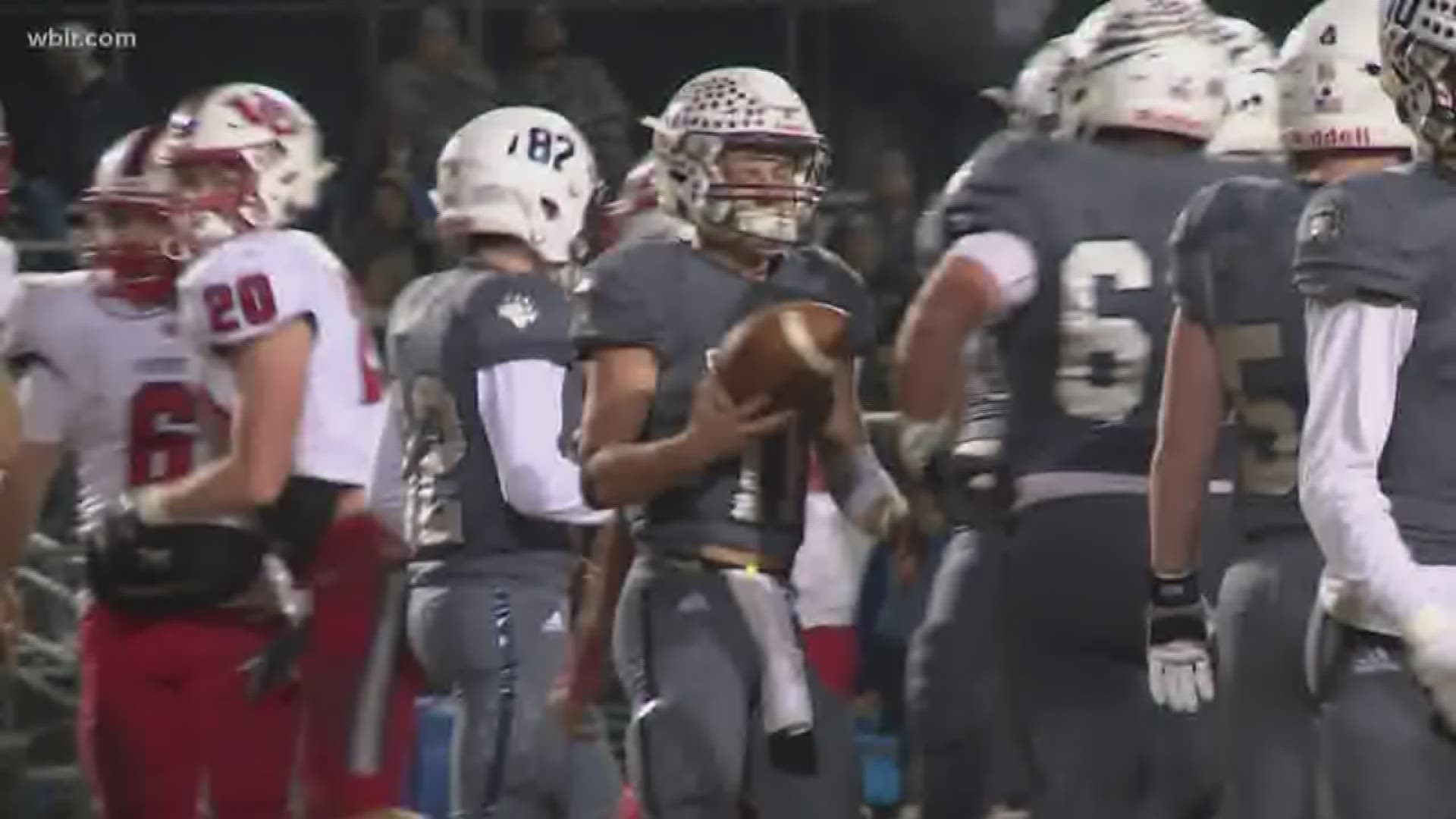 Loudon to a trip down to Chattanooga to face off with Red Bank.  This game had a lot riding on it, because the winner would be named region champion, while the loser would go home as the number two seed.  The road team came out on top, as Loudon gets the win.  Final: Loudon 24, Red Bank 7 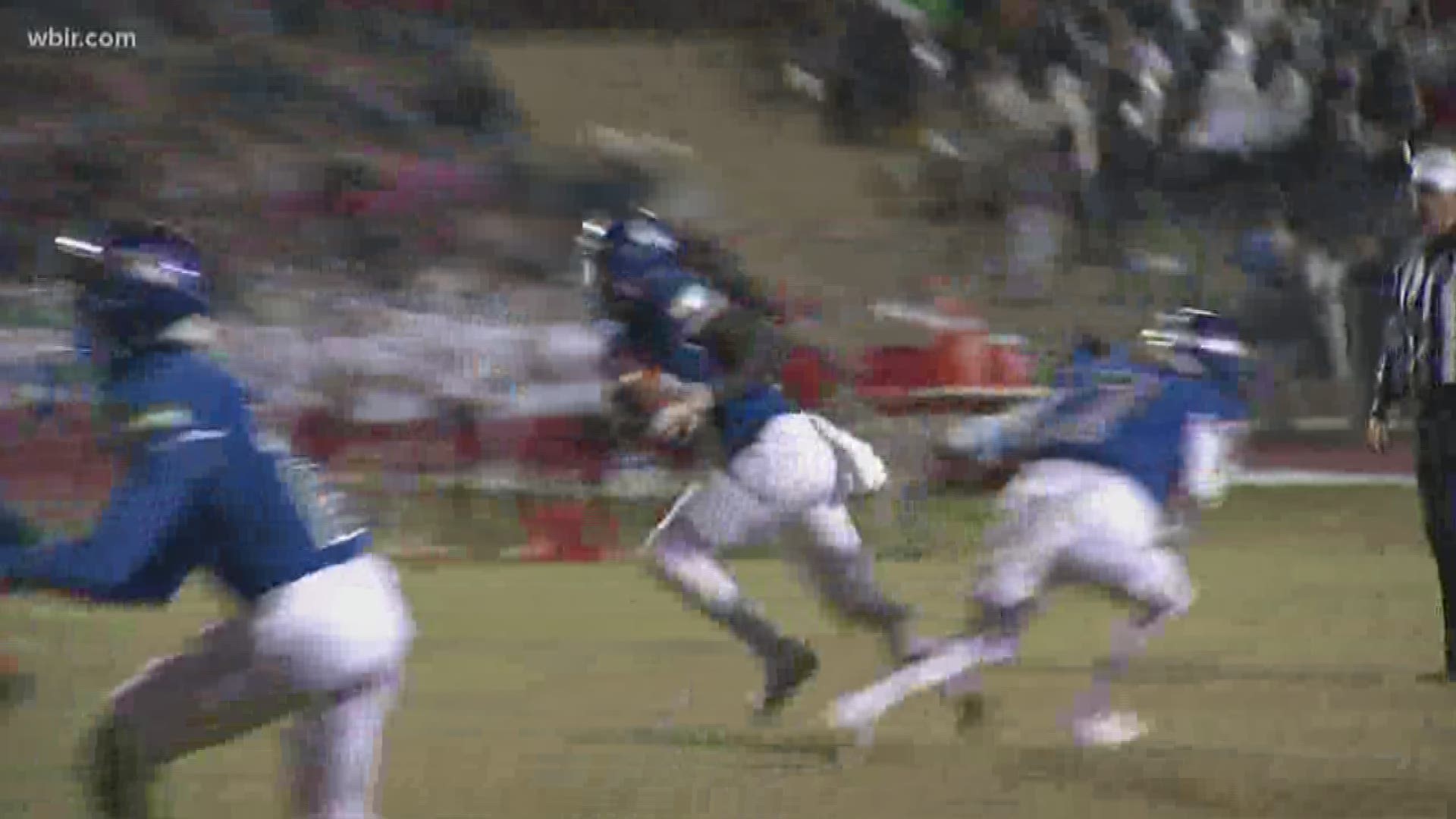 Science Hill hosted Bearden for a chance to win a region title.  Bearden came into the night needing a win or a Hardin Valley loss in order to lock up a playoff spot.  Bearden picks up a win as well as a spot in the playoffs.  Final: Bearden 31, Science Hill 20 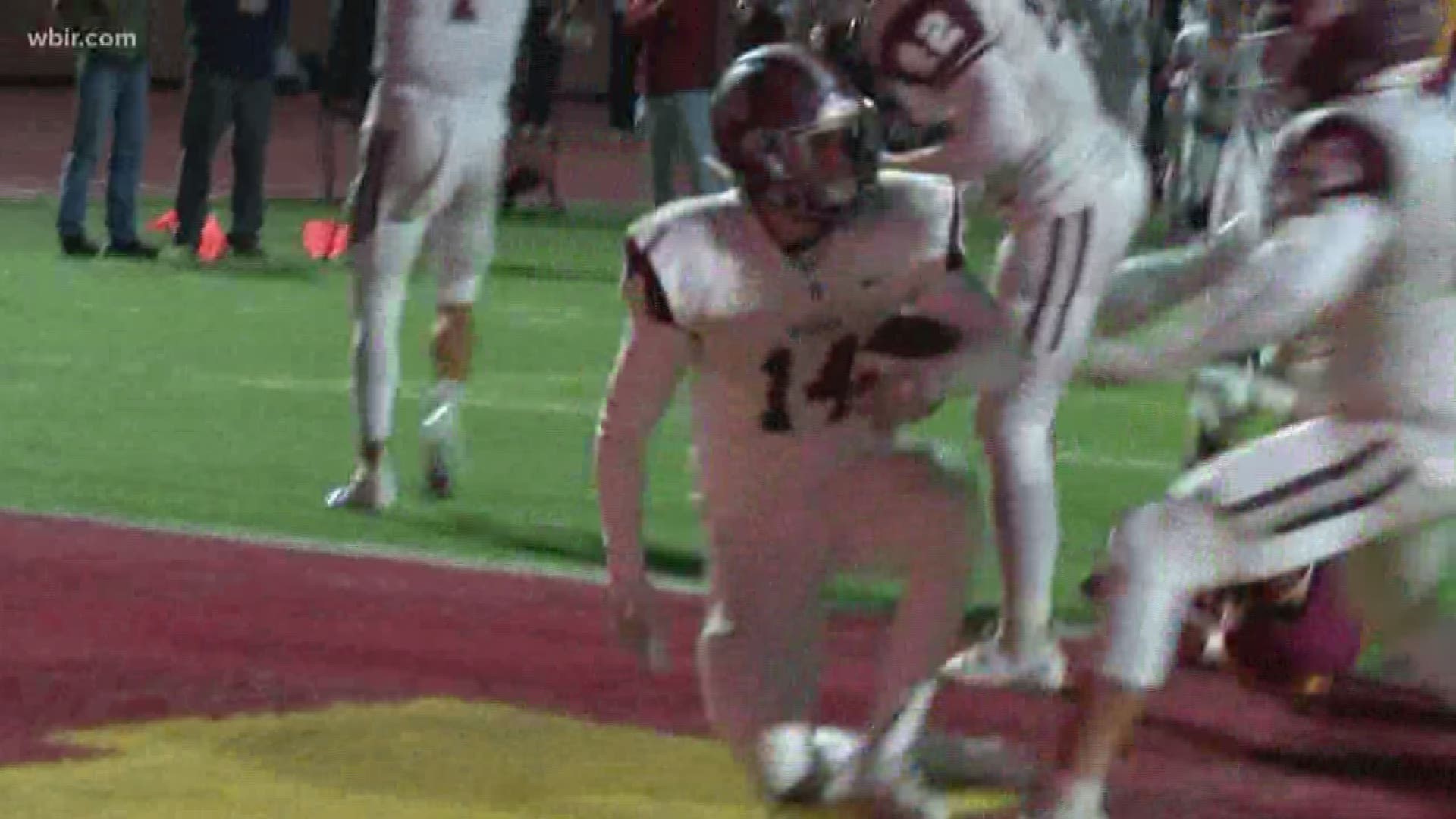