Sevier Co. line backer Garrett Hawkins is our week 7 defensive player of the week after completing 11 tackles, one for loss against Gibbs. 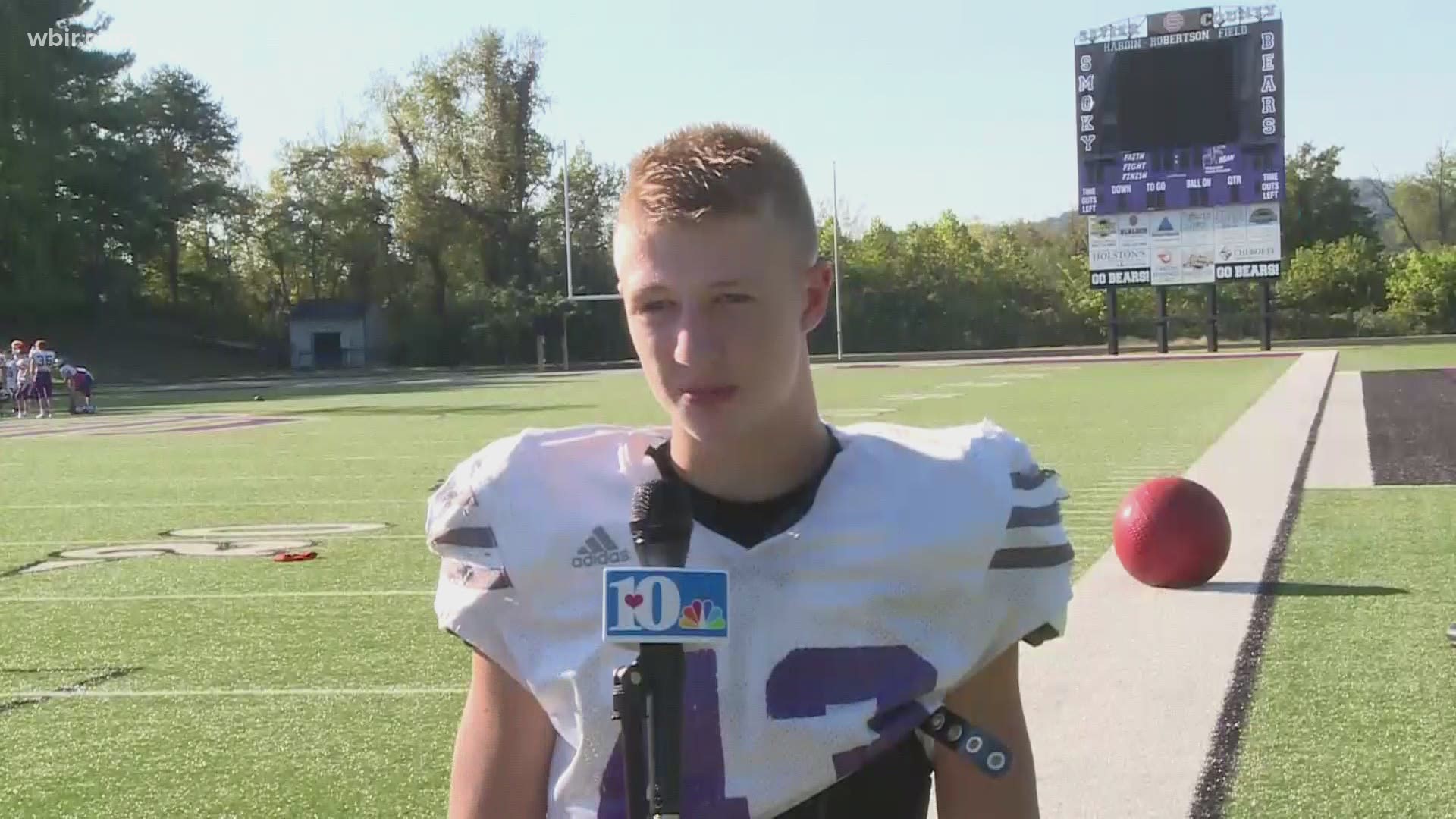 "You can't find anybody that doesn't like him." Sevier Co.'s defensive coordinator Todd Loveday on Garrett Hawkins. "Great student, teachers love him. He doesn't say a whole lot, but he leads with his pads."

Leading by example… that’s what our week 7 defensive player of the week, Garrett Hawkins prides himself on. As just a sophomore, Hawkins has embraced the leadership role on defense for Sevier County. Hawkins had eleven tackles, one for loss in the Smoky Bear’s win over Gibbs last Friday.

"Leading by example, to me, is doing all the right things not only on the field, but off the field too." Garrett Hawkins said.

Hawkins told me he’s quiet off the field, but when he steps on the field, he finds his voice. He was sidelined for the first four games last season after suffering a concussion. During that time on the sidelines, he studied the game at a different angle… telling himself he will be even more prepared to play when the time comes.

"When I came back from the concussion, I was really wanting to get back on the field." Hawkins said. "I had been working that whole offseason, coming out of middle school. I was really looking forward to playing."

Now, Garrett Hawkins is making a name for himself at Sevier County high school as our week seven defensive player of the week.

"In the offseason, we knew it was going to be key for him to put on more weight and be a leader." Loveday said.