Check out scores and highlights from week 8 in high school football. 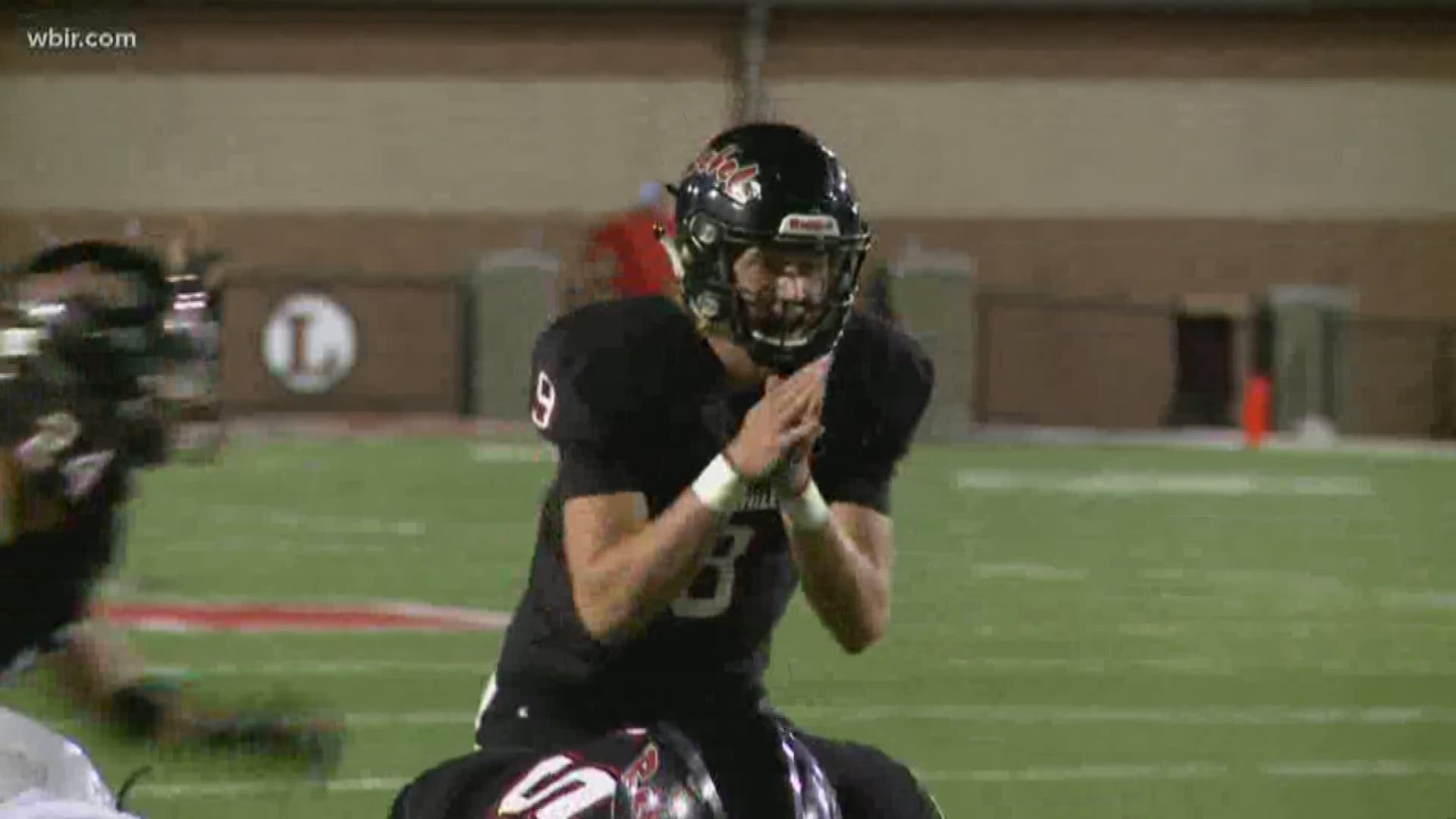 KNOXVILLE, Tenn. — Week eight has come and gone for high school football.  It just took one quick look at the schedule to realize that there were a lot of teams who had bye weeks this week.  For the teams that did play, we've got scores and highlights from around East Tennessee.

Maryville hosted Bradley Central on Friday night, in a match up that featured two 6A schools with only one loss between them coming into the night.  Maryville came in undefeated, and they left Friday night the same way.  The Rebels jumped all over the Bears and ran away using versatile offensive attack.  Final: Maryville 42, Bradley Central 7

Bearden looked to carry momentum after last week's big win over Hardin Valley.  On Friday night they faced off against Jefferson County.  The game was close for the majority of the night, but the Bulldogs were able to pull away late.  Final: Bearden 42, Jefferson County 22 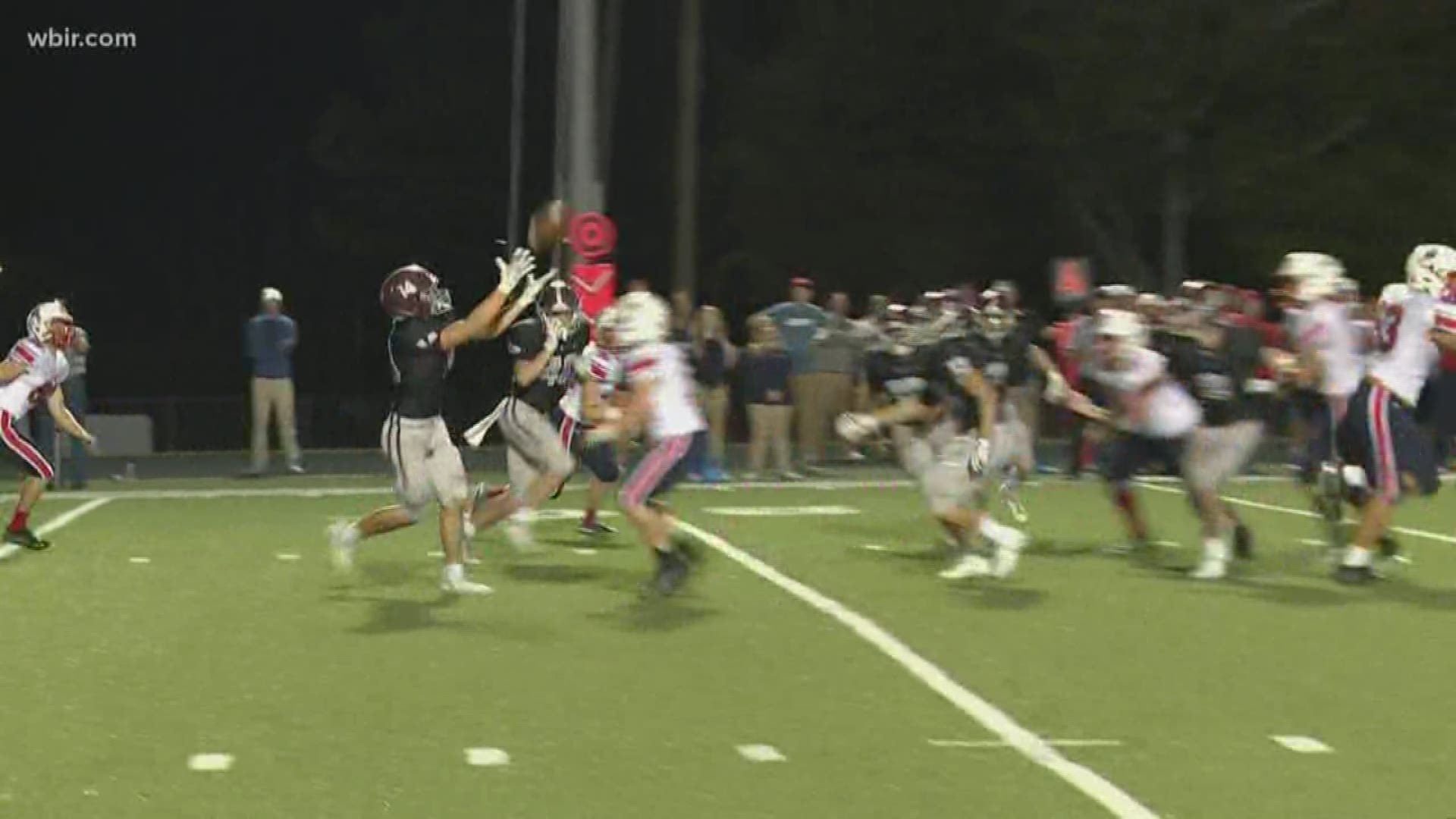 Coalfield hosted Greenback on Friday night.  The home crowd was fired up, but Greenback's talented squad proved too much in the end.  Greenback wins their fifth game in a row, as their offense shines bright.  Final: Greenback 45, Coalfield 20 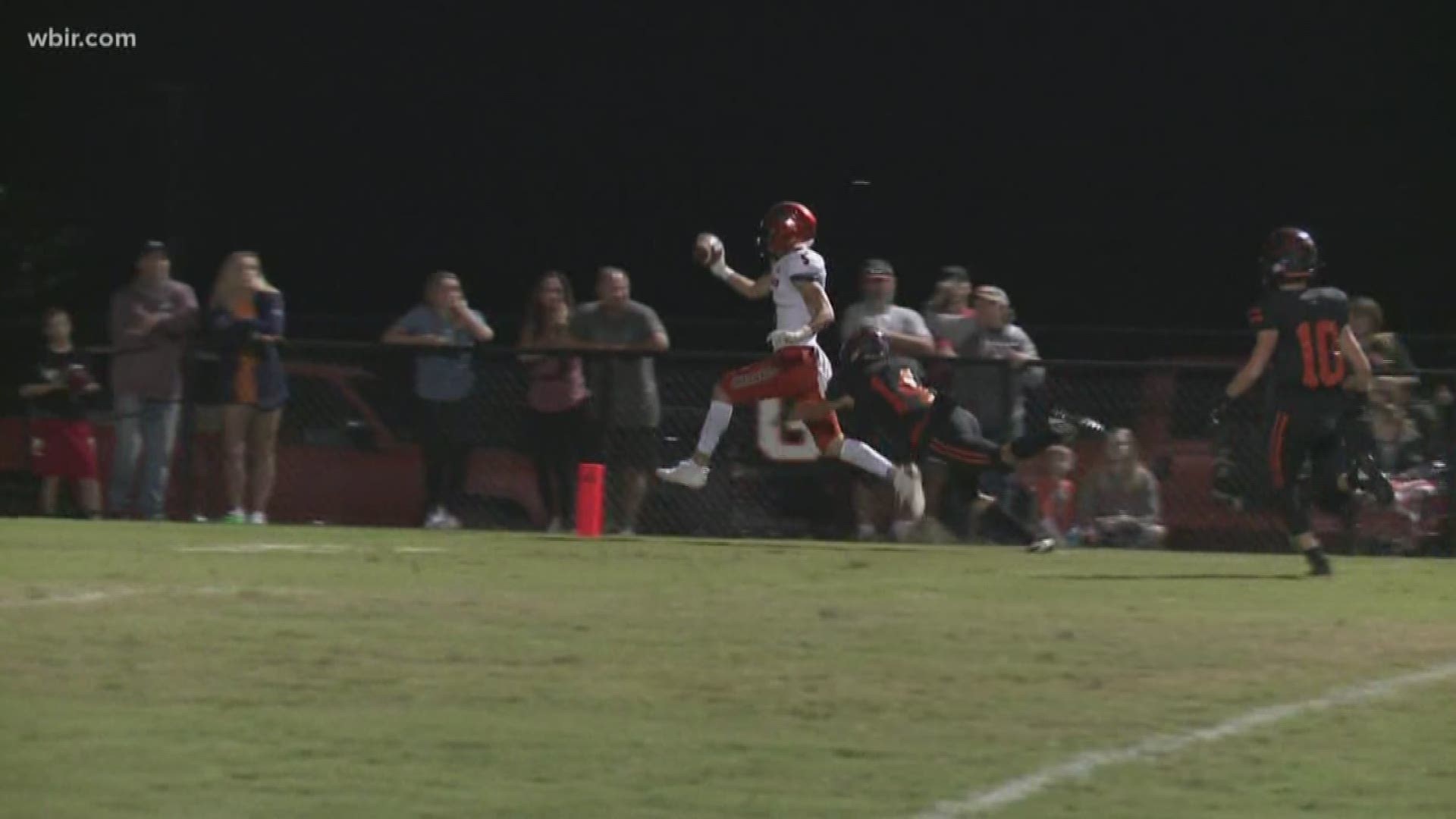 It was homecoming night in Roane County as Scott High traveled to Kingston on Friday.  The stands were packed and both teams stepped on the field with some swagger, as both teams looked to get ahead in the race for the fourth playoff spot in the region.  The Yellow Jacket defense swallowed up just about everything that Scott High tried to do offensively, ultimately Kingston pulled away.  Final: Kingston 20, Scott High 0 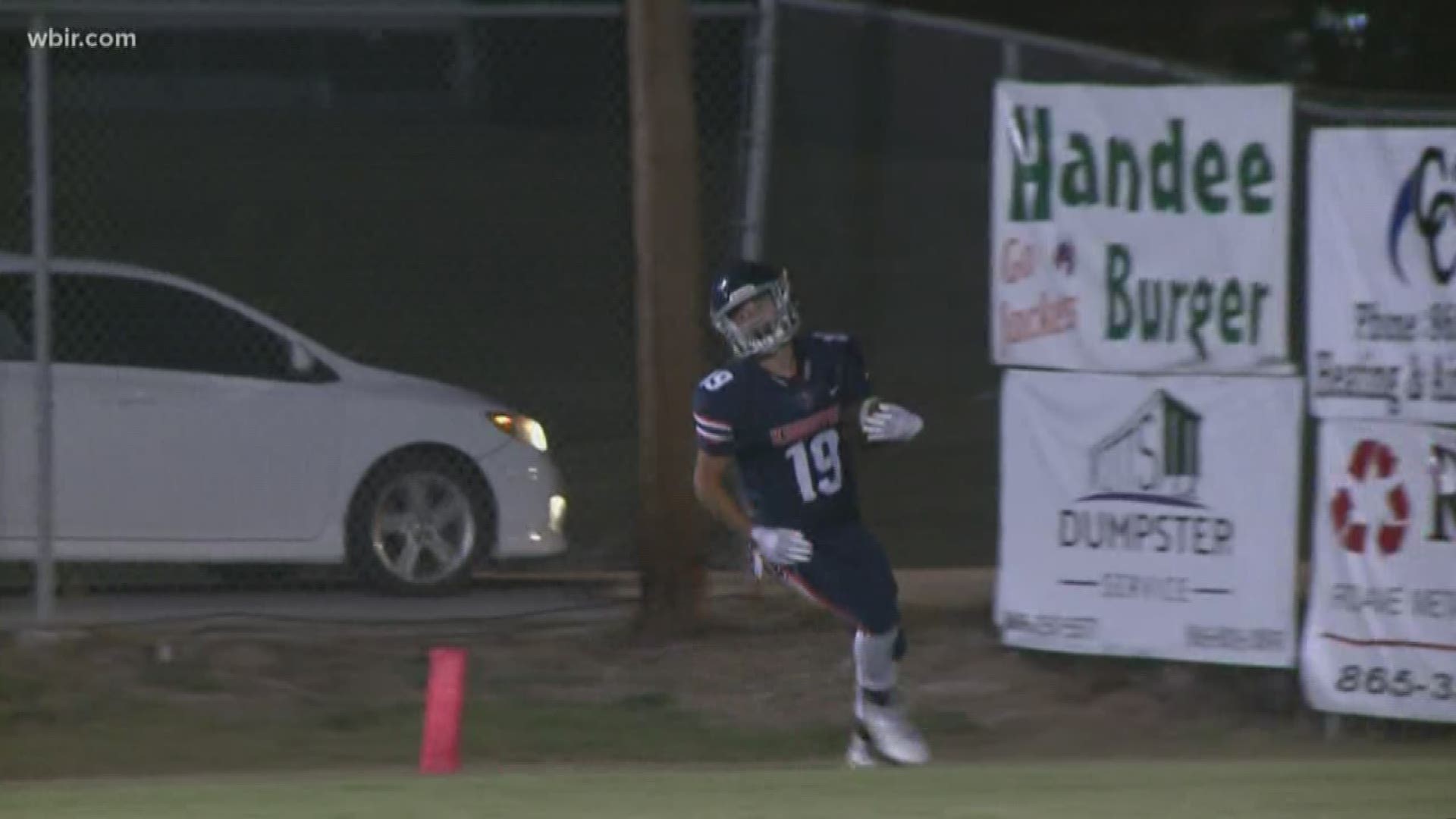 Fulton and Clinton met up on Friday, and both teams were searching for their first win.  The game was still in question as both sides went to halftime.  However, as the second half came, so did the Falcon's offense.  Final: Fulton 36, Clinton 13 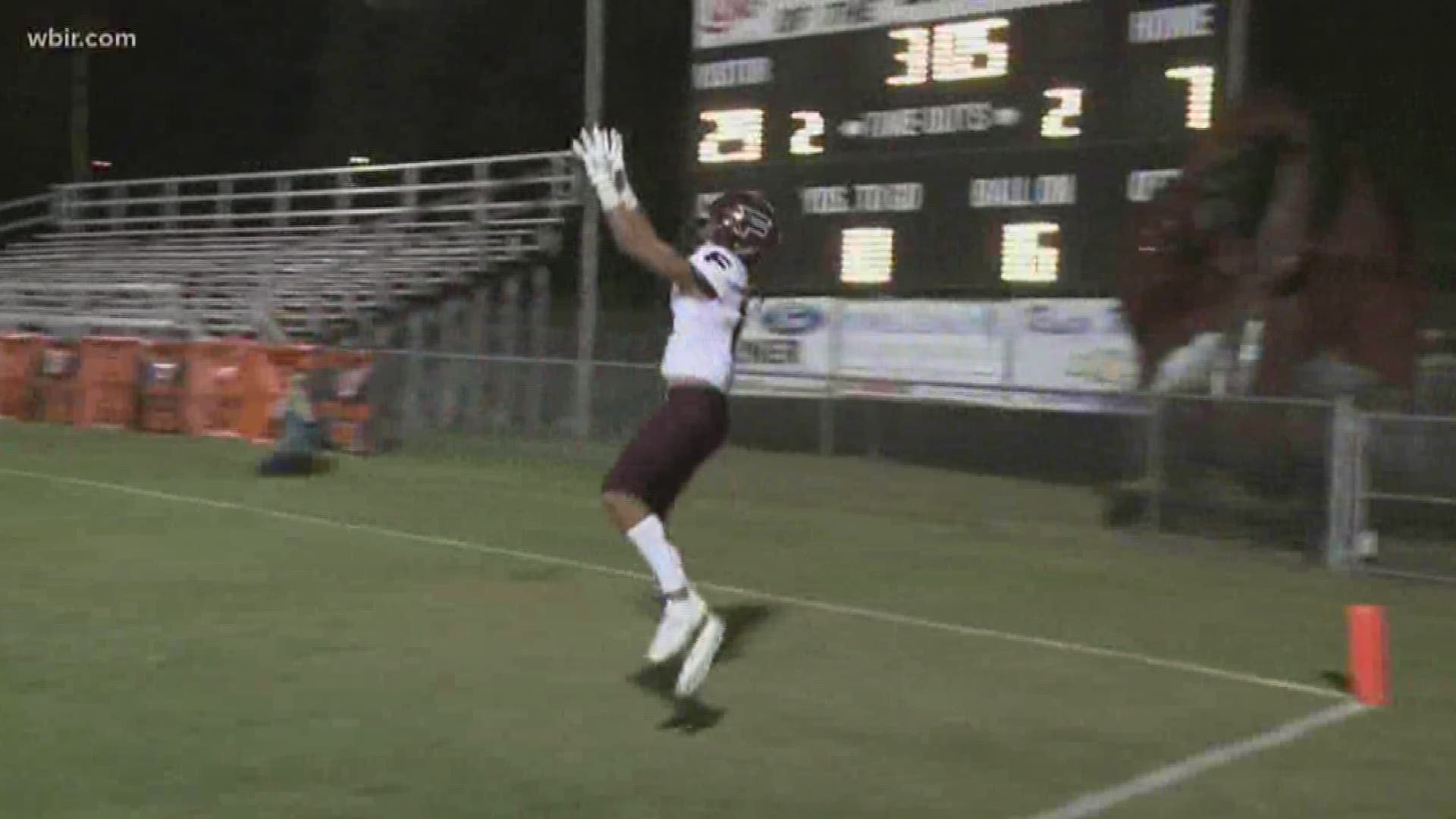 Catholic faced off against West Greene on Friday, and this one wasn't close for long.  The Irish used a strong first quarter to help propel them to victory in blowout fashion.  Final: Catholic 49, West Greene 7 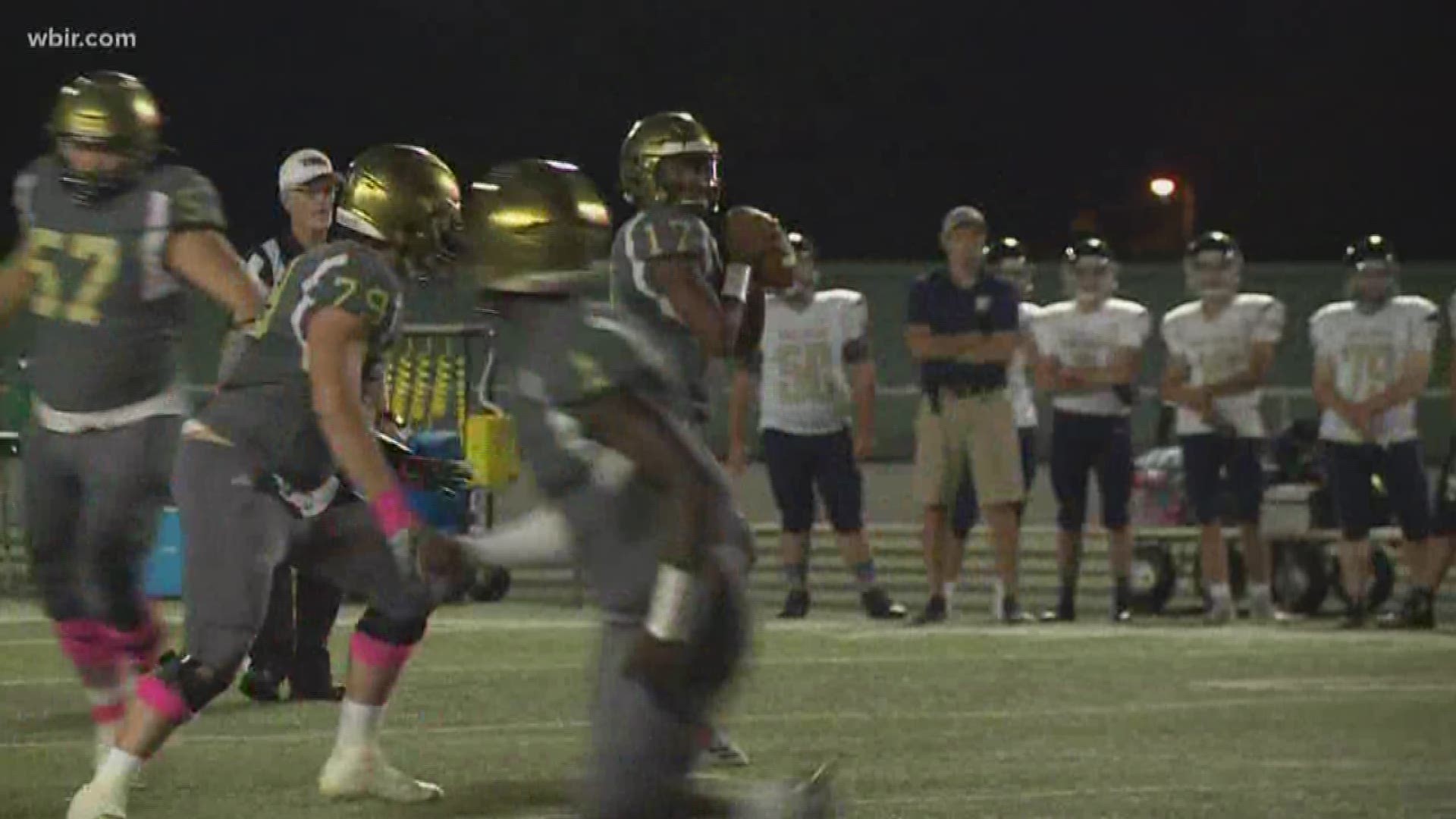