What SEC schools plan to serve alcohol now that the ban is lifted?

While some SEC schools have still not announced a decision, Tennessee and a few others have said they will sell beer at football games this fall 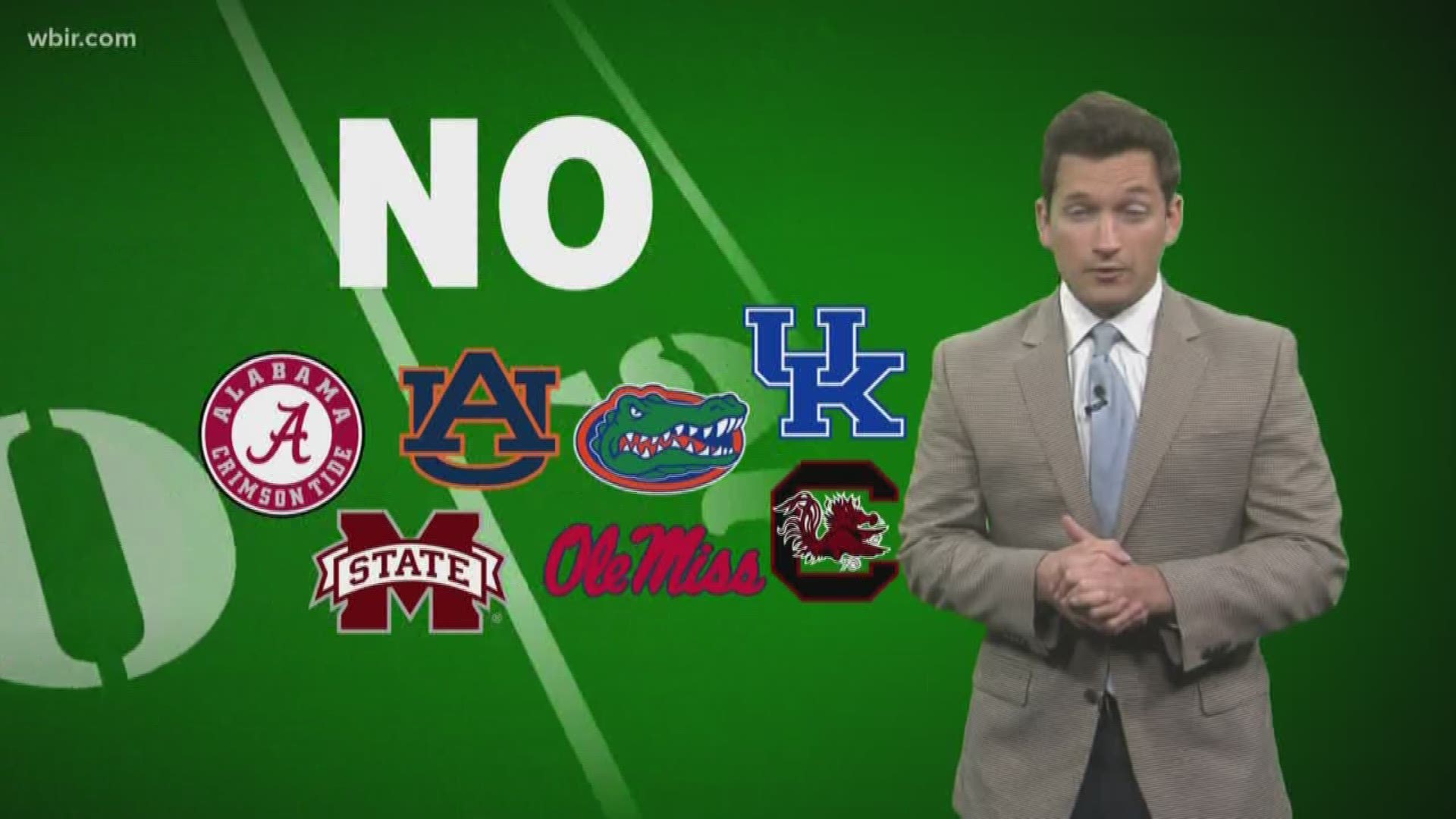 KNOXVILLE, Tenn. — The Southeastern Conference lifted its longstanding ban of alcohol at campus sporting events in May, leaving it up to the individual schools to determine their own policies.

The new policy will go into effect on August 1, 2019, just in time for football season.

So what will each SEC school do?

Beer was served for the first time at the Alice Cooper concert at TBA on August 3. UT called it a trial run on alcohol sales and said it was a success.

RELATED: Knoxville Beer Board moves to approve UT alcohol sales at Neyland and Thompson-Boling, with stipulations

UT officials have not said yet when beer sales could start at football games this fall.

Vanderbilt Stadium will sell alcohol during football games beginning August 31, according to a press release from the university's athletics department.

“Not only will this game day initiative enhance our fan experience, it will provide additional resources to invest in our mission of helping our student-athletes succeed on and off the field, such as through facility enhancements and in other areas,” Vanderbilt vice chancellor for athletics and university affairs Malcolm Turner said in a press release.

The release says fans will be able to choose from a "variety of domestic and imported beers."

Beer will be sold at the four main entry gates, as well as The Bridge area. Craft beers will be sold by the north end zone.

University of Alabama - No

According to a statement from Linda Bonnin, VP of Strategic Communications, “This new policy allows each campus to decide what is right for them. These guidelines will be helpful as we move forward and have future conversations. We have one of the best game-day atmospheres in the country, and we don’t envision making changes at this time.”

Beginning with the 2019 season, fans attending football games at Donald W. Reynolds Razorback Stadium will be able to purchase beer and wine in public areas of the stadium. Alcoholic beverages at Razorback football games have been available since 2014, but previously have only been available in suites and private club areas. The program will now be expanded to create availability for the purchase of beer and wine to fans 21 years or older within designated public areas in and around the stadium.

University of Florida - Probably not this season

No official announcement has been made, but all indications are that there will be no change to the alcohol policy in The Swamp for this season.

University of Georgia - Only with a big donation

Georgia will be selling beer at football games, but at this point, only those who donate $25,000 or more to the university will be able to buy it. No word on if that could change in the future.

University of Kentucky - No

Barnhart said he will continue to listen to fans on the issue. He said the school will monitor how public alcohol sales go in conference schools that have decided to sell, but that he doesn’t want to reevaluate the issue every year, according to the AP.

Beginning in the fall of 2019, beer and wine sales will be available for fans ages 21 and over inside Tiger Stadium. Aramark, LSU Athletics’ concessionaire, will sell a variety of domestic and imported beer as well as red and white wines at most concession stands inside Tiger Stadium. The sales of alcoholic beverages will end at the conclusion of the third quarter in football.

On August 9, the university announced that they will sell beer and wine in Memorial Stadium during football games.

Mizzou Athletic Director Jim Sterk said in a statement, "As part of this move, fans can also expect an increase in game-day messaging and education with regard to responsible consumption and sober driving."

No official statement issued by the university, but state law in Mississippi prohibits the selling of alcohol on college campuses, so it's unlikely at those point.

After a few months on the fence, Ole Miss announced on Aug. 30 it is setting up to sell beer at home football games. According to the Associated Press, the school announced it will begin sales in the second half of the football season on Oct. 19 against Texas A&M. The school said it is waiting so they can assess staffing needs and learn from other schools' experiences, such as Tennessee, with starting up sales. Beer will be sold at The Pavilion at Ole Miss during the 2019-20 men's and women's basketball seasons as well.

University of South Carolina - Not yet

South Carolina will not change its alcohol policy in general areas of Williams-Brice Stadium this season, athletics director Ray Tanner told the Post and Courier. However, that could change in the future, he said.

The Aggies were the first SEC program to announce that it will sell beer and wine in general seating areas at Kyle Field starting this fall.