While the concept isn't new, the satellite technology is. Out of 35 auto mowers being deployed and tested in the United States, two are in East Tennessee. 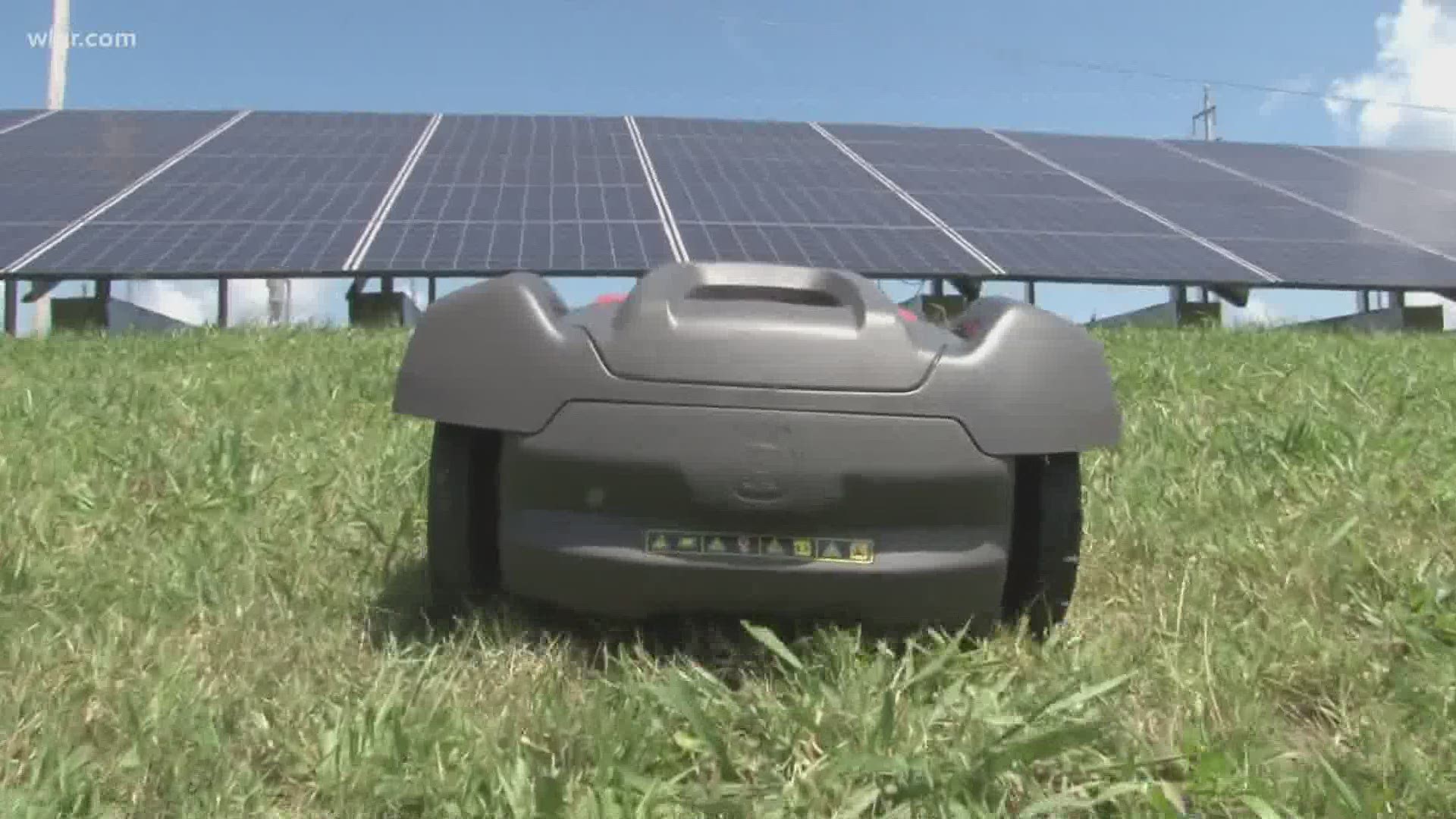 Leeper Hardware in Jefferson City is a leading force in the future of lawn mowing in the region. The third-generation mom and pop shop is the only one in East Tennessee to sell and install Husqvarna Automowers.

"It is just really cool to be kind of a, you know, small town store and be on the leading edge in the area," Hall explained.

The Automower is a robot lawnmower that keeps your grass spic and span without any real effort from the owner.

"It's always mowing," Hall said. "It's maintaining your yard."

Think like a Roomba vacuum but for your yard.

"Husqvarna would say Roomba is like an Automower for your house because the Husqvarna Automower has been around since 1995," Hall clarified.

RELATED: Two Charlotte boys are taking part of a mission to mow 50 lawns for free

While the concept isn't new, the technology is. Instead of a buried invisible fence like in previous models of robotic mowers, it uses satellite and geofencing to stay in the lines.

Owners are also able to control and track the path of their mower on an app.

The equipment is battery powered, meaning the energy is cleaner than what a typical gas mower would emit.

"You have to really see one to believe it I think," Hall admitted.

She has one for herself and bought her mom one recently. She said it's cheaper for her to finance an Automower than to pay someone to mow every week at her mother's house.

Out of the 35 deployed across the United States, two are in East Tennessee. Leeper installed one in the solar field behind the nonprofit Appalachian Outreach to study how the interference from the solar panels may impact the way the mower operates.

Another is on UT's Agriculture campus. It's all for research.

They have big customers, like the Oak Ridge Department of Energy, but service homes across the region too.

Hall said sales are doubling yearly and expects the popularity of the devices to skyrocket in the next 10 years.

"We plan on growing into the future," Hall smiled.

While they grow, the grass won't, since the mower works around the clock to keep the blades of grass at a specific height.